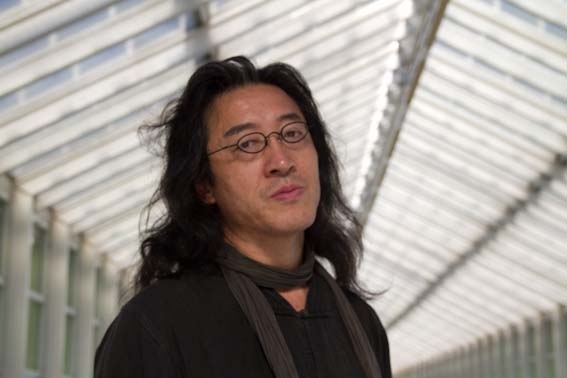 Next week, the London Book Fair will be highlighting the Chinese market by hosting famous writers and big Chinese publishing houses. To set up the program the fair's organizers worked closely with China’s General Administration of Press and Publication, the administrative body that issues licenses for books, magazines and newspapers.

What they didn’t do, according to exiled poet Bei Ling, was invite Chinese writers who are not sponsored by the state — writers who live in democratic cities like, well, London.

“They said very clearly that they don’t want me and that they don’t want to have a panel discussing these issues,” said Bei, who lives in Taiwan and the U.S. after being jailed and then deported in 2000 for his work on a literary journal he helped found called Tendency.

For Bei, the reason for the London Book Fair's focus on state-approved Chinese writers is clear: China's literary scene has become too rich and powerful to boycott over issues such as censorship and the jailing of dissident writers.

Bei cites absent writers such as Gao Xingjian, who won the Nobel Prize in Literature in 2000 and became a darling of Western literary critics for his Chinese epic, Soul Mountain. He also mentions London-based novelist Ma Jian, the author of the travel memoir Red Dust who wrote a story collection set in Tibet called Stick Out Your Tongue, and poet and nonfiction writer Liao Yiwu, who escaped the country last year after the Arab Spring prompted the government to keep a closer eye on him.

The London Book Fair and partner organizer British Council wrote in a statement in response to Bei's charges that no writer is excluded from the fair.

"If Bei Ling or other writers visit the Fair they are welcome to attend any of the events on the programme and join in the discussions," the organizers wrote.

In a separate letter sent to poet Bei, fair director Alistair Burtenshaw and British Council Director of Literature Susie Nicklin wrote that the Market Focus program is targeting work by writers that "regularly appear on lists of the best novelists and poets in China."

Writers who are attending the fair have achieved widespread recognition not just in China, but internationally. The list includes Chinese literary legend Mo Yan, who gained fame with his book Red Sorghum, and writer Bi Feiyu, whose Three Sisters won the Man Asian Literary Prize and who has won China’s prestigious Lu Xun prize twice.

China’s literary scene is growing in size and scope as the country’s dramatic economic and social changes have brought more opportunities for writers and publishers, says Beijing-based translator and editor Alice Xin Liu.

“The purpose of what we’re doing here as translators and writers and editors is to publish literature from China,” she said. “If you only focus on work that is coming from dissident writers you’re missing out on what is going on here.”

Bei, who publishes in U.S. magazines and is on a two-month writing fellowship in Germany in addition to promoting his new memoir, Expelled. About China, writes poems about a range of topics, many of which are not — at least overtly — political.

Even so, when he was scheduled to speak at the Frankfurt Book Fair in 2009, Chinese authorities insisted he and investigative journalist Dai Qing be excluded. Bei and Dai eventually spoke at the fair, prompting the Chinese officials to walk out.

At the London Book Fair, Bei’s only chance to get his voice heard will be talking to people from a booth registered by his Independent Chinese PEN Center and shared with a Hong Kong-based publishing company.

“Things are becoming more difficult for us,” Bei said. “Two-and-a-half years ago we got a little more support in Frankfurt, and now with the London Book Fair we are being shut out — there is a dramatic change happening.”

Bei will not be without some support from international literati. Nobel Prize in Literature-winner Herta Müller supported him in the German press, and Austrian Nobel winner Elfriede Jelinek and German writer Esther Dischereit wrote letters to the London Book Fair supporting him.

Meanwhile, Bei continues to have a dialogue with the London Book Fair and plans to ask questions of any organizers from the fair or the British Council's literature division, which is co-sponsoring the event.

“I understand and am in agreement with you that the marketing of the works of literature is indisputably important,” Bei wrote in a follow-up letter to the organizers of the fair. “However, one wonders if this should take precedence over thoughts as well as ideas concerned with freedom?”