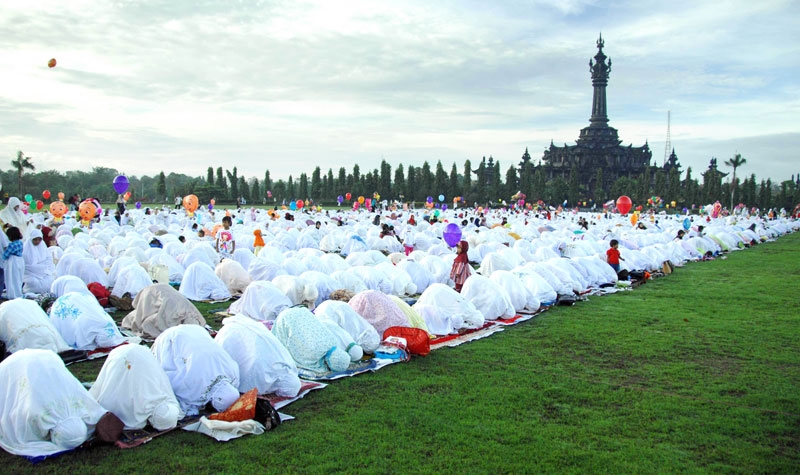 It’s the end of Ramadan, which could only mean one thing: Eid.

Eid-ul-Fitr, celebrates the purification achieved by a month of dawn-to-dusk fasting, one of the five pillars of Islam, and is marked by several days of festivities. For Muslims across the globe, Eid is celebrated with fervor.

Indonesia, the world's most populous Muslim nation, celebrates Eid over a three-day period, while Bangladesh holds a long tradition of "returning home." However, not all Muslim countries in Asia are celebrating the holiday this year.  Deadly flooding in Pakistan and violence in Indian-administered Kashmir have set a somber mood this holiday season.

Eid is usually celebrated as part of a routine: Muslims eat sweets before they visit the mosque in the morning to offer prayers, followed by a meet and greet of families and friends. Feasting, as one may expect after a long month of fasting, traditionally, is part of the routine as women of Muslim households prepare sweets and other savory dishes to serve both families and visitors over a period of three days. The elders then award the young ones in their families with money and gifts as a form of monetary award for fasting during Ramadan.

Watch this video of Eid celebrations in Bangladesh, as families return home to celebrate the holidays: