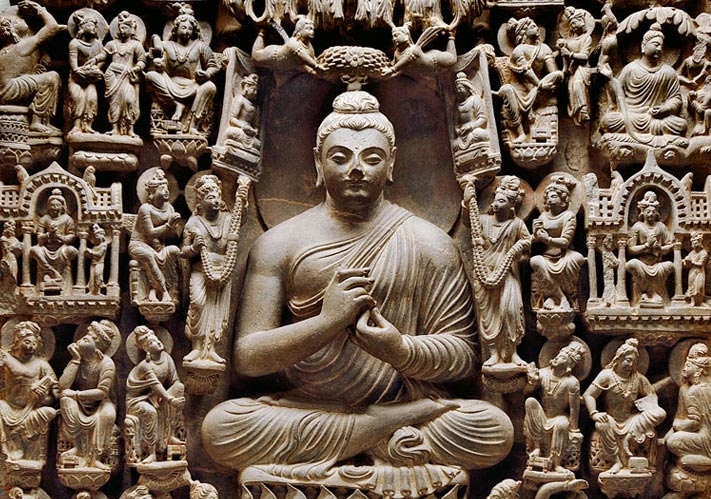 Some of the first human images of Buddha first appeared in Pakistan, notes The Economist in its October 20 feature "The beauty of ancient globalization," covering Asia Society Museum's much talked-about exhibition The Buddhist Heritage of Pakistan: Art of Gandhara, on view through October 30.

The piece outlines the problem of Pakistan’s historical heritage, with its traditions of tolerance and pluralism, being eclipsed by current-day violent extremism. The Gandharan art exhibition, the first from Pakistan in America since 1960, has received major coverage and rave reviews from the New York Times, The New Republic and other outlets.

The exhibition is phenomenal not just in its scope—featuring some of the earliest and most rare pieces from the Gandhara region, which surrounds present-day Peshawar and eastern Afghanistan — but also for the sheer effort by the organizers, an "epic undertaking" that required the involvement of Pakistan's ambassador to the United Nations, Abdullah Hussain Haroon, as well as diplomats, government officials, museum staff and art patrons in the U.S and Pakistan. As Asia Society Museum Director Melissa Chiu comments, the opportunity to see these artifacts collected in one place is a “once in a lifetime chance.”

The Economist calls the sculptures in the exhibition "an extraordinary example of ancient globalization," adding:

The unusual East-West syncretism in historic Gandhara results in some surprising images. One sculpture from the second to third century AD depicts the torso of Atlas carved into schist, a type of stone; figures resembling the Greek deity were common in Gandharan art. A stone palette from the first century BC shows Apollo pursuing Daphne. .... There are some striking examples of Eastern influences on classical forms, such as a Roman Corinthian column that features a seated Buddha instead of a traditional flower.