Dan Rather on His Intro to Asia: Shock Troops in India and Vietnam's 'Jungle Hell' | Asia Society Skip to main content

Dan Rather on His Intro to Asia: Shock Troops in India and Vietnam's 'Jungle Hell'

This is the second in a series of exclusive video interviews with veteran journalist Dan Rather, former anchor of CBS Evening News, who visited Asia Society Studios in New York City in late June. Rather, 80, currently hosts the investigative news magazine Dan Rather Reports, which airs on AXS TV. Rather's memoir, Rather Outspoken: My Life in the News, came out in May.

In the segment embedded above, Rather tells me about his first assignments in Asia — wars in India and Vietnam in the mid-1960s, that he admits he was "ill-prepared" to cover. Rather said his time in India changed him, and that he still has "nightmarish memories" of Vietnam's "green jungle hell."

My first assignment in Asia was to cover the India-Pakistan War of 1965. Because they've had three wars, you always have to say which year, and I covered the conflict in the summer months of 1965. This was the Pakistanis invaded India. They sought to have a Patton-esque swift strike, trying to capture New Delhi, the capital, which eventually failed. But this was one, my introduction to Asia, and two, it was the first time I had seen combat on a large, not quite World War II scale, but it was that kind of battle. Tank battles in the desert with air cover — air battles overhead — Gurkha shock troops on the ground, so it was a first for me in those two areas.

I was sent first by CBS News to Pakistan, to cover the Pakistan side of the war, but I no sooner got there, they felt they had too many correspondents in Pakistan and not enough correspondents in India, so I did a U-turn in effect and went back through Iran and covered the India side of the war, and most of the time was covering the India side of the war. But that was followed immediately, almost immediately by going to Vietnam in the late fall of 1965. And I spent almost a year in Vietnam in ’65 and ’66. So Pakistan-India, the very first, followed quickly by Vietnam, this was my introduction to Asia.

Did the experience change you?

Well it did, it was a tremendous learning period for me, when I covered the India-Pakistan War. And frankly — I can be candid about it because it’s true — that I was ill-prepared to cover in that part of the world, and to cover combat on that scale. So it was a deep immersion for me, and I certainly made my mistakes, but I learned a tremendous amount. And I will say that going to India changed me as a professional and as a person — as a man. A deep, complicated, ancient country, about which, frankly, I knew very little. So I considered it like a crash graduate school course.

What are the memories that have stuck with you from that period of time?

I have so many memories, obviously, of Vietnam, which was, during my time there, and for most of the war period, was a green jungle hell. That I had never seen this kind of death and destruction, this kind of constant savagery — on both sides, on all sides — coupled with what I said before, the immediate predecessor of my coverage there being the India-Pakistan War, but a different kind of war, big open field maneuvering, where Vietnam was guerilla warfare. I have a lot of bad memories of Vietnam. It's difficult, if not impossible, to be there and not have nightmarish memories of the place.

But I always want to emphasize, I felt honored — and I use the word measuredly — to cover American men and women in combat in Vietnam. Because, what everyone may think of the war — it may have been the wrong war and the wrong place at the wrong time for the wrong reasons — but the Americans who went there, went there for the right reason. They went there because they loved their country, and their county had asked them to go. 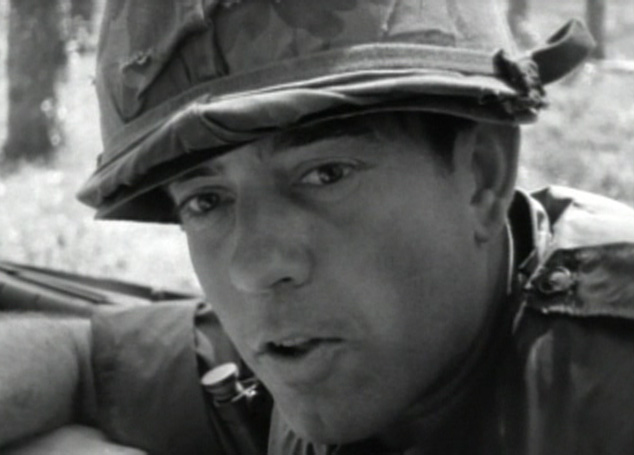