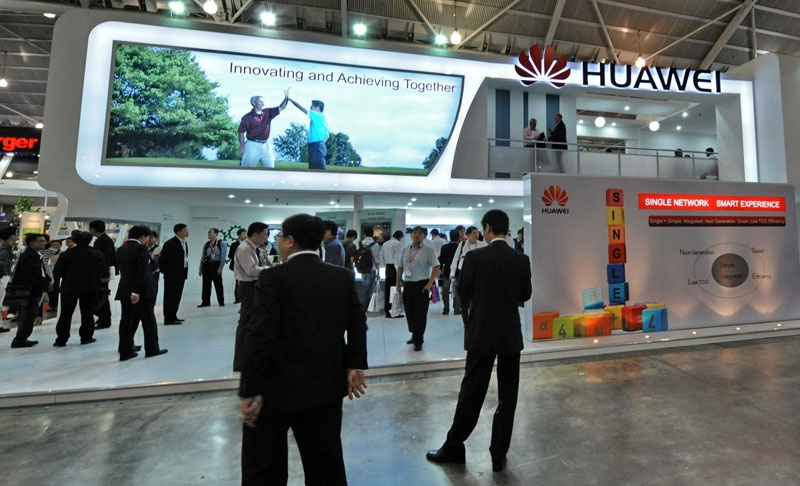 UPDATE: The People's Daily, China's state-run newspaper, has written a report calling McAffee's allegations that China was the "state actor" in the hacking attacks "irresponsible."

"The McAfee report claims that a 'state actor' engaged in hacking for a large-scale Internet espionage operation, but its analysis clearly does not stand up to scrutiny," it said.

The paper supported comments that McAffee "published the report to alarm people into buying more of its cyber security technology."

Chinese hackers have made waves in the news after breaking into, among others, Google, Intel, Morgan Stanley and RSA — the security company whose products protect "White House, the Central Intelligence Agency, the National Security Agency, the Pentagon, the Department of Homeland Security, most top defense contractors, and a majority of Fortune 500 corporations." McAfee suspects Chinese hackers were also responsible an attack on the "United Nations, six attacks on the U.S. Federal Government, five on the U.S. state government and three on U.S. county governments" over a five-year period.

While these hackers don't actually work for the government, the P.R.C. government can turn a blind eye to their illegal activities before turning around to reap the rewards.

A security analyst said that “in point of fact, it was the P.R.C. government taking or demanding access to some of the research that the hackers had been doing, and then using it themselves.

The Chinese government has employed this same tactic in numerous intrusions. Because their internal police and military have such a respected or feared voice among the hacking community, they can make use of the hackers’ research with their knowledge and still keep the hackers tight-lipped about it. The hackers know that if they step out of line they will find themselves quickly in a very unpleasant prison in western China, turning large rocks into smaller rocks.

The fear that the P.R.C. government could strongarm private or unaffiliated Chinese groups into giving up cyber-secrets is reflected in the U.S. government's treatment of Chinese telecom company Huawei.

Sheridan Prasso, an Asia Society Associate Fellow, writes in a new Fortune article that Huawei, despite being "the world's second-largest supplier of telecom and Internet gear," has been at odds with the U.S. government. Officials have lobbied against the supplier, and regulators have blocked its acquisitions.

Critics of the company have leveled accusations that it could be used to spy on the U.S., mainly citing the fact that company CEO Ren Zhengfei "once served in the People's Liberation Army as a telecom technician, and that the company (like AT&T, Sprint, and Verizon in the U.S.) is a military and government contractor in its home country."

Representing Huawei in the United States is William Plummer, who preaches his mantra to government officials: "Huawei is Huawei, not the Chinese government."

"This year GE sold 150 locomotives to Pakistan," Plummer told Prasso. "Following that logic, if the U.S. went to war with Pakistan, then GE would derail the trains? That's just silliness. That's not how a multinational company would want to risk its future."

Whether Huawei is a victim of the yellow menace scare or a genuine national security threat remains to be seen, but the company won't be giving up on the U.S. market anytime soon.

"We just have to be patient," said Huawei North American head Charles Ding.