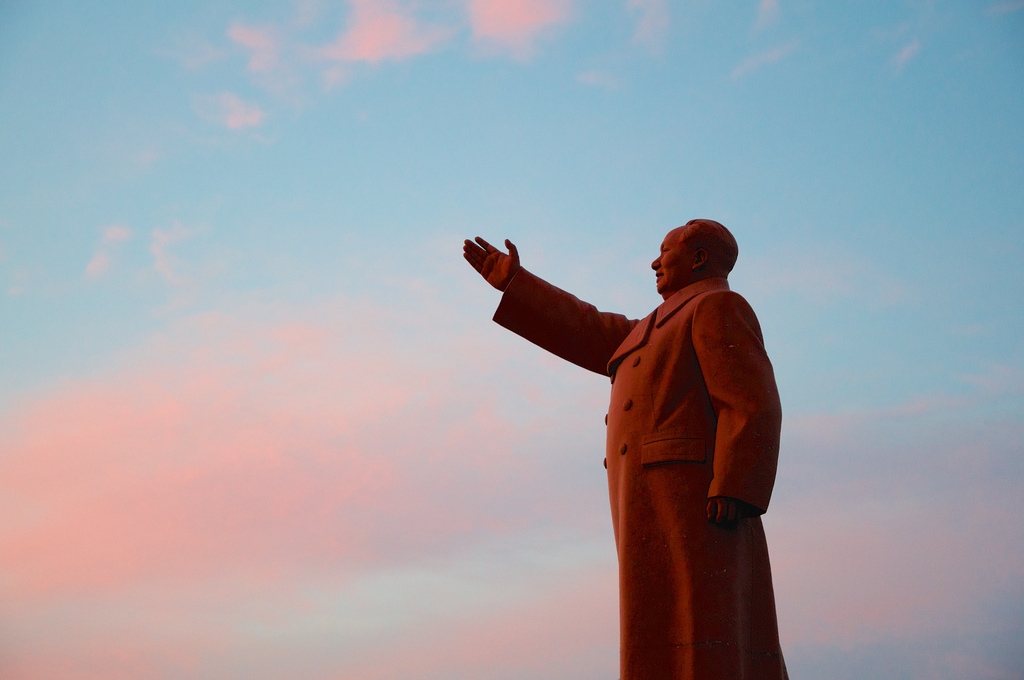 During the lead up to the 18th Party Congress of the Chinese Communist Party last week, expectations among Chinese citizens and foreign observers were high that at its conclusion the new General Secretary Xi Jinping would introduce a vigorous Politburo Standing Committee (PBSC). It was hoped the new leadership could move aggressively to address the many political problems facing China: from widespread official corruption at the highest levels to protests against unpopular development plans by local governments. Speculation among Chinese netizens on Weibo microblog sites, and among in-the-know Hong Kong and Taiwanese media, was that younger local leaders such as Guangdong Party Secretary Wang Yang, 57, who had deftly responded to local protests and stepped in to replace unpopular local leaders beneath him, would constitute the majority of the incoming PBSC.

Instead, what the Chinese people and the world saw at the press conference in the Great Hall of the People on Nov. 15 was two 50-somethings, Xi Jinping, 59, and Li Keqiang, 57, joined by five 60-somethings, many of them with strong ties to former leader Jiang Zemin (top Party leader from 1989 to 2002) and having clear reputations for being Party stalwarts. Given that the outgoing Party Secretary was not even allowed to retain membership on the Central Military Commission, as his predecessor Jiang had done in 2002, the message was clear: Hu Jintao and outgoing-premier Wen Jiabao’s tentative political reforms did not translate into personnel changes at the top that could last beyond their tenure in Zhongnanhai. Jiang and his supporters clearly held sway, although given Party rules restricting the age of PBSC leaders to those under 68, their victory merely means that any real transition in leadership, and vigorous political reforms to accompany them, is likely going to have to wait until 2017. At that point the five elder “chaperones” on the PBSC are required to finally retire and let the “next generation” take charge.

Why the delayed transition? We will likely have to wait decades to find out the untold blow-by-blow story of the 18th Party Congress, but several structural features surrounding the new leadership team suggest that the Communist Party is facing serious internal division over the direction and speed of political reform. First, the Party leadership agreed to “choke up on the bat” and reduce the size of the Politburo Standing Committee from nine to seven. In reducing the number of contending personalities and agendas that have veto power over day-to-day decision-making at the center of the Party, they are making it more likely they will be able to reach policy consensus. Related, they chose to fill those seven positions men who are not known for flamboyance, idiosyncrasy, iconoclasm, color or excessive individualism. In other words, they are cadres not like Bo Xilai, the former Politburo member ousted for family crimes and corruption, but also for public behavior and a populist leadership style calculated to distinguish himself from the traditional faceless technocrat who has controlled the Party for the last three decades.

Second, although the 200 or so Central Committee members are increasingly drawn from the ranks of local leaders who have served long terms within one locality, the Party leadership chose for the PBSC cadres who have experience working in multiple localities. The 17th PBSC had nine leaders who had served in 18 of China’s provinces, cities and special autonomous regions, for an average of three locations for each leader. The new 18th PBSC has only seven leaders, but they have served in almost half (15) of China’s localities, also for an average of three localities each.  China is a very diverse and a very large country, and its new Party leaders have personal experience working in half of its local governments.

Fewer seats at the top table, but an equally large number of ties and connections to China’s many localities, indicates a de facto centralization of power within top organs of the Communist Party. The fact that five of the seven men sitting at that table must leave the room in 2017 means that if new Party Secretary and President Xi Jinping and his right-hand man premier-designate Li Keqiang wish to take charge and steer the government in a new direction they will have to come to terms with the man who was largely responsible for seating those five men at the table: 86-year-old Party patriarch Jiang Zemin. Political reform in China is officially a waiting game, and Jiang’s health is set to become the truest barometer of political change in the next five years.

This story was also published on CNN GPS.

Steven W. Lewis is the C.V. Starr Transnational China Fellow at the James A. Baker III Institute for Public Policy at Rice University. He is an Asia Society Associate Fellow.
@LiuQiongyi