'Character Amnesia' a Growing Problem in China and Japan 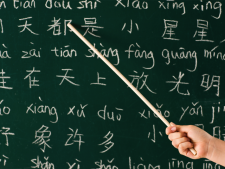 Anyone struggling to learn how to write Chinese or Japanese characters now have an excuse to be a little less hard on themselves. Why? Apparently, Chinese and Japanese youth forget how to write characters too! The "Character amnesia" phenomenon is growing rapidly across China, the AFP reports. In Japan too, young people are forgetting how to write characters without the aid of computers and cell phones. This fairly recent development is causing both young and old people to fear for the future of their ancient languages.

A China Youth Daily poll conducted in April found that 83% of over 2,000 respondents admitted to having difficulty remembering how to write certain characters. The general consensus is that the problem is due to dependence on computers and cell phones. Most Chinese people use electronic input systems based on pinyin. (Pinyin is the Romanized spelling of Chinese words.) Users can type in the pinyin for a word and access the character instantly. People must be able to recognize the correct character, but the need to write the character from memory has become somewhat obsolete.

"When I can't remember, I will take out my cell phone and find it (the character) and then copy it down," says 21 year-old university student Li Hanwei. Li admits that she rarely, if ever, needs to write a character from memory without the aid of electronics. Because of this, Li and other young people have begun to keep handwritten diaries, purely for the purpose of warding off "character amnesia."