In Burma, Signs of Confrontation to Come | Asia Society Skip to main content

In Burma, Signs of Confrontation to Come 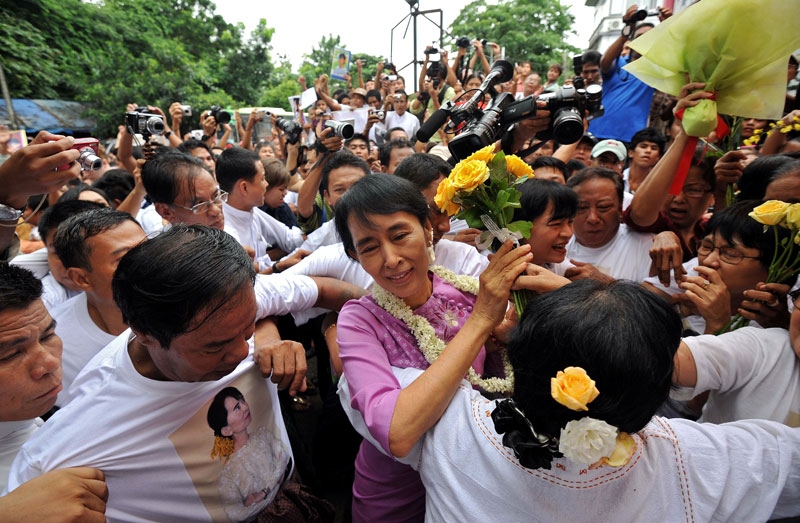 As Burmese democracy icon Aung San Suu Kyi prepares to tour her country despite warnings from the hard-line government, a new confrontation may be brewing. After all, the last time Suu Kyi toured the country in 2003, the crowds that greeted her so spooked Burma’s rulers that pro-government thugs attacked her motorcade in an apparent assassination attempt. She was then detained for seven years.

Is the government getting ready to detain her again? “I think that history never repeats itself exactly,” says Priscilla Clapp, Senior Advisor to Asia Society's 2010 Burma Policy Task Force and former Chief of Mission at the U.S. Embassy in Burma. “I think that it would be a setback to their new government if they did something like that this time … a serious setback, because there would be quite a reaction from the ASEAN governments to this,” she said, referring to the Association of Southeast Asian Nations.

Burma, also known as Myanmar, has asked to take over the ASEAN presidency in 2014. “So if there’s an incident, I think, with Aung San Suu Kyi, it’s going to set all of that process back,” Clapp says.

Then again — “who knows, they may try anything,” she adds.

Suu Kyi “made a statement the other day against violence, which I thought was a very good statement,” Clapp says. “There is a lot of violence in the society. It’s politically primitive because it’s been held back for so long, and people tend to reach for violence to resolve differences. It’s just not an effective way forward, as we know.

“The only answer in the long run is dialogue, and the sooner the government finds a way of entering into dialogue with her and her supporters, the sooner they’ll start finding a way out of this confrontational relationship between the democracy forces and the government.”

Yet, the chances of that happening are slim, she says. “I don’t know what you do about changing national character.”

What do you think? Can Burma escape the cycle of its recent history?

The following is an audio slideshow featuring an interview we conducted with Clapp in early June: