Book Excerpt: 'Another Swimmer' by Xujun Eberlein (from 'Chinese Characters') 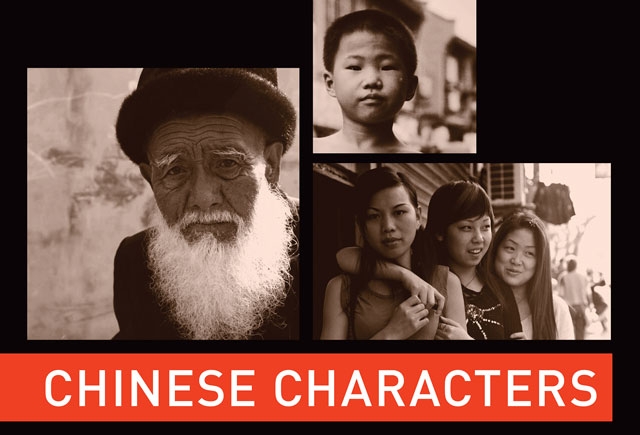 Chinese Characters: Profiles of Fast-Changing Lives in a Fast-Changing Land, co-edited by Angilee Shah and Jeffrey Wasserstrom, is a provocative new book from University of California Press that challenges familiar media stereotypes of China by portraying the immense variety of lives actually being lived by ordinary Chinese people. Some of the most talented and respected journalists and scholars writing about China today — including Peter Hessler and Evan Osnos, among others — create a multifaceted portrait of a remarkable country undergoing extraordinary transformations.

When I first met He Shu, he wanted to know how my sister Ruo-Dan had died. He was painstakingly collecting historical facts and stories about the pitched battles between rival factions during the Cultural Revolution era in China, and he thought that my sister must have been killed in one such skirmish.

I was visiting my hometown, the booming riverfront metropolis of Chongqing, in August 2006. He Shu was a scholarly man in his late fifties and was working on a book about the city in the late 1960s. We sat at a plastic table at a teahouse downtown — well, not really a teahouse at all, though that was what it called itself, but a café, which served Coca Cola and Sprite, with their names translated into Chinese.

It was a far cry from the traditional teahouses I so fondly remember from my youth: square bamboo tables, teapots sporting foot-long spouts that could be poured across a table with never a drop spilled, penny-a-cup "old cool tea," and chirping, chatty "tea guests" cracking sunflower seeds. Those were gone, replaced by soda shops, like the one where I met He, with prices out of range for the average Chongqing resident. Such a commercialized "teahouse" felt like an unfit place to talk about a tragedy 40 years old.

I gave He Shu a copy of the Canadian magazine Walrus that contained an essay I had written about my sister's death. It was not bullets that killed Ruo-Dan. She drowned in July 1968 while commemorating the second anniversary of Chairman Mao's famous swim in the Yangtze.

Ruo-Dan went into the Jialing River without so much as elementary swimming training. She did not expect that the current would be so rapid. Today's young people might not understand why she did it, but at the time, it was an act of faith, a hearty response to Mao&'s calling on Chinese youth to be tempered in big rivers, to "learn how to swim by swimming."

Without question, the Cultural Revolution that roiled the country from 1966 through 1976 was one of the biggest disasters in modern China's history. And yet a question continues to bother me: How should I evaluate the role of its many well-meaning young participants, such as my sister? My first meeting with He Shu was a moment for personal and intellectual exploration of the two years of intense violence that engulfed my hometown during the height of the Cultural Revolution. The masses split into two competing factions, each of whom claimed that only they truly understood Mao's words and theories. They engaged in wudou (armed fights) that amounted to a civil war. Faction members included not only the student Red Guards but also workers and peasants who called themselves "Rebels," a proud name alluding to Mao's famous maxim "It is right to rebel."

These kinds of factional fights broke out nationwide, but the deadliest battles occurred in Chongqing, in part because it housed many munitions factories. Thousands of people were killed on each side. Both my sister's and my mother's diaries from the time are filled with pages describing the horrors they witnessed: buildings burning, bodies lying on streets, and the gruesome deaths of acquaintances. This period is the subject of the book He Shu was working on when I met him.

He Shu was born in 1948, three years before Ruo-Dan. Though a native of Chongqing, he was not in town during the conflict, thanks to the Anti-Rightist campaign of 1957 when his father was designated a "rightist" for criticizing the Chinese Communist Party. As the son of a rightist, He was not allowed to attend high school and was instead sent to a temporary job at an oil field in the remote mountains of Sichuan Province. In the chaos of the Cultural Revolution, He Shu's oil field shut down and he was sent back to Chongqing, arriving home just as two years of violence in the city was ending. The distance gave him a literary sort of perspective; he saw the grandness of the Cultural Revolution as the perfect subject for an epic novel. To his delight, his father had collected and neatly bound nearly all of Chongqing's factional tabloids, which published everything from news and political commentaries to essays and poems. The tabloids ceased publication in late 1968, when Chairman Mao began disbanding all factional organizations and dispatching the student Red Guards from the cities to the countryside to be "reeducated" by poor peasants.

In 1970, Beijing launched a new nationwide campaign against "reactionaries," an elastic term, this time aimed at the ex-Rebels who had fought in Mao's name. Chongqing's authorities threatened to severely punish anyone in possession of faction tabloids. The pressure was so great that He's grandmother constantly cried and begged his father to get rid of their papers. He Shu reluctantly unbound the tabloids, picked out a few pages to hide and used the rest for cooking fuel. "It was very painful to see those hard-to-find-again tabloids turning into ashes," he told me.

In 1975, He wrote a screenplay about Chongqing's Cultural Revolution and mailed it to every film production company in China. Rejections and criticism were the only responses he got, the angriest from the E'mei Film Studio in nearby Chengdu, which demanded: "How dare you call Lin Biao 'comrade'!" The media had once hailed Communist Party Vice-Chairman Lin Biao as Mao's "most intimate comrade," but after his plane crashed in Mongolia on September 13, 1971, during an alleged attempt to defect, he could only be referred to as a "bandit." In a scene when Lin is still alive, a character in He Shu's screenplay uses "comrade Lin" instead of the official postmortem damnation, thus violating convention. (When He told me this, we both laughed hard at the absurdity of the rebuke.)

He Shu again started to collect artifacts of the Cultural Revolution in late 1976, after Mao had died and the country had begun to emerge from the chaos of the preceding decade. The deeper into his research he went, the more he realized that "the true historical contents and details are far more complex, exciting, surprising, and hard-to-imagine than fiction." Over time, his focus changed from fiction to history. In 1996, on the thirtieth anniversary of the Cultural Revolution, his article about foreigners in China (respectfully called "foreign experts") who participated in Rebel factions was published in the Hong Kong journal 21st Century. Since then, he has been devoted to Cultural Revolution research and writing, both in his capacity as an editor of a Party history magazine — an unusual position for him to hold, because he is not even a Party member — and in his spare time.

In recent years, He Shu has helped many former leaders of Rebel factions write their memoirs to "rescue the folk history" of the era. He talks with urgency about these memoirs: those who remember are getting old and some have already passed away. The writings, without a publisher in mainland China, mostly circulate online among old comrades of the authors and researchers like me.

He Shu's effort is significant, especially because the Cultural Revolution research, limited as it is, has not given voices to the participants.

Only when the mentality of the participants is adequately understood can another such "unprecedented great revolution," as it was called at the time, be avoided.

In that first meeting with He Shu, I mentioned a date: July 16. On that day in 1966, the 72-year-old Mao Zedong reportedly swam fifteen kilometers in the Yangtze. It was a show of strength to Mao's political enemies and signaled the violent high tide of the Cultural Revolution. It also sparked a thought for He.

To use a Chinese idiom, the name struck my ear like thunder. Zhou Rong was a household name when I was a child. His Red Guard group was known to have the most intrepid fighters in Chongqing. Every once in a while, we heard that Zhou had been killed in battle, but somehow he always managed to resurface. I wanted to meet Zhou, the other swimmer. His feelings might help me understand how my sister had felt on July 16.