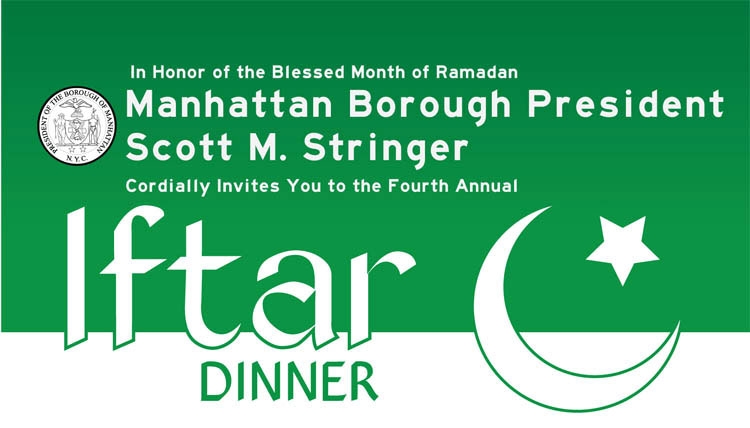 Asia Society Director for Performing Arts and Cultural Programs, Rachel Cooper was honored with an award yesterday at the Fourth Annual Iftar Dinner, a celebration of Ramadan that brings together leading members of New York's Muslim community.

Manhattan Borough President Scott M. Stringer recognized Cooper for her efforts in creating understanding between the U.S. and Muslims in Asia through the arts. Among her many efforts towards that goal, Cooper directs Asia Society's Creative Voices of Islam in Asia, a "multi-disciplinary, multi-year initiative that seeks to increase understanding and appreciation of the diversity of creative voices within contemporary Muslim societies in Asia."

Cooper has an extensive history of organizing "myriad panel discussions, lectures and arts demonstrations to provide deeper understanding and context for the public." In 2010, for instance, she co-authored the report Making a Difference Through the Arts: Strengthening America’s Links with Asian Muslim Communities, a comprehensive examination of how cultural exchange can facilitate greater understanding between the U.S. and the more than half of the world's Muslims who live in Asia.

In 2010 Cooper also partnered with the group Pakistani Peace Builders to present a Sufi music festival at venues that included Asia Society New York, the Rubin Museum and the public plaza in Union Square. In 2009 she was a co-organizer of the city-wide Muslim Voices: Arts and Ideas festival.

Just last month, meanwhile, Cooper was lauded by the Jakarta Globe for her work in bringing scores of Indonesian performing artists, both traditional and contemporary, to America over a period of many years.

Cooper continues her work as a cultural ambassador as an advisor to Center Stage, a State Department-funded program that will bring artists from Pakistan and Indonesia to the United States in 2012.