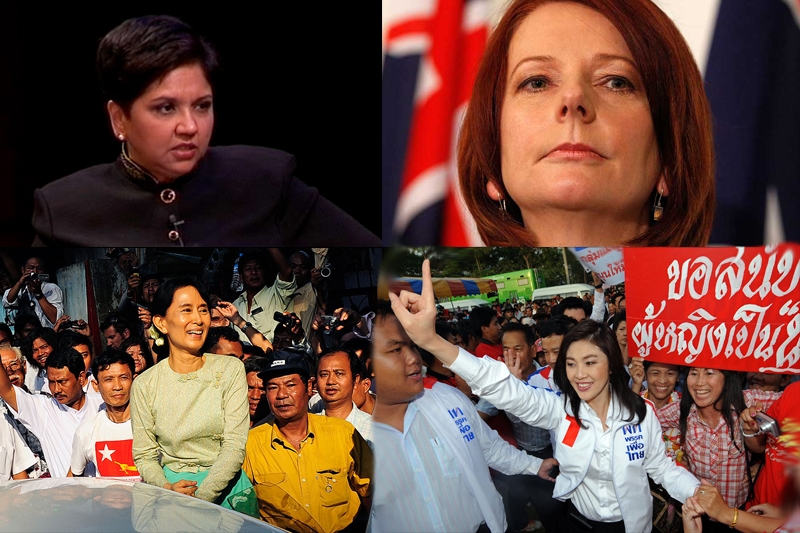 Are Asia-Pacific women becoming more powerful? Or is the rest of the world finally just taking notice? If you take stock in lists like Forbes' "World's Most Powerful Women" — and we know that you do — it appears women from the region are increasingly considered forces to be reckoned with. The 2011 list of 100 female leaders in politics, business, entertainment and the non-profit world, released yesterday, features 17 women from Asia-Pacific, up from eight in 2010 (and 12 in 2009). A dozen of this year's Asia-Pacifc representatives are new entrants to the list — and three of them made their debuts in the top-20.

The diverse group of women on this year's list are ranked by dollars, power and (newly-added) social media influence. Topping the list is German Chancellor Angela Merkel. The youngest is 25-year-old Lady Gaga, who at number 11 beat Oprah Winfrey by three spots. U.S. Secretary of State Hillary Clinton comes in at number two as a global foreign policy icon. As Forbes is primarily a U.S. publication, its line-up was perhaps understandably heavily tilted toward Americans: 65 out of 100.

Two of the 17 Asia-Pacific region listees immigrated to the U.S. Eight are from business, four are from politics, two are billionaires and the other three are working in the non-profit sector. The highest-ranked Asian is PepsiCo CEO Indra Nooyi, coming in at No. 4.

Below the list of the Asia-Pacific women who made the list with their change from 2010 marked in parentheses ("NR" means they were not ranked last year).

What do you think? Who should be there and who shouldn't be? Nominate your Asia-Pacific power woman in the comments field below. Here at Asia Society, we're really interested in women's leadership. Take a look at some of our initiatives and click on the links below to see who spoke here.