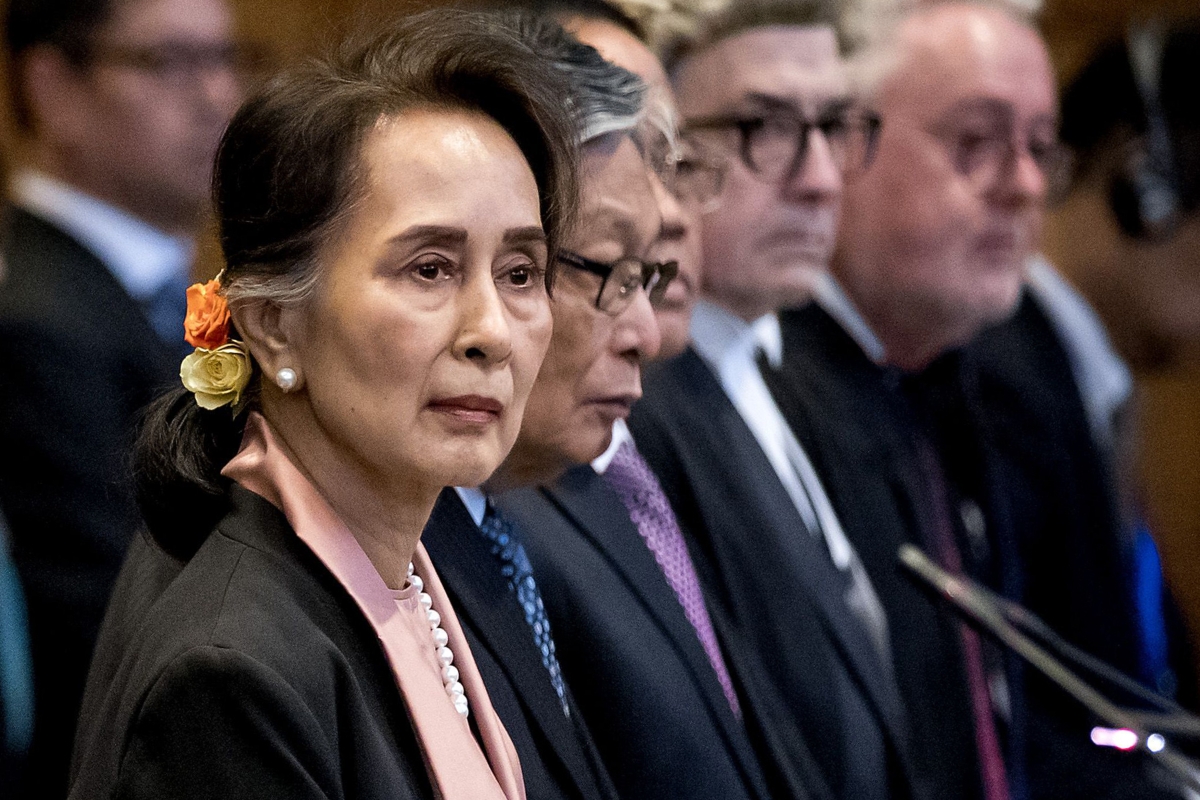 Myanmar's State Counsellor Aung San Suu Kyi stands before the UN's International Court of Justice on December 10, 2019 in in the Peace Palace of The Hague, at the start of a three-day hearing on the Rohingya genocide case.

Few countries in Asia have a recent history as turbulent as Myanmar. The election of the National League for Democracy in 2015, which followed the freeing of party leader Aung San Suu Kyi from house arrest, caused companies and civil society organizations to return and ignited a fresh optimism about the country's future.

But just as quickly as Myanmar's fortunes rose, they seemed to fall. The military responded to violence in Rakhine state with a brutal and deadly crackdown of the Rohingya minority, while the government has arrested journalists and rights advocates. In just a few short years, Myanmar's international image has plummeted and its hopes for prosperity have been set back. Aung San Suu Kyi has gone from being a revered Nobel Peace laureate to a leader accused of abetting crimes against humanity.

Why did Myanmar's hopeful democratic transition go wrong? And what happens next?