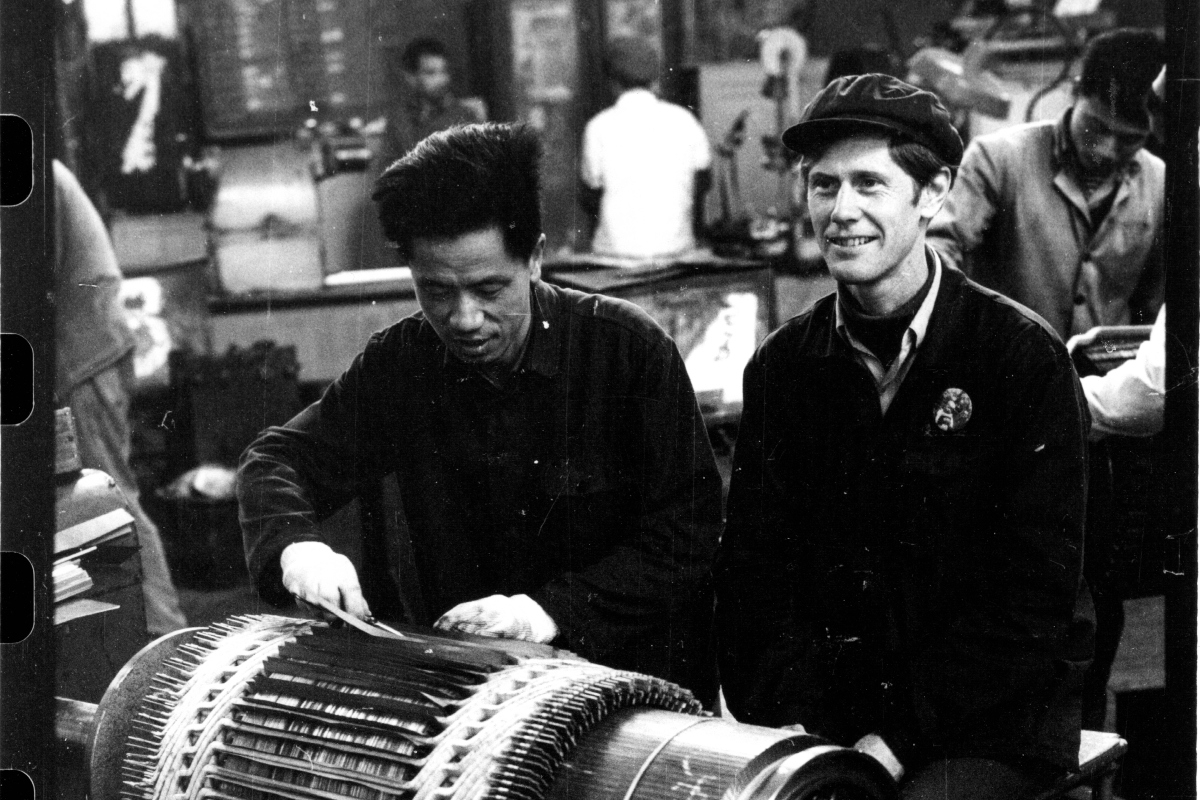 Orville Schell works at the Shanghai Electrical Machinery Factory while on assignment for The New Yorker in 1975. (Courtesy of Orville Schell)

Orville Schell first developed an interest in China as a college freshman in 1960, when the fledgling People’s Republic was just 11 years old. Ever since, Schell has contributed greatly to our collective understanding of the country through a series of richly reported articles, reports, and books. More recently, as Arthur Ross Director of Asia Society’s Center on U.S.-China Relations, he has devoted considerable attention to the relationship between the world’s two largest economies.

In this episode of Asia-In-Depth, Mary Kay Magistad, associate director of the Center on U.S.-China Relations and herself a veteran China-focused journalist, sat down with Schell at his Berkeley, California home to talk about his personal experiences with China throughout the country and where he sees the country going in the years to come. They begin the conversation by looking through Schell’s old photos, some of which can be found, along with an abridged transcript, in the third edition of Asia Society Magazine. You can pre-order a copy here — and stay tuned for the online magazine, which will be launching soon.