Asia In-Depth Podcast: How You Can Help Stop Anti-Asian Racism 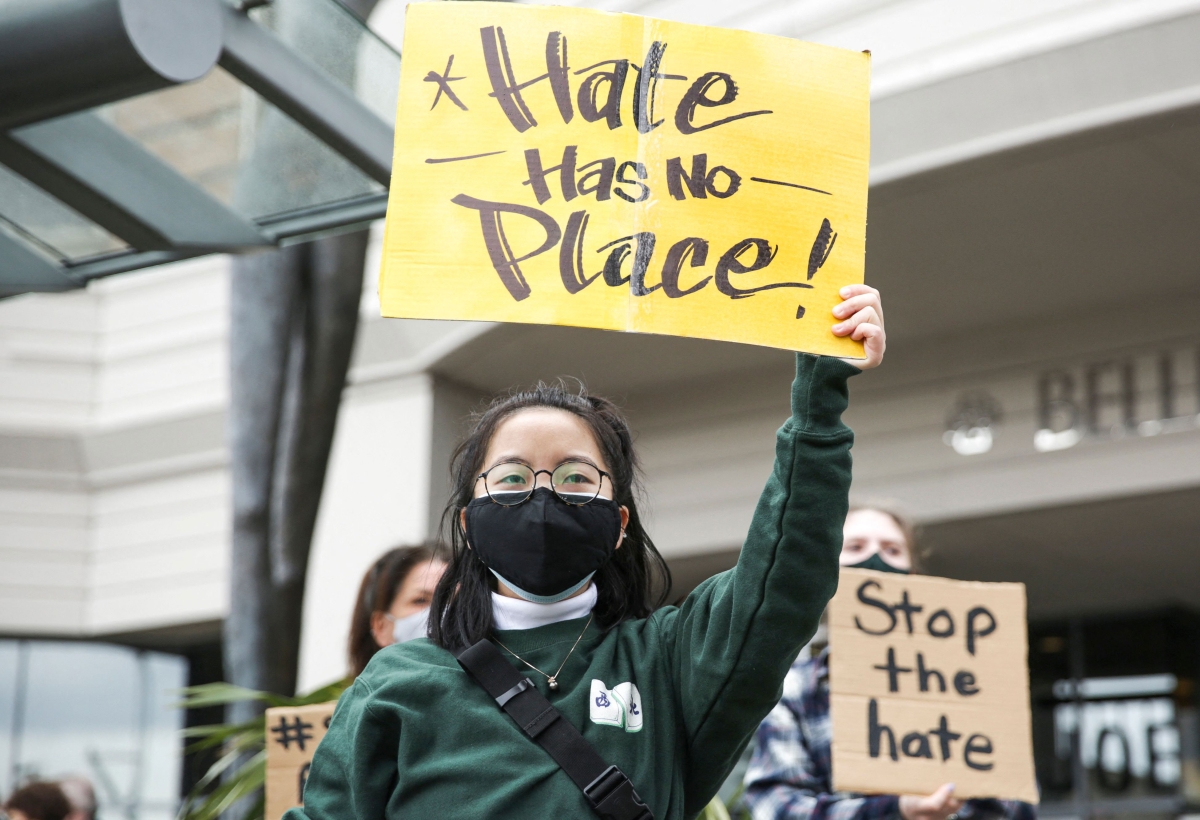 A University of Washington student who wished to remain anonymous holds a sign that reads "hate has no place" during the We Are Not Silent rally organized by the Asian American Pacific Islander (AAPI) Coalition Against Hate and Bias in Bellevue, Washington on March 18, 2021.

These ongoing instances of anti-Asian hate came to a head nationally when eight people were killed in a mass shooting spree at three spas in the Atlanta, Georgia, area. Six of the victims were Asian women.