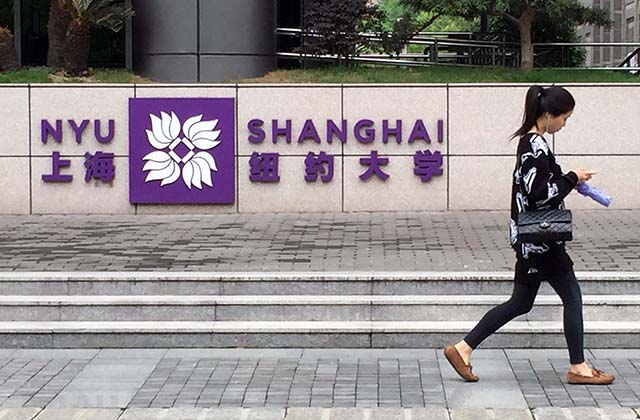 In 1986, Johns Hopkins University opened a study center in Nanjing University, making it the first American institution of higher education allowed to establish a physical presence in China during the Communist era. Since then, dozens of other institutions have followed suit, armed with guarantees that they can maintain the same standards of free speech and academic freedom that they enjoy in the U.S. ... so long as those freedoms stop at the university door.

Today, schools like New York University (NYU) and Duke have gone a step further and established full degree-granting universities in China. But the structure of these arrangements — which gives 51 percent control to a Chinese partner university — has raised concerns back at the home campuses. As the environment for academic freedom in domestic Chinese universities deteriorates and government campaigns against "Western values" pick up steam, critics worry that the so-called "free speech bubbles" of foreign universities could be punctured and that the very presence of American schools in China tacitly lends legitimacy to the country's political system. These concerns have even reached the U.S. Congress, which has held two hearings on whether China is having undue influence on American higher education.

In this episode of Asia In-Depth, we zoom in on the case of NYU Shanghai with interviews with students, professors, administrators, outside analysts, and critics to see where the school falls in China's political landscape, and what effects it's leaving on those who study there.