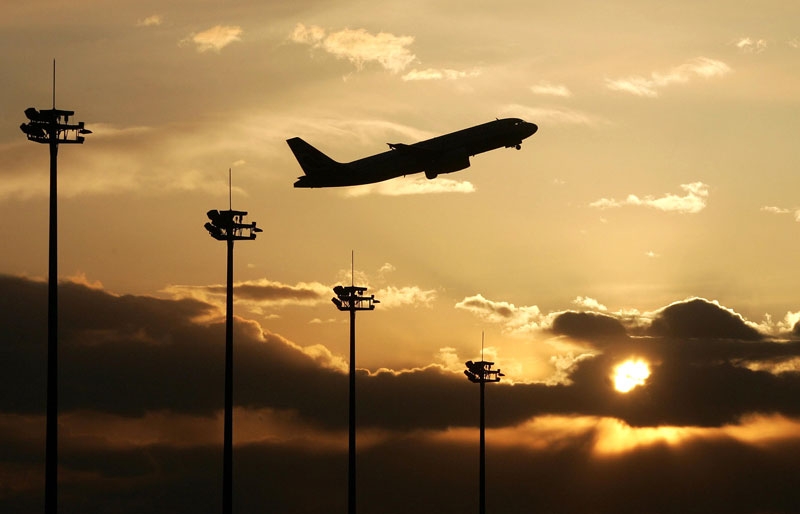 The sleek, modern airports that have popped up all over East Asia have become the envy of the world, causing even President Obama to mention them in his 2011 State of the Union speech.

In their 2011 book Aerotropolis: The Way We'll Live Next, Greg Lindsay and John D. Kasarda argue that these airports are not only impressive for aesthetic and functional reasons, but also because they represent a glimpse into how our future cities will be organized. Lindsay and Kasarda will make their case at Asia Society in New York Thursday, Oct. 20 at 6:30 pm ET for the panel discussion "Creating Investment Value: Leveraging Asia's Urban Hub Transit Boom," a look at how interlinked transportation networks have changed the Asian landscape.

In an interview with BLDG blog, Lindsay defines an "aerotropolis" as a city whose relationship with other cities is more important than the relationship with its own hinterland. As new airports support an enormous network of workers, buildings and businesses, they become, in effect, cities unto themselves. Globalization figures to amplify this trend even further, breaking down national barriers and placing greater importance on international transportation hubs.

In this excerpt from that interview, Lindsay discusses how China and India consider airports as a central part of their development strategies:

On some level, I think in America we don't even understand the level and the pace of change that is happening in China, where, because of decisions made by central planners, millions of people are being urbanized — literally at the flip of a switch, because they're simply changing their legal status from “rural” to "urban." Suddenly, three million farmers turn into three million urbanites, and now you have to find jobs for them, and situate them, and do all these things.

For an autocrat, it's easy to will that into existence — and the pleasures of doing so are well known. I mean, Thomas Friedman in Hot, Flat, and Crowded has a whole section on “if only we could be China just for one day…”

In terms of the aerotropolis, maybe the most interesting developments will be in India. They intend to build, I don't know, a hundred airports from scratch, and they are actively planning a few in the mold of Kasarda's aerotropoli. And considering India is a democracy, it's led to some massive political battles. They're fighting over the land; they're fighting over whether to build one above coalfields. It will be very interesting to see at what rapidity they can move forward with a true democratic process.

For the Asia Society panel, Lindsay and Kasarda will be joined by Stan Gale, Mustafa Siddiqui and Xue Ya. Click here for complete event details and ticket information. For those unable to attend the event, please tune in to our live webcast at www.AsiaSociety.org/live.