Abbas: Musharraf Has Much to Answer For, But Murder Charges Are a Stretch | Asia Society Skip to main content

Abbas: Musharraf Has Much to Answer For, But Murder Charges Are a Stretch 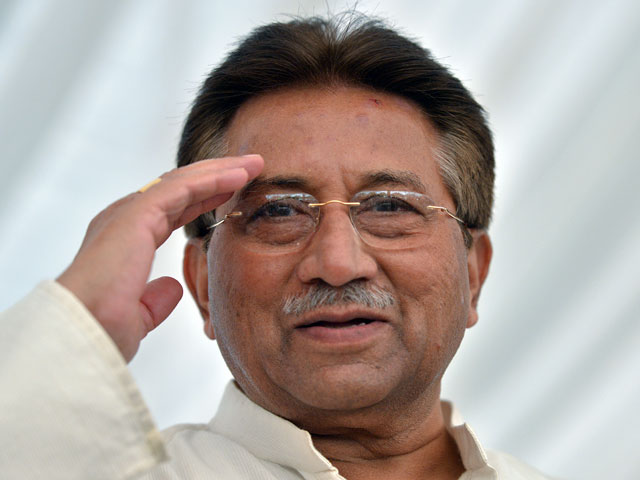 Former Pakistani president Pervez Musharraf saluting as he arrived to unveil his party manifesto for Pakistan's April general election at his residence in Islamabad on April 15, 2013. (Aamir Qureshi/AFP/Getty Images)

Pervez Musharraf is refusing to fade into history, but for all the wrong reasons. The latest is his indictment for the murder of Benazir Bhutto in December 2007. Musharraf was never very popular in Pakistan but in his early days in power, starting in October 1999, many educated people in the country looked to him as a benign dictator who was progressive in his outlook and a believer in secular ideals. They hoped that he would change Pakistan for the better. Instead, his policies pushed Pakistan toward turbulence and turmoil that to this day have not gone away. In some cases he delayed action against militant groups, whereas in other instances he opted for disproportionate use of force — both exacerbating the extremism crisis that has plagued Pakistan since its fateful participation in the 1980s Afghan jihad.

The list of Musharraf's blunders is long, and led to his humiliating departure from the presidency in Islamabad in 2008. What really brought his reign to a sudden end was his authoritarian attitude, which gave birth to the lawyers' movement that swept the country. Lawyers and ordinary Pakistanis stood by a top judge who was unceremoniously shown the exit from the supreme court. The circumstances were so dire that even the army — Musharraf's constituency — refused to defend him. In such trying times, his friends in London and Washington DC, who seldom go out of their way for democratic leaders, came to his rescue and helped him cut a deal with Benazir Bhutto, the Pakistani political star in exile at the time.

Benazir, who was masterful in dealing with military dictators and their cronies, outclassed Musharraf by conditioning her compact with him on his surrendering his military position, thereby ensuring that the military would no longer feel obliged to remain unduly loyal to him.  The military's institutional culture is such that defying a sitting army chief is seen as an unforgivable sin, but retired generals are disposable. By the time Musharraf realized this, it was too late and the Western guarantors of the deal had little left to offer. Musharraf reportedly threatened Benazir at that juncture and reminded her she was dependent on him for her security needs in Pakistan. Despicable and mean as his approach was, it was unlikely that he wished her physical harm. Musharraf was indeed responsible for many deaths in the country — especially in the name of "war on terror" — but no concrete evidence has yet come to the fore proving his direct involvement in Benazir's assassination. It is unlikely that any will be unearthed in the days to come.

Benazir's assassination was most likely the work of Al-Qaeda-inspired militants based in Pakistan's Federally Administered Tribal Areas who had directly threatened her — like Baitullah Mehsud. They had extensive networks in various parts of the country and saw her as a serious threat to their agenda of religious extremism. A deviously crafted propaganda campaign was launched upon her arrival in the country depicting her as an American puppet who was now tasked with confronting Islamic radicals in the country. Ill advised, Benazir publicly expressed her willingness even to hand over the Pakistani nuclear scientist A.Q. Khan for questioning by the IAEA if she returned to power. This sent shock waves through hardliners in military and intelligence circles in the country, as it was seen as highly damaging to the national interest. In an age of confusion and misguided zealotry, all of this was enough to create an environment where potential killers would be inspired to do the job, considering it a supreme religious or national duty.

No single actor can be exclusively held responsible for the murder of one of Pakistan’s most brilliant politicians. Given the prevailing environment in the country, the cards were stacked against her. For the love of Pakistan, she valiantly walked into a death trap. All those who poisoned the atmosphere through conspiracy theories about her return not only did a disservice to Pakistan but also contributed to her tragic end. Musharraf should indeed be held accountable for inadequate security arrangements — and for not punishing those who tried to cover up their incompetence by shifting the blame — but that is a different case than an arraignment on murder changes.

After a few years in self-imposed exile, Musharraf returned to Pakistan prior to the spring 2013 national elections. He wanted to redeem his patriotic credentials, though he clearly overestimated his political prospects. Since his return he has been living in his large and luxurious home on the outskirts of Islamabad which has conveniently been declared a "sub-jail." Such favors are never offered to politicians in the country; apparently, this was done at the army's request and also to provide foolproof security to Musharraf. His trial will have political undertones, similar to what has transpired in Turkey in recent years. The political leaders will use it to show to the next generation of generals that they'll be held accountable in future — so they'd better be careful. Musharraf's security should be ensured, however, because without a doubt Pakistani Taliban and Al-Qaeda elements will target him at the first opportunity they get. The prevailing lawlessness and poor security environment across Pakistan indicate that it's only a matter of time.