2011: In Thailand, the Pardon That Wasn't | Asia Society Skip to main content 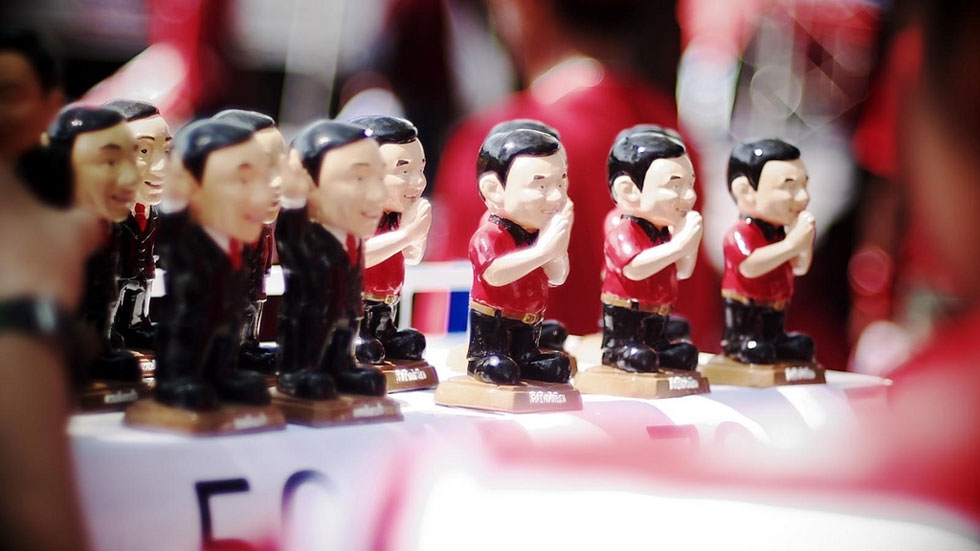 2011 was an eventful year for Thailand. Following fresh elections, a new government took office mid-year, while terrible flood waters inundated the country for months thereafter. Yet in some ways what failed to happen was more significant than what actually happened. There was no repetition of the massive street protests that intermittently paralyzed Bangkok in 2008, 2009 and 2010. And although more than 22,000 people received royal pardons on the auspicious occasion of the king’s 84th birthday, one man was not among them.

Former prime minister Thaksin Shinawatra, ousted in a military coup in 2006, has not returned to Thailand since he was given a two-year jail term on corruption-related charges in 2008. In June of this year, he announced his intention to return for the wedding of his daughter Pingtongta, scheduled for December 12. He was apparently hoping that he might be pardoned on the royal birthday of December 5, just in time to show up for the ceremony. There has been widespread speculation — reflected in a must-read June Asia Times article by Shawn Crispin — that Thailand’s elite warring factions had agreed peace terms in advance of the July 3 general elections.

Under the terms of the purported deal, "network monarchy" (including the military and the palace) would allow "network Thaksin" to resume power following the July 3 general election. The way could then be paved for Thaksin to be pardoned and return to Thailand. When Thaksin’s sister Yingluck Shinawatra did indeed assume the post of prime minister, many of his supporters assumed that she was simply keeping the seat warm for her billionaire ex-police officer brother, who remains extremely popular in many parts of the country.

But Thaksin had reckoned without two things. First, the appalling floods that overwhelmed much of North, Northeast and Central Thailand for weeks on end had the effect of suspending business as usual, and made it impossible to progress any further deal-making. Second, Thaksin’s assumption that a pardon might be granted in absentia was a major sticking point. To be pardoned in Thailand, you need to be in the country and to accept your sentence. Thaksin was apparently too proud to spend even a token night in jail, and — deal or no deal — the authorities were unwilling to countenance an exception to the rule.

Whatever you think of Thaksin, his refusal to return to Thailand has been destabilizing for the country. It’s really high time he came back; and time that both he and the nation faced the up to the consequences of his presence, for better or worse. With his sister in Government House, what is he waiting for?