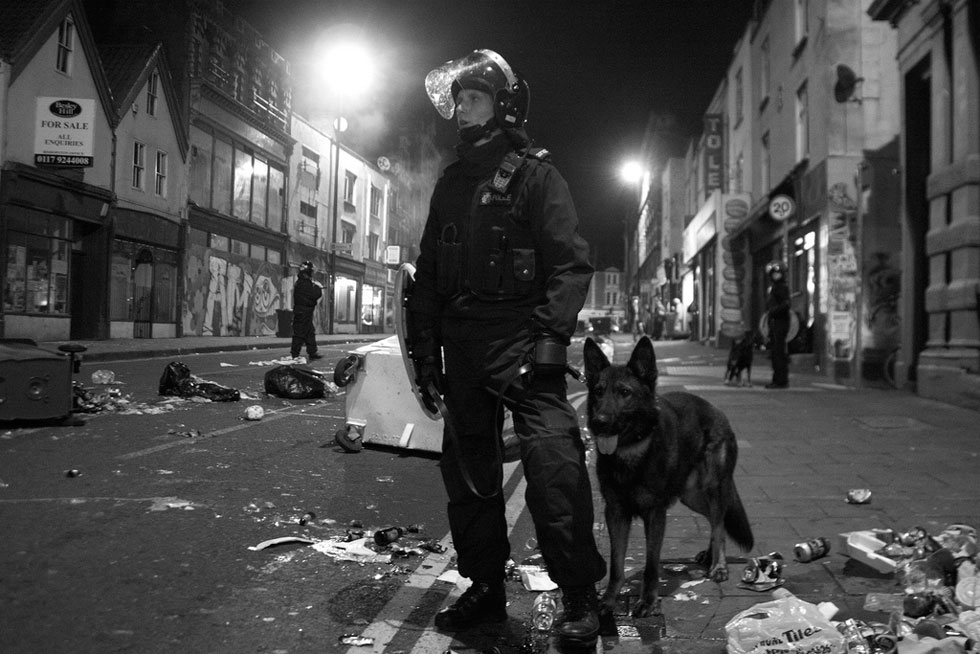 We’ve grown accustomed to seeing ruminations on how China’s booming economy and Beijing’s increasingly assertive international polices are influencing the world beyond the borders of the PRC, and these definitely have their place.  Yet, it is crucial not to overlook things that happen elsewhere that change the state of play within Chinese political life, posing challenges or offering opportunities to China’s leaders and those who want to push for change within the country.

Despite China’s size and the Party’s effort to present itself as making decisions based purely on internal calculations, in a globally interconnected world, no country is an island. Here’s a quick run-down of some important 2011 events that remind us of this:

1. The continuing financial crises in the West.

European and American economic woes matter a lot to Party leaders. They are intent on maintaining high growth rates (even if not necessarily quite as high as in recent years), since they know that upticks in GDP have been key to the country's ability to ride out an ongoing legitimacy crisis. The less money foreign consumers have to spend on goods made in China, the more urgent it becomes for the Chinese government to carry out a shift away from reliance on exports and toward domestic consumption to keep those growth rates robust.

If Western economic downturns present a challenge to the Party in one sense, however, in another they are godsends for China’s rulers. After all, another key element of the Party’s recipe for staying in power a long after the demise of many other Leninist organizations has been its reliance on a nationalist narrative. Namely, it continues assert that it deserves credit for helping China gain respect in the world and leave behind forever the days when the country was described as the “sick man of Asia” and pushed around by Western powers.

In light of this, the Party has welcomed the arrival of scenarios that would have seemed impossible to imagine in the middle of the last century, such as serious talk abroad of seeking an infusion of Chinese money to help keep failing European economies afloat.

This wave of revolts caused jitters in China’s top echelons. The Party’s leaders understood that some of the grievances that brought Egyptians to Tahrir Square this past January and February (anger at nepotism and corruption) were the same that had brought Chinese citizens to Tiananmen Square in April and May of 1989.

Some observers expected or at least hoped that the Arab Spring’s main impact on China might be via a spill-over into the country of Jasmine-style protests, but instead it was via a paranoid ramping up of repression directed at people who were struggling for change by working within the system (e.g, crusading lawyers) as well as of iconoclastic individuals staking out more overtly challenging positions (Ai Weiwei being the best known case).

The Chinese official media, not surprisingly, had a field day with this event. The riots themselves buttressed the Party’s line that Western countries are dangerous places to live and plagued by deep-seated forms of inequality. A particular godsend to China’s leaders were statements David Cameron made in the wake of the unrest about the need to look into placing tighter controls on social media such as Twitter.

This was music to the ears of a Party that has been increasingly aggressive about reining in these forms of communication, which offer such important sounding boards for outrage directed at Beijing whenever there are scandals or incidents of official malfeasance that are underreported by or go completely unreported in newspapers and on television in the country.

It is still too early to say what impact this movement will have in China (or anywhere else, including the United States). But it seems safe to say that, as with Arab Spring, it cuts both ways. On the one hand, China’s leaders can point to the protests as evidence that all is not well in the capitalist West, and the official media can have a field day with acts of repression that are carried out in a heavy-handed way, as its almost gleeful coverage of the pepper spraying incident at UC-Davis showed.

On the other hand, the authorities know that anger at the large — and growing — chasm between rich and poor is a big issue in China as well as the United States. It was with good reason that Yu Hua chose “disparity” as one of the key terms in his powerful new book, China in Ten Words (published in Taiwan in 2010 and out in English this year) — and singled it out as one that has particular power just now.  Behind the “dazzling statistics” of growth, he stresses, there remain many who “still struggle in almost unimaginable poverty” and are venting their frustration at this in increasingly militant, if still unorganized, ways.

There is no Occupy movement in China, but rallying cries that point to the glaringly different lifestyles of the 1% and the 99% do not resonate only in the West by any means. And it is worth noting, in China as in the United States, what particularly angers people is often not the accumulation of great wealth per se, but great wealth that seems acquired by unfair dealings rather than hard work, whether this be by financiers who behaved recklessly on this side of the Pacific or scheming developers working hand-in-glove with officials and their relatives on the other.

5. The Possibility of a Burmese Spring.

Here, again, it is too soon to tell just where recent trends will lead. Still, the very tentative moves toward political liberalization and more overt moves toward reopening ties to the United States in what is now officially called Myanmar is something that Beijing is surely watching carefully and with a good deal of concern, for two different reasons. First, democratization there could have an inspiring effect in China. Second, efforts by a trading partner neighbor formerly solidly in China’s orbit to move into a position where it deals more equally with Washington and Beijing could be seen as a worrisome precedent that could be followed by a variety of other countries.