A Talk with with Justin Lin, Director of "Better Luck Tomorrow" 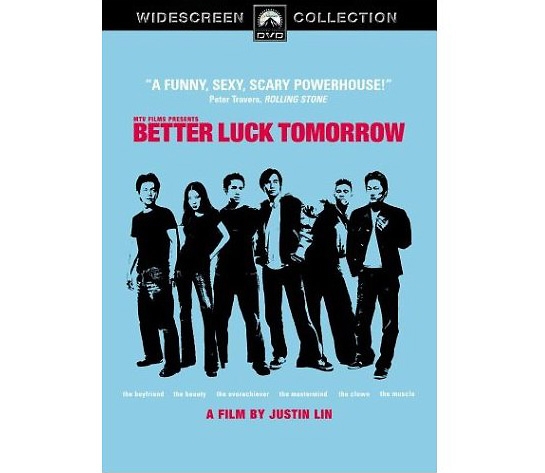 Justin Lin's film Better Luck Tomorrow traces the double lives of Asian American teenagers whose ambitions combined with the tedium of suburban life has explosive and unsettling consequences. Bored by their environment and no longer satisfied with simply staying ahead of the grading curve, the teenagers throw themselves into increasingly risky extracurricular activities. Unlike most teen movie portrayals of Asian American young men who play slapstick nerds or kung fu artists, Lin offers a daring and complex look at four teenagers whose adolescent discontent puts them on a fast-track that spins out of control.

After premiering to sold out screenings at the Sundance Film Festival, Better Luck Tomorrow went on to capture audiences at film festivals around the world. Already hailed as a critical success, the film was widely released by MTV Films on April 11, 2003. Asia Society spoke briefly to Justin Lin about the making of the film and his hopes of bringing to light the issues confronting youth today.

In the past, creating "good" images of Asians in film, plays, novels, etc. was the challenge -- to counteract stereotypes of dragon ladies, prostitutes, kung fu masters, and Chinese deliverymen. What kinds of challenges do you confront now in creating Asian American film characters?

How has the Asian American community responded to the film?

What inspired you to concentrate on youth? How have things changed for Asian American youth, or youth in general, compared to when you were growing up?

At the time of developing this film I was working with youth in sports and media and I really didn't feel far removed from them. But then I began to see that the mentality of today's youth is totally different. There is less searching for identity and more shopping for an identity. For instance, these upper middle class kids are adopting this "gangster" mentality when it isn't their identity and it isn't even a real urban gangster they are mimicking. It is a contrived version of an urban gangster. I was always intrigued by this.

When I set out to make this film, it was pretty much a credit card movie the whole way through. I kept applying for credit cards to cover costs. But in some ways this was positive for me because I kept having to ask myself every morning, "You can only do this once in your life and this could potentially be the last film you ever make so what would that film be?" So it was clear to me that these were the issues I wanted to deal with in my film. I particularly wanted to address teen violence. Whenever these incidents happen I feel that as a society we really deal with it on a superficial level. They are dismissed as "bad kids" and nothing is ever done. But most of these kids are not "bad kids," they are kids who make bad decisions which lead to other decisions. I wanted to explore this even though I don't have the answer, but bringing up the questions might bring us closer to it.

For me, my elementary school was predominantly white kids and then by junior high there more chicanos and then in high school there were actually some other Asian Americans. I guess I grew up at the end of the innocent era. You still had all the same types of cliques but everyone knew their role. I was the rebellious kid. I hated being labeled. I was this short Asian guy on the varsity team and eagle scouts. It's funny because it was good I did all these activities but I did them for the wrong reasons. I just wanted to prove people wrong.

You have said that you want the film to create discussion. What sorts of debates has it generated? What has been the most satisfying for you in terms of audience response to the film?

In a lot of the screenings there have been some high school kids who will wait for me afterwards. They completely get into the story and characters. Then I will turn around and there is an older audience who says, "How can you do this, they are going to start killing themselves!" This happens a lot and there really should be better communication between generations. I want to tell the older audience to talk to these kids because they aren't giving them enough credit. A couple of times there were older people who tracked me down a couple of days after a screening and they would say, "The film really shocked and disturbed me and it stayed with me and now I think it is really important to make changes." I feel pleased that they actually thought enough about the film to want to track me down.

Obviously this is not a feel good movie. So I really appreciated people standing up and voicing their opinions. Often times I don't even have to say anything and a dialogue will begin between audience members.

Why did you choose to work with MTV films? Is this the first Asian American film they have acquired?

It is the first Asian American film ever that has been picked up for distribution. There have been studio versions of Asian American films like Joy Luck Club. After we got into Sundance, we had three different companies vying for acquision rights. This other company offered more money but they wanted to change the film and I felt that it would be disrespectful for everyone involved in the film to allow this. When I sat down with MTV it was clear they really got the film. They have only produced films, never acquired films. MTV explained they had been trying to develop films like mine but they always felt like it was too preachy or they couldn't get the tone right. So they felt like my film was important and wanted to bring it to their demographic. I thought this was great because usually when you think of MTV films you think of Britney Spears movies.

Are you working on a new film now?

I have been very fortunate and I am working on an independent project right now with a really good producer. I am also working with Spike Lee's company for a piece for HBO. In addition, I am working on a studio project at 20th Century Fox. As a filmmaker I feel like I took a risk and it has paid off and now I get to make other films. For an independent film, it is really important for people to show up. Anyone who has complained about representation and cookie cutter movies needs to support movies like this because that is the only way you can communicate to studios that we want to see more films like this.