Belief Systems Along the Silk Roads 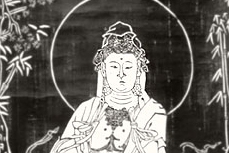 This activity asks students to reflect on similarities and differences among belief systems. Using excerpts of translated religious texts, students are asked to organize these quotations into broad themes. The quotations will be posted on a Silk Roads map as reminders of how cultural interchange and belief systems are represented in the ancient and contemporary world.

An annotated map/atlas on world religions in Eurasia.