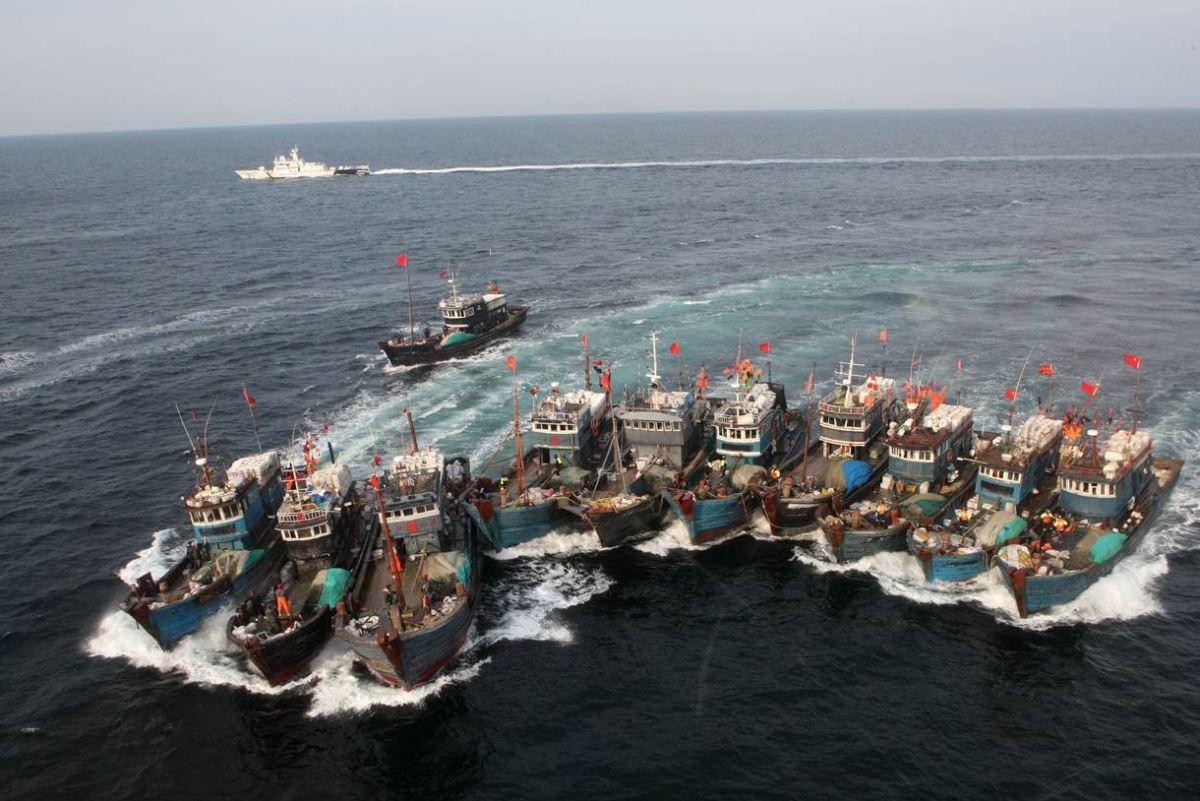 China's growing fishing disputes with other countries continue to make global headlines. The most recent confrontation occurred in early May, when 29 Chinese fishermen and three vessels were detained by North Korea for alleged "illegal fishing." This incident is the latest in a string of clashes that China has had with its Asian neighbors sharing the same waters, including South Korea, Japan, Vietnam, and the Philippines. Escalating fishing conflicts are usually attributed to unsettled territorial and maritime disputes, such as those found in the South China Sea and the Diaoyu Islands (also known as the Senkaku Islands), but these conflicts are also deeply rooted in China’s worsening fishing crisis.

As a result of income growth, many Chinese households are switching from subsistence- to nutrition-oriented food consumption. Fish has become an important source of high-quality animal protein. In 2009, consumption of aquatic products in China's urban and rural areas reached 15.5 and 5.3 kilograms respectively, more than doubling in the past 20 years.1 Seafood accounts for more than half of the country's total aquatic products. Consequently, its annual production has increased ten-fold during the last three decades.2

China's ever-growing appetite for seafood is challenged by its dwindling marine fishery resources. In 2010, marine capture fisheries harvested 12 million tons, or 48 percent, of seafood. However, experts estimate that the sustainable level of the total catch should not go beyond 8 million tons per year, based on a report by the State Oceanic Administration.3 China's annual catch has far exceeded the recommended level since 1997, and chronic overfishing has led to the irreversible degradation of the marine ecosystem. Species of traditional economic importance, particularly those at the bottom or near bottom of coastal fisheries, are ranging from "overexploited" to "depleted." As a result, the fishing industry has had to turn to smaller species, causing the so-called "fishing down the food web" problem.

In addition to overfishing, marine fisheries and aquaculture are threatened by coastal sea water pollution. Because the Chinese economy is clustered along the country's east coast, urbanization and industrialization impose mounting pressure on the marine environment, as aquaculture is a major source of water pollution. According to the most recent report by the Ministry of Environmental Protection, only 62.7 percent of monitored coastal waters met Grade I or II national marine water quality standards, which is the minimum requirement for marine fisheries and aquaculture. The compliance rate reflects a 10 percent decrease from the previous year. In addition to sewage and industrial waste discharge, oil spills pose another threat to the seafood supply. In 2011, a series of oil leaks at Bohai Bay caused severe damage to surrounding aquatic farming industries. It is unlikely that China will slow down its off-shore drilling for environmental reasons since energy security is its top priority.

The worsening state of coastal fishery resources is forcing more and more fishermen to take risks in disputed waters. It follows that better fisheries management aimed at rebuilding stocks in conventional fisheries will not only improve the health of the fishing industry but also alleviate tensions in the region. However, almost all fisheries management policies, such as season closures, gear restrictions, fishing quotas, and marine protected areas, involve limiting fishing capacity and reducing fishing. Although these regulations ultimately will make the fishing industry better off, they cause economic hardship for fishermen in the short run, many of whom are from low-income households and lack the resources needed to adapt to the changes. In addition, the yield of marine fisheries is limited even under optimal management, such as transferable fishing quotas. Simply put, the supply cannot keep up with ever increasing demand. Taking all these factors into account, improved aquaculture management offers the best solution if the pollution problem can be contained. And as China continues its pollution control efforts, the marine environment for aquaculture will improve as well.

Fisheries management requires reliable fisheries data collection and reporting. But potential misreporting in China's marine fisheries catches represents a key concern for researchers. In a letter to Nature in 2010, Reg Watson and Daniel Pauly at the University of British Columbia wrote that Chinese officials might have exaggerated total catches in order to meet the production goals to qualify for promotions. Although the Chinese government denied the allegation, the UN's Food and Agriculture Organization (FAO) made the decision to separate out China from the rest of the world in its fisheries reports. Leaving the political debate aside, detailed and accurate fisheries data, such as the mandatory logbooks, landings tickets, and permit information in the United States, will enable researchers and fisheries managers to develop better approaches and methods.

Fishing conflicts between China and other countries involve a complex set of issues. If the root causes of the clashes are not resolved, tensions with China will heighten and the list of countries engaged in fishing conflicts will inevitably grow. Given the unlikelihood that China will be able to resolve its territorial and maritime disputes in the near future, Beijing should sharply focus on improving domestic fisheries policies as a matter of urgency.