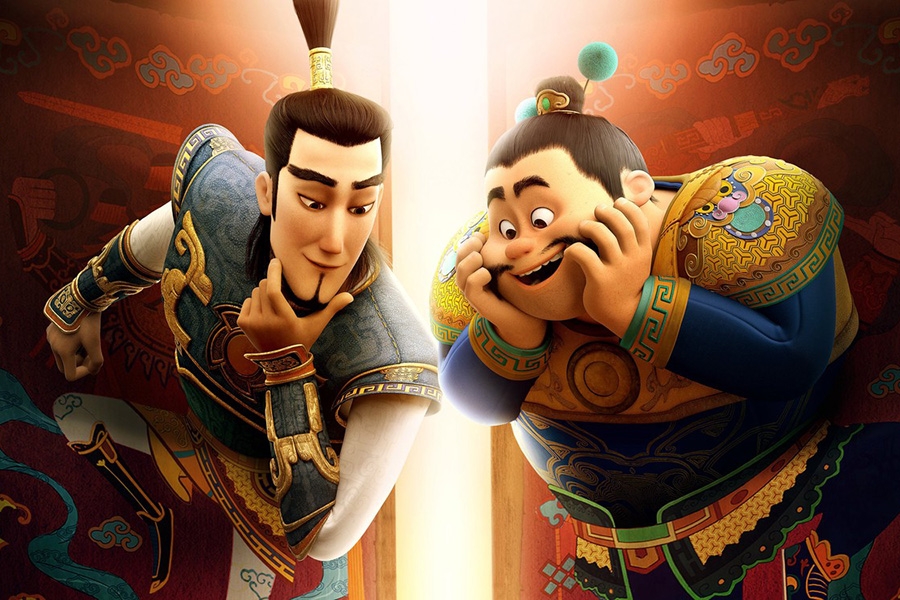 I’m recommending an animated film from China that I subtitled and therefore know well. It’s called Little Door Gods 小门神 and is a commentary on how urbanisation and the pace of modern life in China has been at the expense of traditional spiritual beliefs and practices — all wrapped up in a fast-paced, extremely funny adventure story that also serves as a satirical commentary on neo-liberal metrics.

The basic premise is that 天, or Heaven, runs on the incense and spirit money that people burn at altars. But with people less and less attentive to worship, there’s less of that going around. Some of the gods are going to have to be laid off if they can’t make their quotas. One of the two Door Gods decides that people will start to worship the gods again if he releases a monster that will create havoc on earth, and the other, breaking all the rules about dealing directly with humans, pairs up with a little girl to stop him.

I realise that sounds quite mad, and it is, but in the best possible way. I’ve always wanted this film to get more attention. I love it. I’ve done a number for the company but it’s my favourite.

Watch it on Netflix (under the title The Guardian Brothers)

Linda Jaivin is an Australian writer, the author of eleven books (seven novels and four books of non-fiction including the Quarterly Essay 'Found in Translation: In Praise of a Plural World)', and a film translator (from Chinese). Her most recent books are The Empress Lover, published in April 2014 and the non-fiction Beijing, about the city and its history, published in 2014 as well.

She is also the co-editor of the China Story Yearbook, published by the Centre on China in the World at the Australian National University. Linda Jaivin lives in Sydney and is working on several new projects, including a new novel.