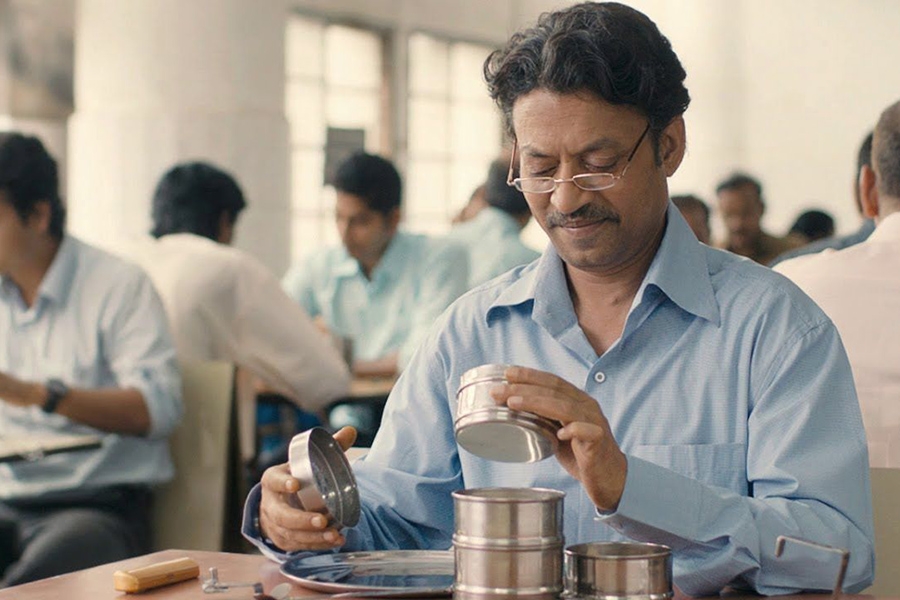 Last month we lost one of India’s most beloved actors, Irrfan Khan. Despite his international stardom, Irrfan was known for his humility and charm off-screen. In celebration of his artistry and the imprint he left on cinema, we would like to recommend his 2013 film The Lunchbox.

The Lunchbox is a charming story of a mistaken dabba delivery that connects two strangers – Ila, a young housewife who finds herself in a loveless marriage, and Saajan, a lonely, middle-aged accountant. The two exchange letters when a lunchbox meant for Ila’s husband, is accidentally delivered to Saajan. The premise is perhaps best summarised by this line from the film, "Sometimes even the wrong train can take you to the right destination”.

Set in Mumbai, the film captures the ethos of the city – from the hustle and bustle of the local trains, to the social isolation both Ila and Saajan encounter. The story highlights the rhythm and persistence of city’s spirit, best personified by the famous dabbawalas – who as you will learn, have been lauded by Harvard Business School and Prince Charles.

The critically-acclaimed film features an exquisitely subtle and poignant performance from Irrfan, arguably his best ever. In an age of dating apps and instant messaging, this heart-warming love story will have you rooting for Saajan and Ila, whose monotonous lives are shaken up by home cooked khana and a letter.

Asia Society India Centre had the honour of hosting Irrfan Khan in Mumbai for a special conversation and pre-release screening of The Lunchbox in 2013.

Watch it on SBS On Demand in Australia