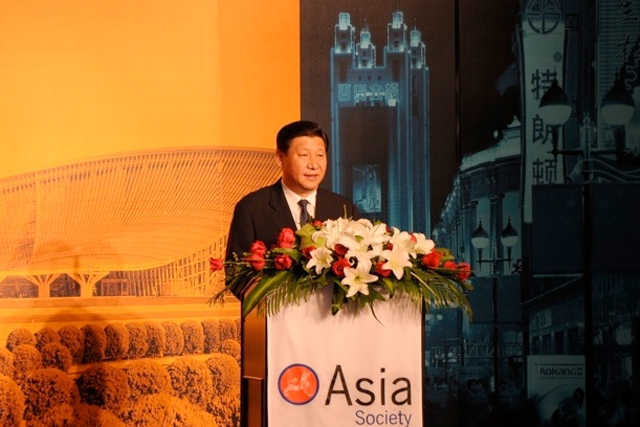 The Asia Society annually presents a high-profile Corporate Conference in Asia to examine the implications of macro economic trends and geopolitical developments for the region and the world. An impressive roster of multinationals and organizations operating in Asia have sponsored the conference, along with Dow Jones & Company, which has been an Organizing Sponsor since 1993. Through keynote addresses by heads of Asian governments and other key decision-makers, as well as roundtable discussions with business and policy leaders from around the world, this unique series highlights developments in the conference site country, while examining the cutting-edge issues shaping important trends in Asia's dynamic markets and in the global economy.

"Without exception, every session was superb, both content and participants. I think that the diversity was very refreshing. There was not one session that did not hold my interest....The topics such as demographics, environment, etc. proved to be intellectually captivating and stimulating." -- B. Scott Klika, BSK, Int’l

"Congratulations on a very successful event in Tokyo last week. I was able to attend a few of the sessions including the opening dinner, and was very impressed at the high level of speakers (it was a great coup to have the Prime Minister, Minister of Finance, Minister of Foreign Affairs and Vice Minister of MITI at a single event!) and the range of interesting themes covered." -- Patricia Bader- Johnston, IBM Japan

"The speakers were amazing, the panel discussions stimulating, the networking sessions well arranged and helpful, and of course, the food was great as well. Thank you so much for giving us this wonderful opportunity. I cannot express enough thanks for the amount of time and hard work your group put in. I feel fortunate to have been able to participate in such a high caliber conference." -- Yuri Ann Arthur, ANA All Nippon Airways Co., Ltd.

11th Annual Corporate Conference
May 10-12, 2000
Pudong Shangri-La Hotel, Shanghai, People's Republic of China
China and Asia at the Turn of the Century: Opportunities for World Business