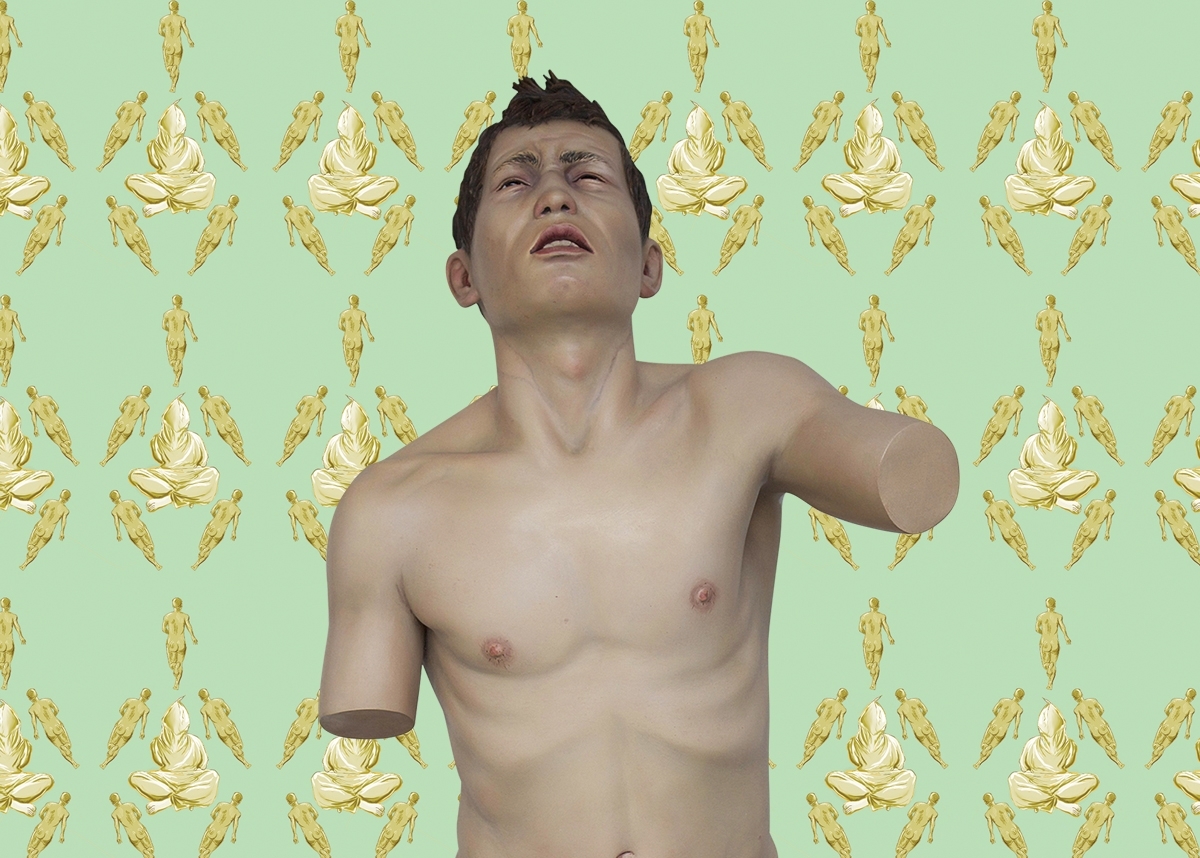 Asia Society Museum presents an exhibition of sculptures by Reza Aramesh, depicting young men in pain, sourced from war reportage images and inspired by seventeenth-century Spanish Christian painted limewood sculptures of martyred saints. Aramesh’s sculptures explore the power imbalance between captor and captive and the aestheticization of violence in media coverage of wartime atrocities. The exhibition is on view March 5 through August 4, 2019.

“A lot of my artworks are attempts to navigate the history of war and, in particular, the history of the subjected body into mythology,” the artist says. “I am using social and political conflicts of the present time and recent past as source materials in order to link to and create a dialogue with the artists of the past.” Among the influences he cites are Goya, José de Ribera, Andrea Mantegna, and Caravaggio.

Like the title of the exhibition—Reza Aramesh: 12 noon, Monday 5 August 1963—the titles of the works refer to specific historic political events and conflicts. Aramesh’s decision to use limewood and his hyperrealistic style elevates the statues to the level of religious icons. His models—predominantly young, non-European male subjects—exude a homoerotic sensibility that adds a charged religious and sexual dynamic to the representation of violence, and evokes military use of sexual humiliation as a form of torture.

The four sculptures on display are featured against what at first glance appears to be neo-Baroque decorative wallpaper. Upon closer inspection, it becomes apparent that the images of tortured figures form the wallpaper’s motif. For his design, the artist selected a shade of green known as eau de Nil (water of the Nile), a color that dominated nineteenth-century upper-class interiors as part of the Egyptomania craze that swept colonial-era Europe. This backdrop evokes a politically-fraught period of colonial conquest that mirrors contemporary society’s troubling penchant for violence to achieve socioeconomic and political gains.

About the artist
Reza Aramesh was born in Iran in 1970 and currently lives and works in London. He has been the subject of numerous solo and group exhibitions. Reza Aramesh: 12 noon, Monday 5 August 1963 is the artist’s first solo museum exhibition in the United States.