«You Do Not Move If You Only Tread Water»

Peter Frankopan on the Belt and Road Initiative within the New Silk Roads, a Europe that lacks resources as well as answers, and the bigger picture 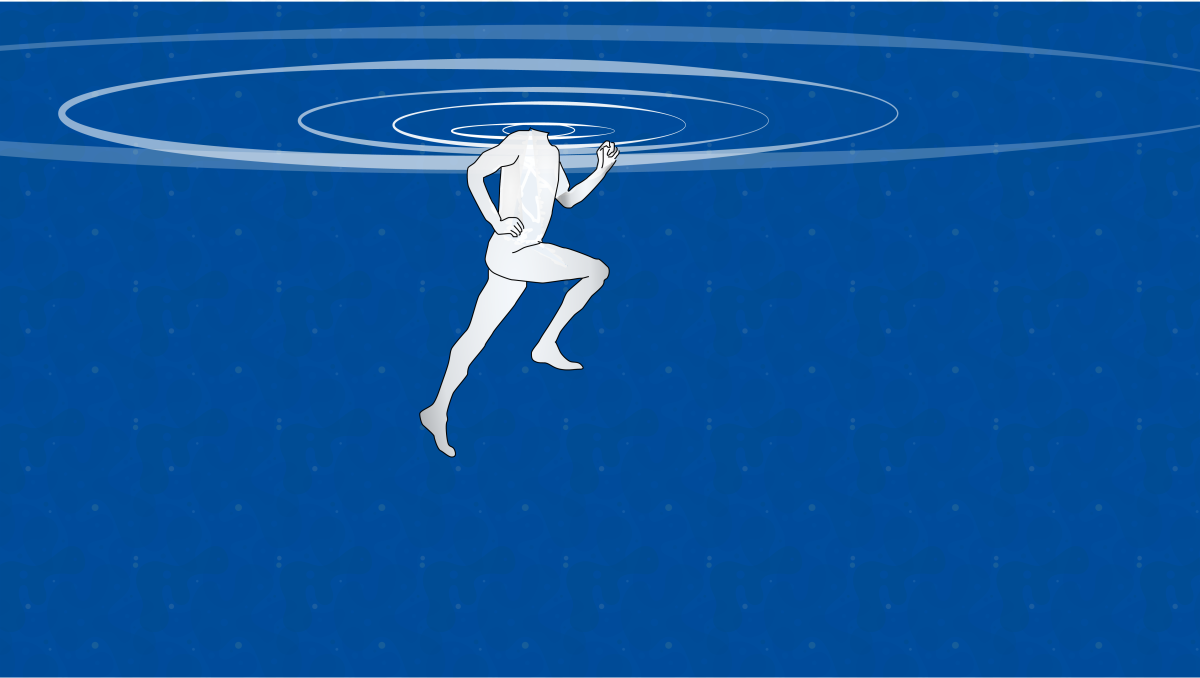 Peter Frankopan has written a brillant follow up to his bestseller «The Silk Roads», a non-eurocentric history of the world. In the three years since its release in 2015 the world has changed a lot and it keeps on doing so at an ever rapid pace. We asked the Oxford Professor for Global History how the BRI plays into the recent developments and the many other initiatives that have emerged lately.

Serena Jung: You are writing about the Belt and Road Initiative (BRI) in your latest book The New Silk Roads as one of the many cooperation and agreement schemes that came together in recent years in Asia. What exactly is the BRI?

Peter Frankopan: That is a good question. The Silk Roads is a term coined in the 1870s to explain exchanges between Han dynasty China and the Mediterranean. The phrase is best understood in a loose way, to refer to many different kinds of connections, rather than a network of actual roads. Part of the beauty of the term comes from its ambiguity; but part of the difficulty therefore is defining it – or worrying about defining it. The Belt and Road Initiative can be understood the same way. It has multiple limbs, some to do with investment, some with infrastructure expansion, some to do with more abstract connections. There is even an element of the BRI that has to do with a Silk Road of oral hygiene. So, the best answer is that it is a catch-all for China’s connections with the world around it – including parts that are a long way from China and even far from Asia, in the Caribbean, for example, or West Africa.

From a Chinese perspective: What is the primary motivation behind BRI?

I do not think such reductive questions are helpful. It is never easy to single out a primary motivation, and in any event, doing so for a third-party risks not just over-simplifying but misrepresenting and misunderstanding. I recognise we live in a world where people want certainty and simple answers. But insisting on boiling down complexity to the lowest common denominator seems very unhelpful to me. 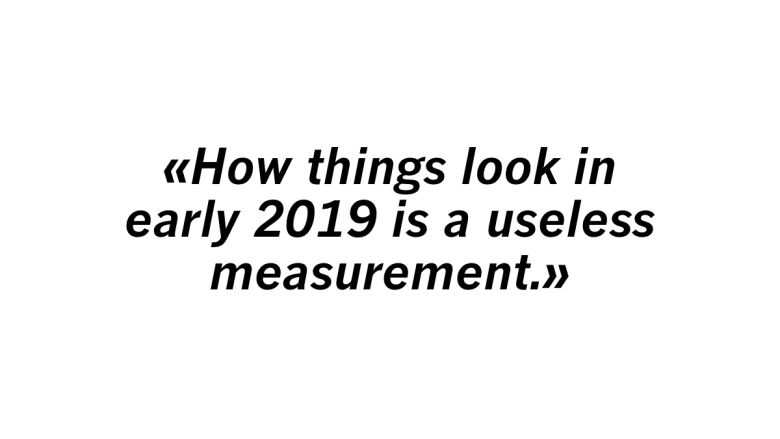 Okay, let’s open the field: In your new book we learn of other initiatives, like the «International North-South transport corridor» that aims at connecting South East Asia and northern Europe plus Azerbaijan, Russia, and Iran mostly through trade; or the «Lapis Lazuli» corridor connecting Afghanistan, Turkmenistan, Azerbaijan, Georgia and Turkey with motorway and rail links. Particularly by looking at the Turkmenistan-Afghanistan-Pakistan-India (TAPI) pipeline – that is even supported by official statement of the Taliban – you manage to show how difficult the practicalities of such agreements are, especially when one, even as a partner, has no insight into countries like Turkmenistan. Does the same go for China? Or differently put: After five years of BRI, do you consider it to be a success so far?

There are several different questions here, so I am not sure which one to answer first. Before everything, I suppose we have to consider what one means by success. To some extent, clearly, how things look in early 2019 is a useless measurement – whether one chooses to evaluate the initiative positively or negatively. What is more important is what outcomes look like in the long-term. In that sense, it’s a bit like asking if a meal is a success while it is still being cooked. There is no doubt that some projects have got into trouble; but that does not necessarily mean that they are not fixable. Equally, there are projects that are going to plan, but may well in the future produce unexpected outcomes. Giving a running commentary on the BRI is not easy, and in some respects, does not help us understand the bigger picture.

What would you say is the biggest challenge facing BRI right now?

There are lots of challenges. Project evaluation; project viability; specific debt loads; national debt commitments; suspicion of Chinese motivations; hostility of political parties in host countries; significant US pressure on the BRI concept; the internal political system and climate within China; the global financial markets and the pressures they are under; climate change; new technologies. The list goes on and on. But as anyone who has ever invested knows, what matters is to balance the challenges with the opportunities, and to distinguish short-term problems from long-term structural weakness.

The populations of countries in Asia are not just becoming richer; they are also becoming more numerous. It stands to reason in any era that access to food and water, to energy (clean or otherwise) and to resources and goods that are valuable play a fundamental role in economic growth. In Europe, where we have very limited natural resources that are valuable, we have to survive by being ultra-competitive, and by providing services – which often cross lines, as has been clear by the way European banks have facilitated the rigging of interest rates, systematic fraud against their own customers and money-laundering from many parts of the world. These services have played a role, incidentally, in driving social inequality in developed economies. These are getting worse – not better. And that means we create winners and losers in society with ever greater speed and intensity. That in turn is why there is such discontent in western societies today – from protesters on the streets of Paris to demands for Brexit; from the rise of the far right in Germany to Trump’s plans to build a wall. So those resources will not drive change; they have been driving change for some time. 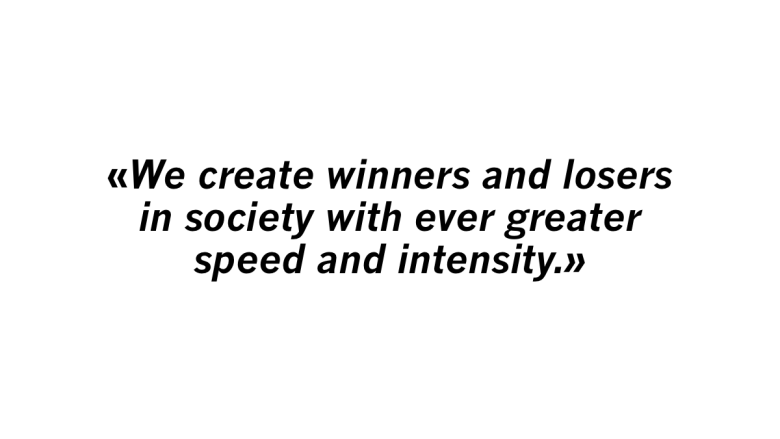 Many countries along the New Silk Roads can benefit from increasing cooperation and trade. Do you see the withdrawal from the Iran nuclear deal and the start of a trade war with China by the US as an attempt to actually put a stop to this development?

I think there are good and reasonable reasons why the US is trying to re-set its economic relations with China and level the playing fields. It is important, I think, to look beyond the bluster and claims of Trump and look at the realities. Clearly, it is difficult to comment in much detail as I write today, three weeks before the 1 March deadline for extension and deepening of tariffs. I am broadly optimistic of some sort of positive outcome – though I think this will simply kick the problems down the road, rather than resolve them.

I am less optimistic about Iran, partly because it is hard to see what success really looks like from a US perspective. But perhaps what is most interesting here is that the US is using, and is seen to be using, strong-arm tactics. Others are watching this, and may well do the same themselves in the future.

How should European countries approach BRI? What is a good BRI policy?

It seems to me that European countries are not good at approaches. Nor are they good at international policies other than those concerning trade. How should European countries approach Syria; or Iran; or Ukraine; or Russia; or Saudi Arabia etc.? The fact that there is no coherent response to these tells its own story. Europe and the West want to maintain the status quo. But you do not move if you only tread water. 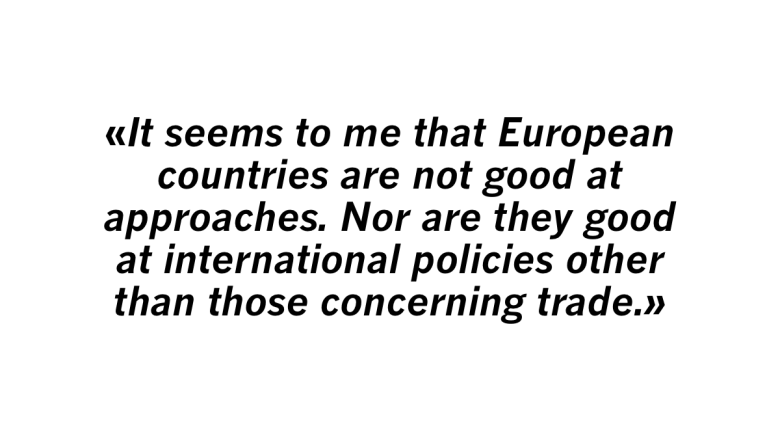 Will we still be talking about BRI in 20 years?

I am not sure why singling out the BRI is helpful. I think in 20 years time we will be talking about Asian connectivities – or Asian hostilities. BRI seems likely to be some part of that; but there are plenty of other local, regional and large-scale initiatives that are both significant and in many ways complementary to BRI. A better question is what Europe and the West will look like in two decades’ time.

As you explained also in The Silk Roads, the history of the ancient trade routes up until today, there are not only goods traveling these roads, but also people, ideas, and diseases. Do you detect anything «riding along» these New Silk Roads yet? 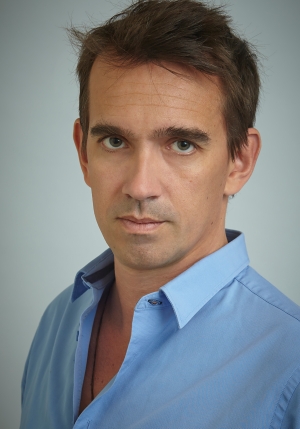 Peter Frankopan is Professor of Global History at Oxford University where he is also Senior Research Fellow at Worcester College and Director at the Centre for Byzantine Research. He was Schiff Scholar at Jesus College, Cambridge, and Senior Scholar at Corpus Christi College, Oxford. He has been Stanley J. Seeger Fellow at Princeton, Scaliger Visiting Professor at Leiden and Presidential Scholar at the Getty Center in Los Angeles. His revised translation of The Alexiad by Anna Komnene was published by Penguin Classics in 2009. He is the author of The First Crusade: The Call from the East (2012), The Silk Roads: A New History of the World (2015), and The New Silk Roads: The Present and the Future of the World (2018).

This interview is part of Asia Society Switzerland's interview series on China's «Belt and Road Initiative» and has been conducted in writing. Find all the interviews and other content about the BRI here.