The World According to Xi Jinping 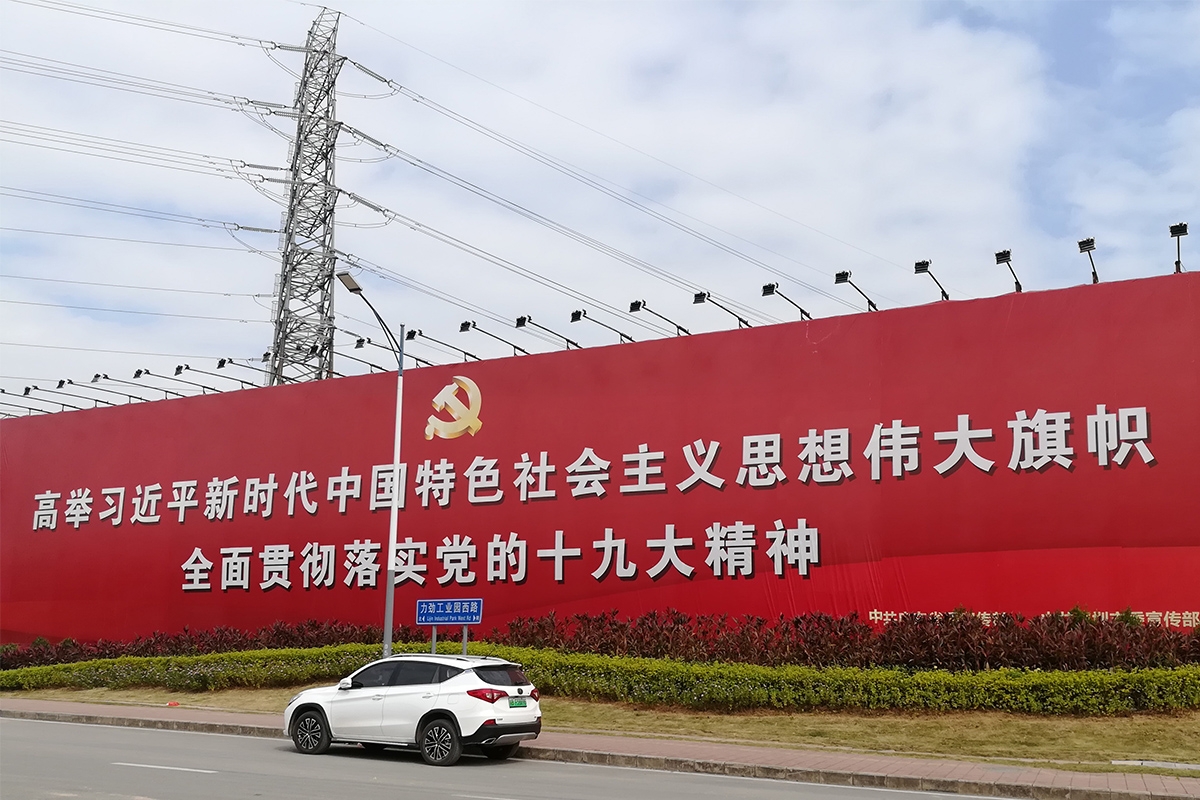 A political slogan on the wall in Longhua District, it reads: “Holding high the great banner of socialism with Chinese characteristics for the Xi Jinping Era. We should fully implement the of spirit of the 19th CPC National Congress." Image by Huangdan2060 with CC0 1.0 copyright

This webcast is open to the public. Register to participate on the conference platform Zoom!

What does China want from the world? The answer to this question becomes ever more pressing as China’s global influence rises. But how China and its leadership think about their country’s place in the world is still an issue of much debate.

Does China seek to “rule the world”? Or simply secure its spheres of influence? Does it want to utilize the current world order to its advantages, or replace it entirely? And does China even have a comprehensive long-term strategy?

In this webcast with Prof. Steve Tsang, we discuss the core tenets of “Xi Jinping Thought”, what they tell us about how China’s leadership thinks about its role in the world, and how it shifted from a strategy of “peaceful rise” to one of “uninterrupted rise”. We also consider what this strategy means for issues like Taiwan’s status, responding to climate change, and global business.

Professor Steve Tsang is Director of the SOAS China Institute, School of Oriental and African Studies University of London. He is also an Emeritus Fellow of St Antony’s College at Oxford, and an Associate Fellow at the Royal Institute of International Affairs (Chatham House). He previously served as the Head of the School of Contemporary Chinese Studies and as Director of the China Policy Institute at the University of Nottingham. Before that he spent 29 years at Oxford University, where he earned his D.Phil. and worked as a Professorial Fellow, Dean, and Director of the Asian Studies Centre at St Antony’s College. Professor Tsang regularly contributes to public debates on different aspects of issues related to the politics, history, foreign policy, security and development of the People's Republic of China, Taiwan, Hong Kong and East Asia more generally. He is known in particular for introducing the concept of 'consultative Leninism' as an analytical framework to understand the structure and nature of politics in contemporary China. He has a broad area of research interest and has published extensively, including five single authored and thirteen collaborative books. One of his latest publications is an article Party-state Realism: A Framework for Understanding China’s Approach to Foreign Policy, in the Journal of Contemporary China (2020), and his current research project is on ‘The Political Thought of Xi Jinping’.

This webcast is open to the public. Register with the link above!