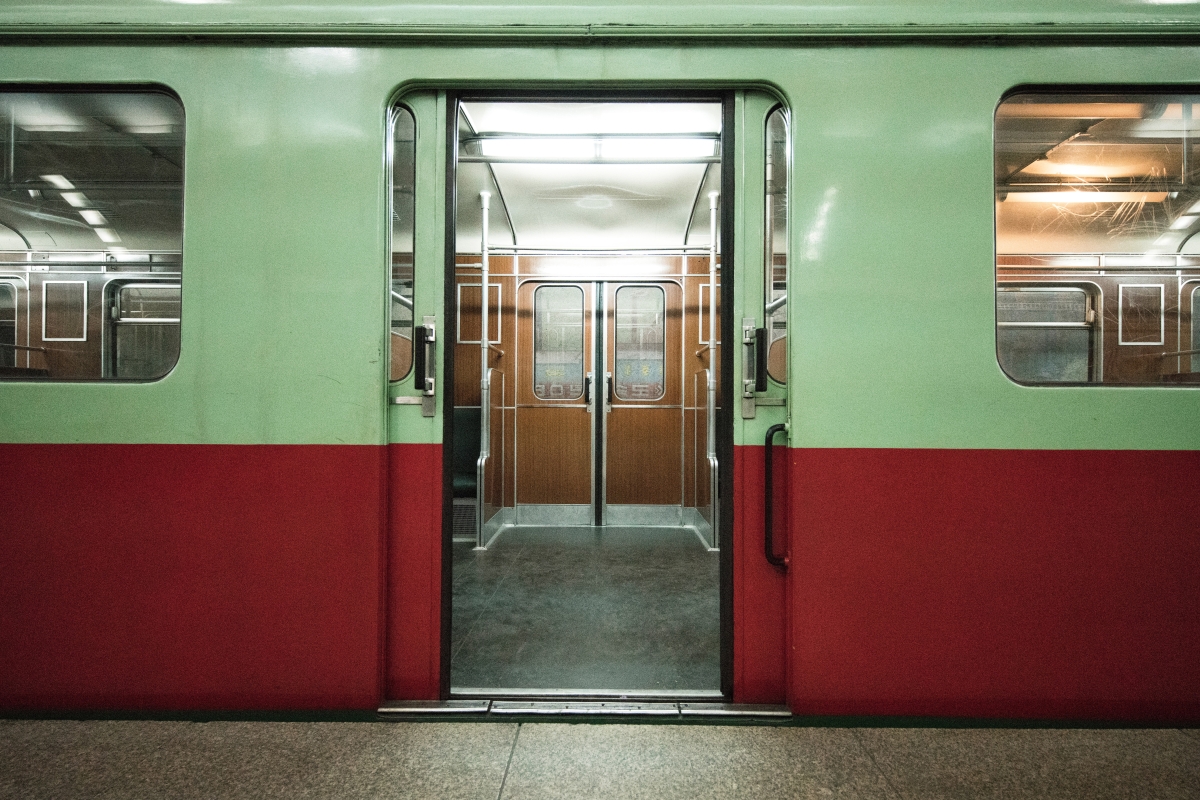 Train to Busan? Subway in Pyongyang. Photo by Random Institute on Unsplash.

There has been movement in the inter-Korean relations in recent years of historic proportions. The two countries never signed an official peace treaty and are technically still at war with an armistice in place. But they had their moment in 2018: a united women ice hockey team for the Olympics in Pyeongchang, entering the tournament under the flag displaying the whole Korean peninsula; regular talks between the two leaders Kim and Moon, with the latter assisting in realizing talks between North Korea and the U.S.; North Korea shutting down the Punggye-ri nuclear test site; a lot of handshakes, hopes, and smiles altogether.

Since then relations have deteriorated significantly, with North Korea blowing up the joint liaison office with South Korea in Kaesong only being its latest and very showy testament. The current South Korean government seems as eager as never before to keep up the talks, while the idea of a reunited Korea loses support especially among its younger citizens. What political system would such a Korea have? How would the transition go about? And who would cover the costs with some estimations going as high as $ 10 trillion, or almost seven times South Korea’s annual GDP – and counting only financial costs?

Dr. Ji-Young Lee is associate professor at the School of International Service and C.W. Lim and Korea Foundation Professor of Korean Studies at American University, Washington, USA. Her research focuses on East Asian security at the intersection of history, area studies, and international relations. Her works concern the impact of China’s rise on the U.S. alliance system in East Asia today and South Korean foreign policy. She held several fellowships, among others at Oberlin College, East-West Center, Pacific Forum Center for Strategic and International Studies, East Asia Institute. Her current book project, The Great Power Next Door, is a historically informed analysis of when and how China has chosen to militarily intervene in the Korean Peninsula.

Dr. John Delury is professor of Chinese Studies and Chair of International Cooperation Program at Yonsei University, Seoul, South Korea. He is a historian of modern China and expert on US-China relations and Korean Peninsula affairs. He is a senior fellow of the Asia Society and Pacific Century Institute and member of the Council of Foreign Relations, National Committee on US-China Relations and National Committee on North Korea. He contributes regularly to Foreign Affairs, Foreign Policy, Global Asia, and 38 North. He served as founding associate director of the Asia Society Center on US-China Relations in New York. He is currently writing a book about US-China relations during the Cold War, focusing on the case of imprisoned CIA officer Jack Downey. He is also working on a series of articles on China-North Korea relations and co-authored book project with Patrick McEachern on North Korean politics and history.

Dr. Sandra Fahy is an associate professor of anthropology in the Faculty of Liberal Arts and the Graduate Program in Global Studies at Sophia University, Tokyo. She holds a PhD from SOAS University of London. She is the author of two books about human rights in North Korea. The first studies the subjective experience of famine survival: Marching through Suffering: Loss and Survival in North Korea. The second scrutinizes violations committed by the DPRK, domestically and internationally, and the state’s use of video technology to spread denial of rights abuse allegations: Dying for Rights: Putting North Korea’s Rights Abuses on the Record. Currently she is working at Harvard Law’s Human Rights Program as Visiting Fellow on a book project about state perpetrators who use audiovisual technology to deny rights violations.

Dr. Steven Denney is postdoctoral research fellow in the Innovation Policy Lab at the Munk School of Global Affairs and Public Policy, University of Toronto, Canada, and a senior policy analyst at the Brookfield Institute for Innovation and Entrepreneurship. His research covers the fields of migration, identity, and entrepreneurship. He has received research grants and fellowships for his studies on Korea and the Asia Pacific, ranging from the United Nations, the Institute for Unification Education, the Academy of Korean Studies (AKS), and the UniKorea Foundation, among others. His latest publication (with Peter Ward and Christopher Green, 2020) is The limits of ethnic capital: impacts of social desirability on Korean views of co-ethnic immigration, published in the Journal of Ethnic and Migration Studies.

The Oxford-style format is broken down into four sections: opening remarks, an intra-panel discussion, a question-and-answer period, and closing remarks by both sides. Before the debate begins, the moderator shares the motion and each audience member casts their vote. Once both sides have shared their closing arguments, the audience places their final vote. The greater percentage change between the first and second votes determines the debate winner.