Protests in Thailand: Is the Country Ready for Reforms? | Asia Society Skip to main content

Protests in Thailand: Is the Country Ready for Reforms? 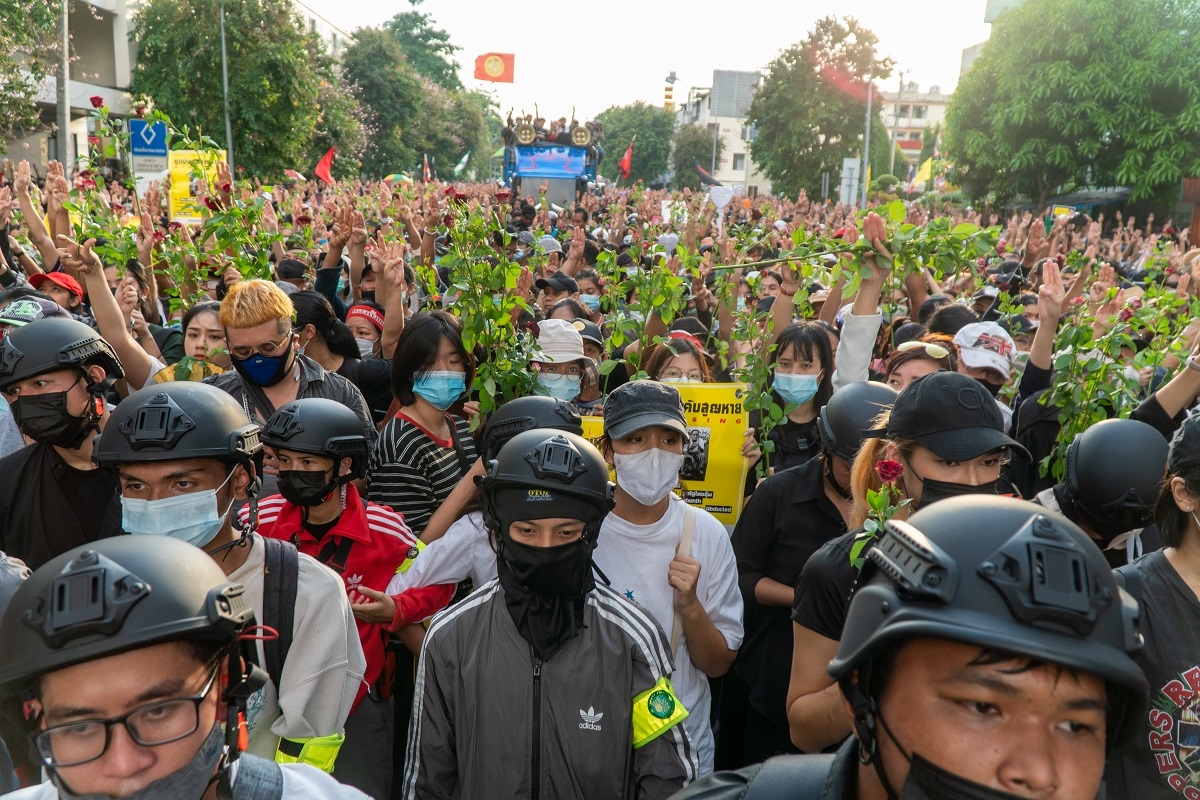 Thailand has a long history of political unrest and protest, but a new wave began in February 2020 after the military government disbanded a pro-democracy party. Protesters want Prime Minister Prayut Chan-o-cha to resign, and a reform of the monarchy – a delicate matter in a country with one of the strictest lèse-majesté laws, whose citizens are taught from birth to revere and love the monarchy and fear consequences of talking about it.

What are the main drivers behind Thailand’s protest movements? Are there any parallels to Hong Kong? As the Thai parliament discusses changes to the constitution, do these address the protesters’ demands? What sort of reforms does the current system allow, and what are the limits? As almost 35% of the world’s population now lives in autocratizing nations, is Thailand part of bigger autocratization trends?

Almost a year after protests have started, we’ll take a look at where we stand today with Dr. Janjira Sombatpoonsiri, assistant professor at the Institute of Asian Studies, Chulalongkorn University, and an associate at the German Institute for Global and Area Studies. This webcast is moderated by the Bangkok-based Swiss correspondent Lukas Messmer.

Janjira Sombatpoonsiri is currently a research-oriented assistant professor at the Institute of Asian Studies, Chulalongkorn University, and an associate at the German Institute for Global and Area Studies. Her research focuses on nonviolent activism and social movements in the context of democratisation and autocratic pushbacks. She is the author of Humor and Nonviolent Struggle in Serbia (New York: Syracuse University Press, 2015). Her articles also appear in several academic journals, including the Journal of Peacebuilding & Development and Journal of Civil Society (forthcoming). Janjira also serves as an academic advisor for the International Center for Nonviolent Conflict (ICNC), a member of the Carnegie Endowment for International Peace’s Civic Research Network, and a board member of the International Peace Research Association Foundation (IPRAF).

Lukas Messmer lives in Bangkok and has been Southeast Asia Correspondent for the Swiss radio and television broadcasting company Schweizer Radio und Fernsehen (SRF) since 2017. For a dozen years, he has worked as a journalist in Switzerland, Laos, Hong Kong, Shanghai, and Bangkok. Starting out as a print journalist, he first picked up a camera to document the “umbrella movement” in Hong Kong in 2014. Lukas studied History at the University of Zurich and journalism at the University of Hong Kong.