Episode 7: A Closer Look at the Philippines | Asia Society Skip to main content

Episode 7: A Closer Look at the Philippines

Through the Eyes of an Opinion Writer and a Historian 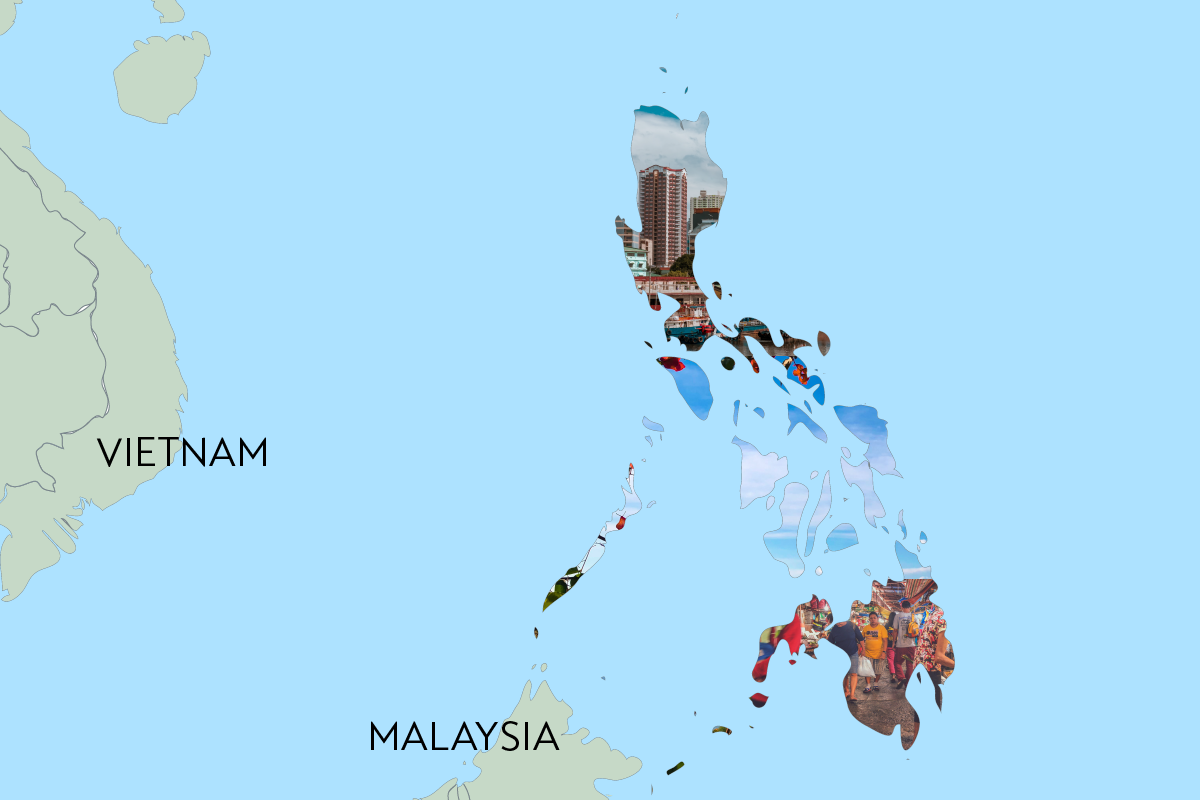 The Philippines consists of more than 7’000 islands and islets, but the bulk of its fast-growing population lives on just 11 of them. Filipinos continue to grapple with a society that is replete with paradoxes, perhaps the most obvious being the presence of extreme wealth alongside tremendous poverty. On May 9, 2022 voters in the Philippines will head to the polls to decide on a successor to current President Rodrigo Duterte.

Amid strong influence from Spain and the US, what makes up the Filipino identity? What post-colonial realities remain? And how does politics in the Philippines work?

For the seventh episode of this series, we’ll be joined by the Filipino writer and historian Manuel L. Quezon III and Filipina historian Mina Roces. This episode will be moderated by Noel Clehane, Global Head of Regulatory & Public Policy at BDO.

Manuel L. Quezon III is a speechwriter, political and crisis communications specialist, historian, opinion writer, book conceptualizer and editor, and blogger. As a practitioner of political communications, he has served as speechwriter and writing consultant to two presidents and a number of public figures. His government service engaged him in crisis communications and public online communications efforts. He is a columnist for the Philippine Daily Inquirer, a lecturer in journalism in the Colegio de San Juan de Letran, and a partner in DDI Strategic Communications. He is a contributor to other publications such as ABS-CBN online and Spot.ph. His professional interests and endeavors have centered upon mapping out and understanding the Philippine presidency, national electoral history, and Philippine protocol and heraldry.

Mina Roces is a Professor of History at University of New South Wales, Sydney. She is the author of five monographs: Women, Power and Kinship Politics in Post-War Philippines (Praeger 1998), Kinship Politics in Post-War Philippines: The Lopez Family, 1946-2000 (de la Salle University Press, 2001), Women’s Movements and the Filipina, 1986-2008 (University of Hawaii Press, 2012), The Filipino Migration Experience: Global Agents of Change (Cornell University Press, 2021), and Gender in Southeast Asia (Cambridge University Press, February 2022). In addition, she has co-edited several anthologies on the topic of women in Asia. Her research interests lie in twentieth century Philippine history, particularly women’s history as well as the history of dress. In 2019 she received the Grand Goodman Prize for excellence in Philippine Historical Studies given by the Philippine Studies Group of the Association for Asian Studies, USA. In 2016 she was elected fellow of the Australian Academy of the Humanities.

Noel Clehane is the Global Head of Regulatory & Public Policy at BDO and a chartered accountant with over 30 years’ experience in professional practice and public policy affairs. He coordinates the involvement of the BDO network globally in regulatory and public policy matters and is heavily involved in Europe-ASEAN matters for BDO. He is a frequent visitor to South-East Asia as a result. Based in Brussels, Belgium, he is a member of the Executive Board of the EU-ASEAN Business Council, Treasurer of the ASEAN Chamber EU and chaired the European Services Forum from 2017-2021. He is an active member of both Asia Society Switzerland and Asia House in the UK. Noel is a Fellow of both Chartered Accountants Ireland and the ICAEW in the UK. He also holds qualifications from Law Society Ireland, Instead Paris, the Institute of Risk Management, Florida Atlantic University and Zurich University of Applied Sciences.

For event details visit https://asiasociety.org/switzerland/events/episode-7-closer-look-philippines &nbsp; Find all episodes of the A Closer Look&nbsp;series here.