Episode 5: A Closer Look at Bhutan

Through the Eyes of a Journalist and Musician 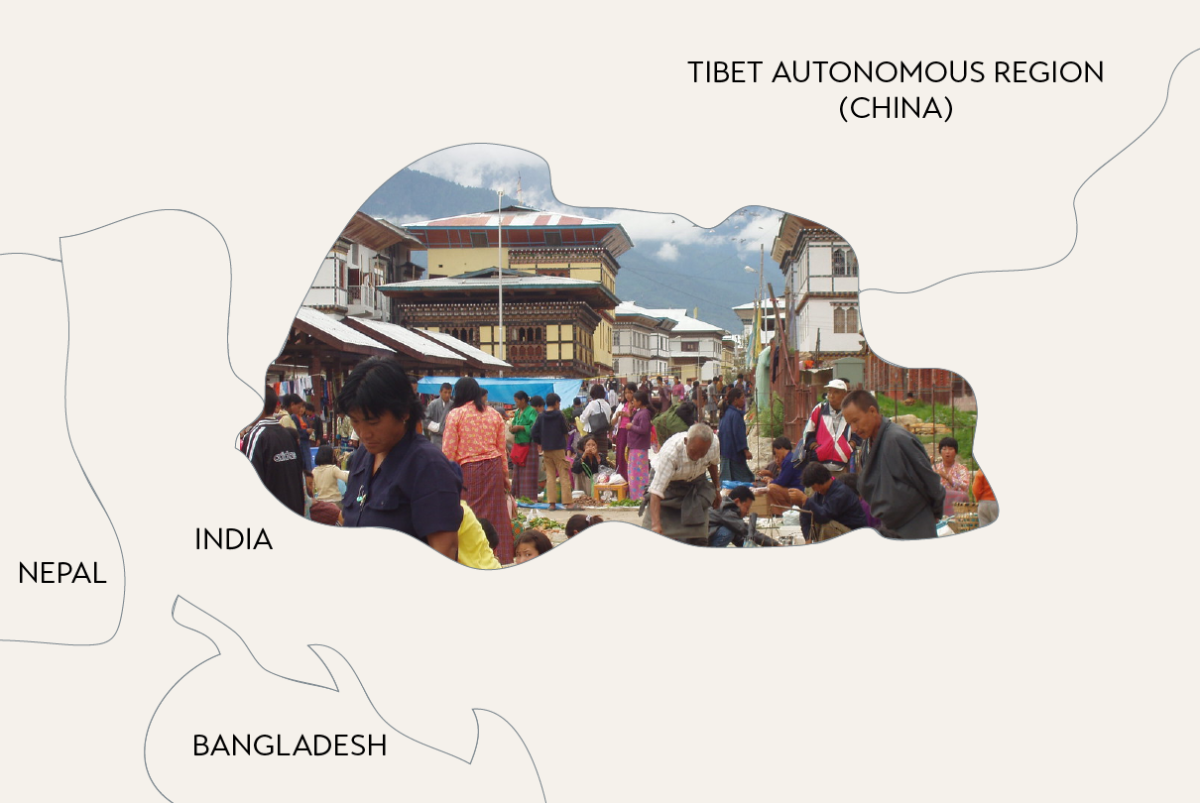 Bhutan. Photo of Market by by Genke Hans licensed under CC0 1.0

In the fifth episode of the series, we’ll explore Bhutan – the landlocked country located in the Eastern Himalayas. Until the 1970s, Bhutan was extremely isolated from the rest of the world when media was allowed to cover the new king’s coronation. Up to now, the country could keep some of the less desirable aspects of modernity at bay. Coming to terms with the inevitability of change, Bhutan takes pride in the national identity it was able to preserve, which remains visible in the country’s cultural heritage, and in its political and socio-economic systems.

How is Bhutan dealing with change that comes along with modernity? Who is driving these changes? What sort of generational issues, lifestyle trends and new occupation opportunities are present? And what’s the role of media in this process of development?

For this episode, we'll take on the perspective of Bhutan’s journalist and musician Supe ‘Kunga Tenzin Dorji’. After a brief introductory presentation of the country, Supe will share his view on the country's potential, where he sees the biggest challenges, and discuss modernization and the role of media in Bhutan, followed by a Q&A session. This episode will be moderated by Simona Grano, Senior Lecturer at the University of Zurich and Director of the Taiwan Studies Project at UZH.

Kunga Tenzin Dorji (Supe), a self-confessed jack-of-all-trades, is a freelance journalist who received the Jigme Singye Wangchuck Prestigious Journalism Award (2016). He contributes to various publications, writes scripts, narrates documentary films and hosts a talk show on Radio Valley 99.9 FM. He is also one of Bhutan’s best-known rock musicians and has acted in several films.

Simona A. Grano is Senior Lecturer at the University of Zurich (UZH) and Director of the Taiwan Studies Project at UZH. She completed her Ph.D. in Chinese Studies at Ca' Foscari University of Venice, Italy. She has held research positions and taught China Studies  and Taiwan Studies at her alma mater, at the University of Zurich in Switzerland and at the National Cheng'chi University in Taiwan. She has also been a visiting scholar at the University of Hong Kong and is a research fellow of the European Research Center on Contemporary Taiwan (ERCCT), in Tübingen, Germany as well as a research associate of SOAS for the year 2021. Simona's regional expertise centers on the People's Republic of China as well as on Taiwan and Hong Kong. She is the author of Environmental Governance in Taiwan: a new generation of activists and stakeholders, which has been published in 2015 by Routledge. Her new co-edited monograph titled Civil Society and the State in Democratic East Asia: Between Entanglement and Contention in Post High Growth (Amsterdam University Press, 2020) analyzes the dichotomy between civil society and the state in Japan, South Korea and Taiwan.