Episode 4: A Closer Look at Bangladesh 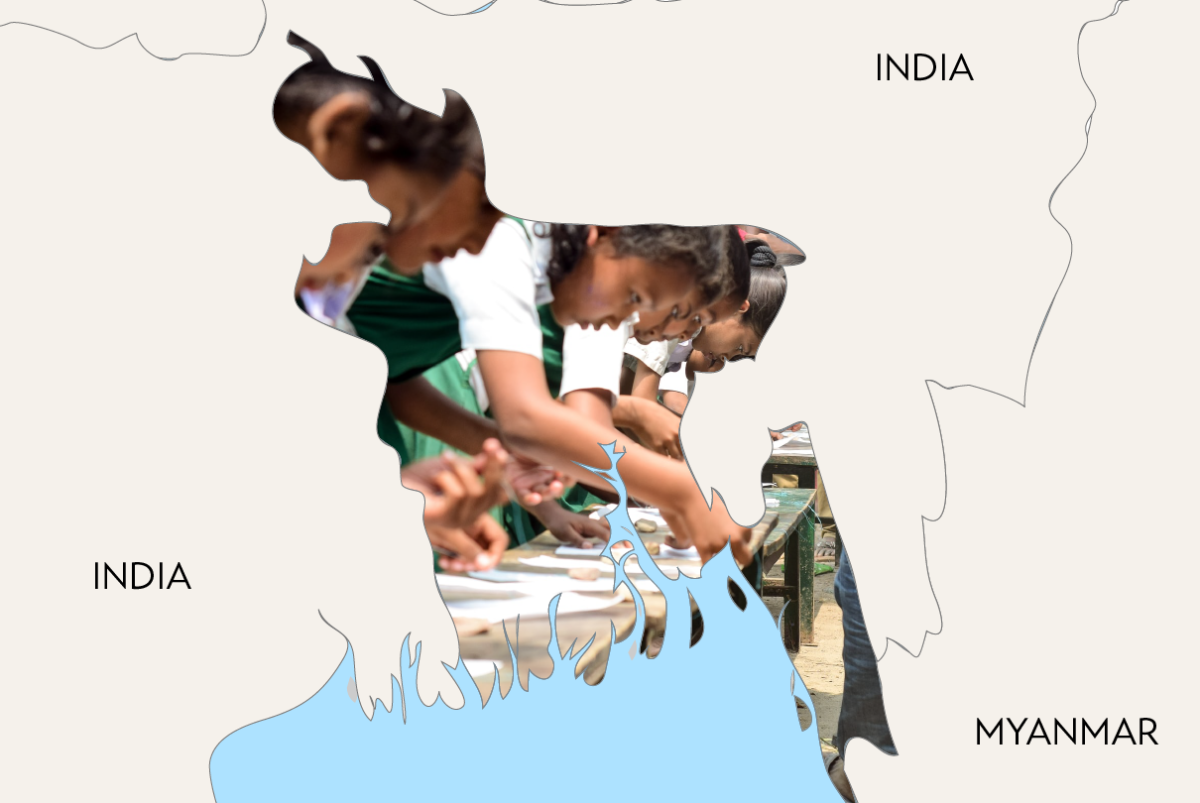 Bangladesh. Photo of children in Chittagong from Unsplash

The fourth episode of the series brings us to one of the world’s most crowded countries: Bangladesh. Among developing countries, Bangladesh is at the forefront in addressing gender disparity. Previously often unprivileged, illiterate and poor, women in Bangladesh have made major strides over the past decades – this is not only due to the fact that the country has had a female head of state longer than any other state in the world, but also due to Bangladesh’s experiences with microfinance.

What changes have been precipitated by the involvement of women in the decision-making process in Bangladesh? What are some of the main challenges society and in particular women face nowadays? And as Bangladesh remains a highly patriarchal society, what are some of the typical societal and family structures present in the country?

To answer these and other questions, we'll take on the perspective of the renowned Bengali academic Dr. Faraha Nawaz and Supreme Court lawyer Sara Hossain. After a brief introductory presentation of the country, the speakers will share their view on Bangladesh's potential, where they see the biggest challenges, and discuss the changing role of women in Bangladesh, followed by a Q&A session. This episode will be moderated by Asia Society Switzerland's Nico Luchsinger.

Dr. Faraha Nawaz is an Associate Professor at the University of Rajshahi, Bangladesh. Dr. Nawaz has proven her excellence both in basic and applied research as well as in publishing. As an academic, she has devoted herself in undertaking wide-ranging research in social sciences in general and gender issues in particular. She has published articles in refereed journals, chapters in edited books, and is the sole author of a book published from Palgrave Macmillan Microfinance and Women’s Empowerment in Bangladesh. Dr Nawaz is an active member of a number of international professional groups and networks such as NAPSIPAG, ISTR, EROPA, NZSAC, Dev Net and AWID, and has presented scholarly papers in various international conferences. She is a recipient of prestigious awards including gold medals, Charles Wallace award, Dev net Research award from New Zealand, Malaysian scholarly award, Australian Government scholarship, etc. She was an international fellow of Watson Institute for International and Public Affairs, Brown University, USA and a research fellow of Contemporary South Asian Studies program of School of Interdisciplinary area studies, University of OXFORD, UK.

Sara Hossain is a barrister practicing in the Supreme Court of Bangladesh, mainly in the areas of constitutional, public interest and family law. She is a partner at the law firm of Dr. Kamal Hossain and Associates, and serves pro bono as the Honorary Executive Director of the Bangladesh Legal Aid and Services Trust. Sara’s casework on women’s rights before the Supreme Court of Bangladesh has included among others, representing public interest petitioners, including BLAST, in writs challenging ‘fatwa’ violence (degrading punishments being imposed on women and girls accused of violating community norms on sexuality), ‘forced veiling’ and the use of the ‘two finger test’ as a form of medical evidence collection. Sara writes and speaks on public interest law, human rights and women’s rights and access to justice. Her publications include Confronting Constitutional Curtailments: Attempts to Rebuild Independence of the Judiciary in Bangladesh, in Paul Brass (ed) Handbook of Politics in South Asia (Routledge, 2010), Wayward Girls and Well-Wisher Parents: Habeas Corpus, Women’s Rights to Consent and the Bangladesh Courts in Aisha Gill (ed) Forced Marriage (Zed, London 2010); (with Bina de Costa) Redress for Sexual Violence Before the International Crimes Tribunal in Bangladesh: Lessons from History, and Hopes for the Future in Criminal Law Forum, Volume 21, Number 2, 331-359; (Co-edited with Lynn Welchman) Honour”: Crimes, Paradigms and Violence against Women (Zed Books, London, 2005); (co-edited with Dina M. Siddiqi) Human Rights in Bangladesh 2007 (ASK, Dhaka, 2008); (with Sajeda Amin) Rohingya Refugee Women and Girls: Remedies and Responses to Sexual and Gender based Violence in Bangladesh in Imtiaz Ahmed (ed) The Rohingya Refugee Crisis: Towards Sustainable Solutions, (Dhaka 2019).