Episode 2: A Closer Look at Uzbekistan 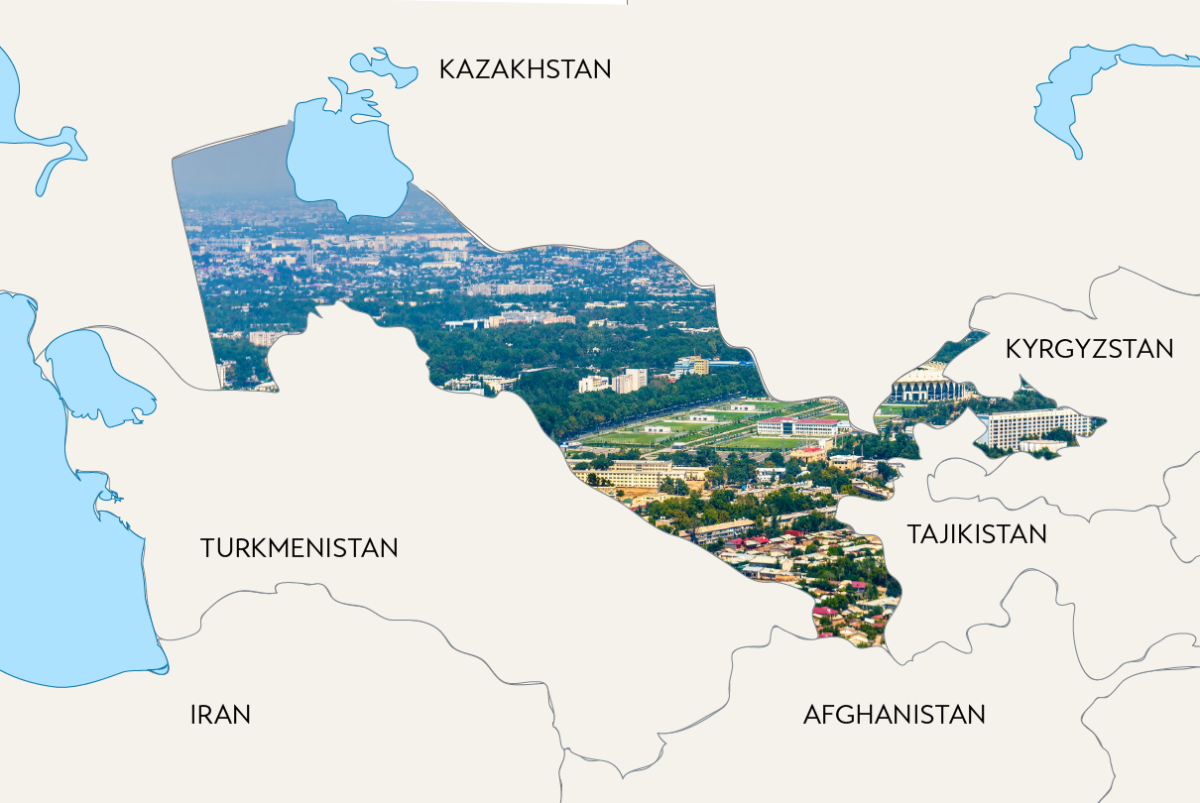 Uzbekistan. Photo of Tashkent on Canva

In the second episode we’ll explore the land locked and most populous country of Central Asia: Uzbekistan. After two decades of economic and political isolation under the former President Islom Karimov, there are hopes that the current president’s “Quiet Revolution” will bring needed change to the country’s society and economy. Among others, the current government has supported the creation of civil society organizations, and has allowed more freedom for media actors.

What is Uzbekistan's course and reform program under the current President Shavkat Mirziyoyev? How has the civil rights landscape evolved in the last decades? What is the role of civil society organizations nowadays? And what changes could these achieve in the cotton industry, this being the country’s most important economic sector?

Let’s take on the perspective of the human rights lawyer Dilfuza Kurolova and political scientist Dr. Farkhod Tolipov. After a brief introductory presentation of the country, the speakers will share their view on the country's potential, its biggest challenges for the near future, and discuss ongoing reforms and the development of civil society in Uzbekistan, followed by a Q&A session. This episode will be moderated by Simona Grano, Senior Lecturer at the University of Zurich and Director of the Taiwan Studies Project at UZH.

Dilfuza Kurolova is a human rights lawyer and founding-curator of the Global Shapers Tashkent Hub, the youth initiative of the World Economic Forum. She is also a part of the Social Development Team of the World Bank on citizen engagement. In addition, she is a Speakers Curator of TEDx Mustaqillik Square since 2016, an active member of the Central Asian Youth Networking (CAYN) since 2010, and OSCE Youth Ambassador for Uzbekistan since 2015. Previously, she worked at the International Commission of Jurists, an international NGO based in Switzerland implementing the ACCESS project to promote economic, social and cultural rights in Uzbekistan, and a Third-Party-Monitoring project of the ILO in Uzbekistan covering labor rights and feedback mechanisms during cotton harvest 2016-2020. As an active promoter of human rights, particularly right to food and other social rights, she was a consultant at the Child Protection Section of UNICEF Uzbekistan CO in 2018 covering protection policy of children left behind by migrating parents. In addition, she runs her own social project since 2019 in providing free legal consultations through social media accounts. Dilfuza has a Master`s Degree in Politics and Security from the OSCE Academy in Bishkek and LLM on International Law from the Tashkent State University of Law.