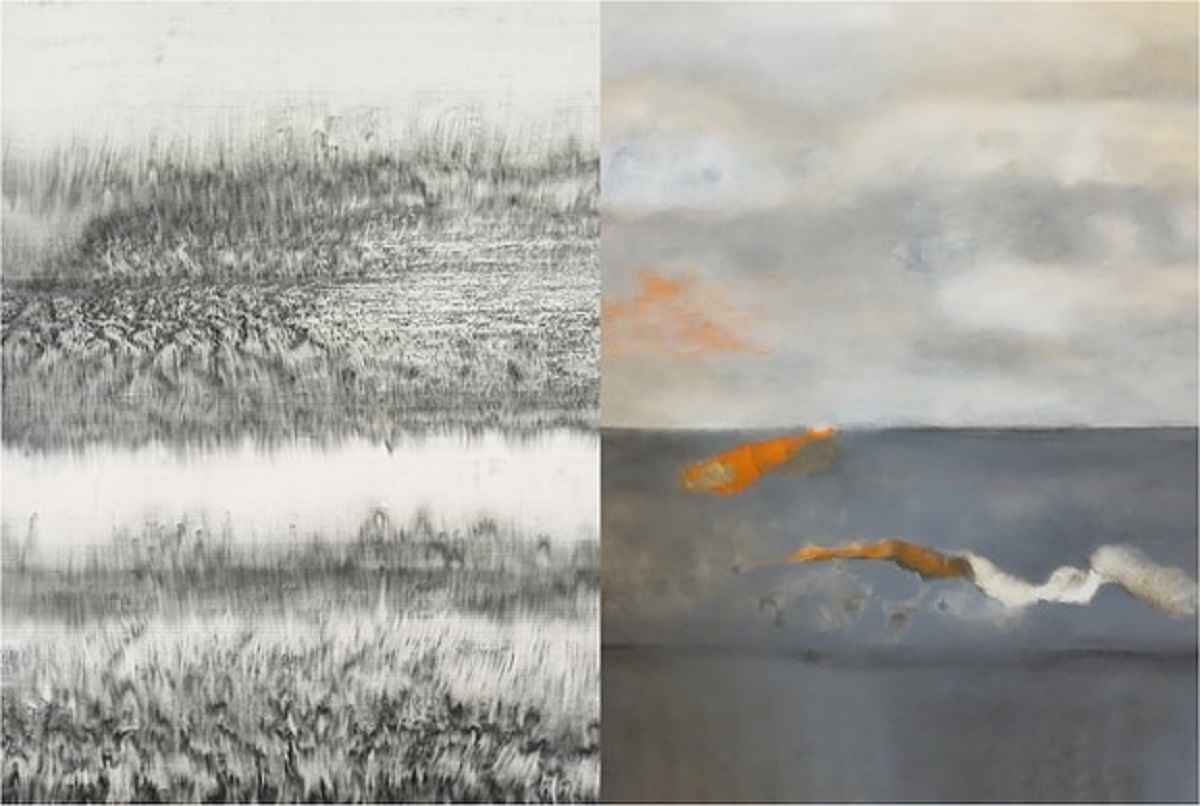 ***
PLEASE NOTE THAT THIS EVENT HAS BEEN CANCELED AS THE HOMELAND IN TRANSIT EXHIBITION IN ZOLLIKON IS POSTPONED DUE TO THE CORONAVIRUS OUTBREAK.
***

The word ‘homeland’ evokes a physical and permanent form on the surface, yet when we dive a little deeper into our memories and emotions, the word urges us to reflect on its complex and shifting nature. The HOMELAND in TRANSIT exhibition in Zollikon, part of an ongoing curatorial project, interweaves the work of Tibetan and Hong Kong artists that reflect a sense or aspect of identities, origins, self-searching, territories, diaspora, orientations, instability, unsettledness in response to the ever-changing definitions of homeland.

What is the relationship between an artist’s personal experience and his/her artmaking? What are the historical contexts in which these Hong Kong and Tibetan artists grew up in and negotiate with? And what are the different notions, experiences and perspectives we can find in their presented artwork? The HOMELAND in TRANSIT exhibition features the work of Bern-based Tibetan artist Sonam Dolma Brauen and six Hong Kong artists Hung Fai, Lee Ka Sing, Leung Chi Wo, MAP Office, Lulu Ngie and Wai Pong Yu.

Angelika Li, Founder and curator of the HOMELAND in TRANSIT project will discuss the notion of homeland together with her co-curator Dr. Martin Brauen, cultural anthropologist specialised in Tibet and the Himalayas and museum curator from Bern, Switzerland. They will take you through the HOMELAND in TRANSIT exhibition interweaving historical perspectives, individual experiences and contemporary art practices.

Angelika Li, expert in history of art and architecture and cultural management, engages with the essence of local culture, heritage and stories, and the continuous dialogue between local and international communities. Li is the founder and curator of HOMELAND in TRANSIT, a curatorial project between Basel and Hong Kong, and the co-founder of PF25 cultural projects, a research initiative focusing on the everyday life and ecologies of the two city regions. Li was the founding director of MILL6 Foundation in 2015, and the first gallery director of Sotheby’s Gallery in Asia in 2013. She lives and works in Basel and Hong Kong.

Dr. Martin Brauen, private lecturer, is a cultural anthropologist specialised in Tibet and the Himalayas and museum curator from Bern, Switzerland. From 2008 to 2012, he was the chief curator of the Rubin Museum for Art in New York. Before he has been the head of the Himalaya, Tibet, and the Far East department of the Ethnographic Museum of the University of Zurich. Today he is an independent curator, also involved in modern and contemporary art.

Sonam Dolma Brauen spent the first six years of her life in Tibet. Due to the Chinese occupation of Tibet, she fled across the Himalayan mountains with her family to India in 1959. At the age of 19, Sonam and her mother emigrated to Switzerland. Sonam began her training in 1990, studying at Art School Bern with Arthur Freuler, Leopold Schropp, Mariann Bissegger, and most significantly, Serge Fausto Sommer. The majority of her paintings are abstract. They are illusory appearances following the Buddhist belief that all appearance is ultimately illusory. After moving to New York City in 2008, she began working more with installations using materials and objects like used monk robes from Asia, plaster, empty amunition shells. Her installations express ongoing themes that preoccupy her: Machoism and its relation to power, money and war; and the political situation in her home country Tibet.

Hung Fai graduated from the Fine Arts Department of The Chinese University of Hong Kong in 2013. His work focuses mainly on the field of contemporary ink art. Hung has developed unique expression and presentation techniques on both paper and canvas. Through the deconstruction of elements in traditional Chinese ink paintings, his works are reconstructed conceptually through a series of experimentation and transformation.

Leung Chi Wo is a visual artist whose reflective practice combines historical exploration with conceptual inquiry within a contemporary urban landscape. Ranging from photography, video, text, performance to installation, he is concerned with the undetermined relationship between conception, perception and understanding, especially in relation to site and history within cultural/political frameworks. He was featured in the first Hong Kong pavilion at the Venice Biennale in 2001, and has exhibited in major international institutions.

MAP Office is a multidisciplinary platform devised by Laurent Gutierrez and Valérie Portefaix. This duo of artists has been based in Hong Kong since 1996, working on physical and imaginary territories using varied means of expression. MAP Office projects have been shown in over 100 exhibitions at venues including the MoMA and the Guggenheim Museum (New York), the Georges Pompidou Centre (Paris) and the Ullens Centre for Contemporary Art (Beijing), around 35 Biennales and Trienniales around the world with five contributions to the Venice Biennale in Art and Architecture (2000, 2003, 2007, 2008, 2010). Their cross-disciplinary practice has been the subject of a monograph, ‘MAP OFFICE – Where the Map is the Territory’ (2011).

Lulu Ngie delights in studying the human psyche as expressed through a person’s body language: how we stand, sit, lie and move, however subtly, reveals what we think and feel. When experiencing uncomfortable emotions such as acute embarrassment, anxiety or fear, we often try to protect ourselves by seeking distractions or rationalising our feelings. Sometimes we try simply to laugh it off. Ngie shares her fascination in this often unnoticed but powerful part of our mental world. Ngie graduated from the Hong Kong Art School with a major in painting in 2006.

Wai Pong Yiu moved at the age of 2 to Hong Kong from Hainan Island. He graduated from the Fine Arts Department of The Chinese University of Hong Kong in 2006. Wai has developed his own oeuvre with ink from ballpoint pen on paper, spinning the thread of his emotion and mind continuously as one line as it multiplies in rhizomatic manner. His subject matter often relates to the notion of the cosmos, time, nature, across the fields of juxtapositions and metaphysical forms.