Big Picture – The Flavors of Sichuan 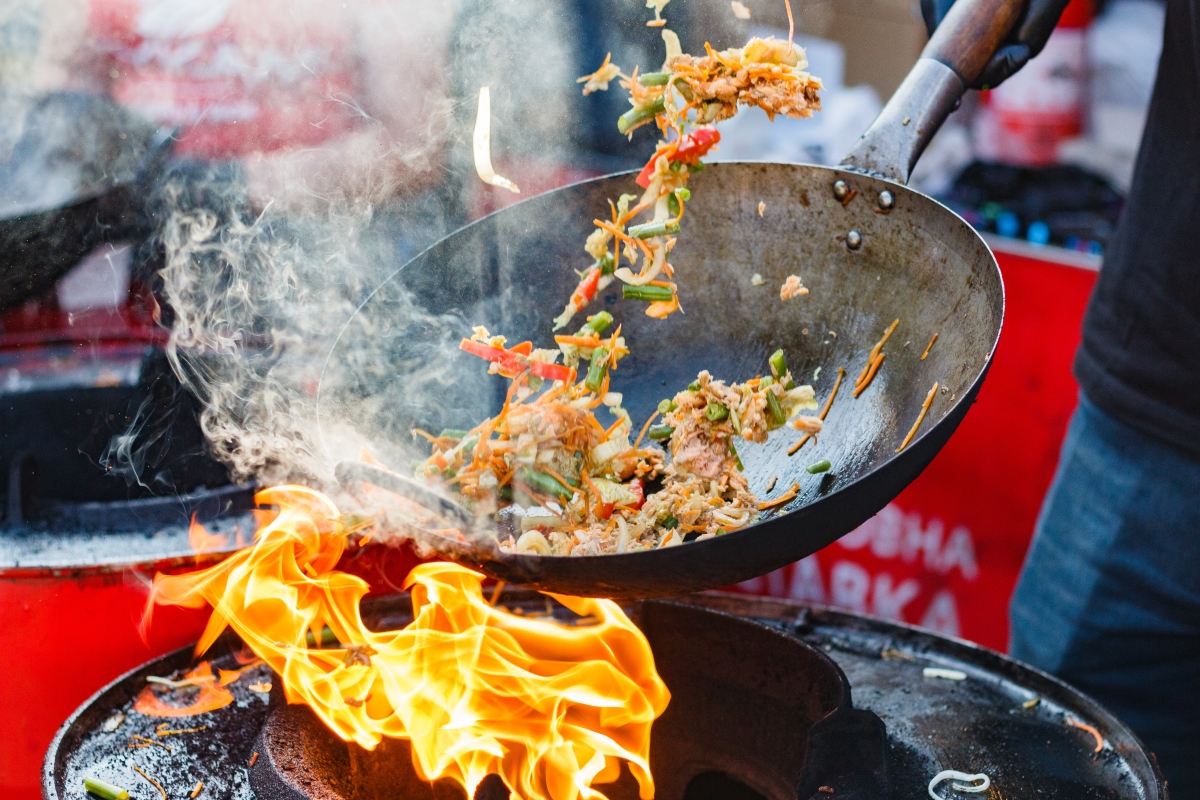 Cooking might be the oldest form of art in the history of humankind. The chefs of Sichuan province in southwest China have truly mastered it. Celebrated as one of China’s eight great cuisines, Sichuanese dishes are best known for their spiciness. But with over 5,000 different dishes originating from the region, Sichuan offers gourmets much more to discover. While Sichuanese cuisine has gained prominence in recent years, most people in the West still associate "Chinese food" with Cantonese-style dishes.

What misconceptions about Chinese food prevail, and how can we broaden our culinary horizons? What are the most prominent spices used in Chinese cuisine – and if Sichuan had to be described in terms of ingredients, what would it taste like?

The British star chef Fuchsia Dunlop is well-known for her knowledge of the Chinese cuisine – and for her love of Sichuanese food in particular. She was the first foreigner to study full-time at the famous Sichuan Institute of Higher Cuisine. In conversation with moderator Aurelia Rauch, she will talk about how her time in Chengdu has formed her as a chef, and about cooking as a way to delve into a culture and celebrate cultural heritage. They will also discuss the ongoing debate on whether this cultural heritage should be adapted to suit modern palates, or whether it should be served the way it was enjoyed by previous generations.

Join our interactive culinary discussion, blend the flavors of Sichuan with new insights, and ask Fuchsia your burning questions about food, cooking, and more.

The event will be followed by an apéro, where you will also have the chance to get a hand-signed copy of Fuchsia's latest book, The Food of Sichuan.

Fuchsia Dunlop is a cook and food-writer specialising in Chinese cuisine. She was the first Westerner to train as a chef at the Sichuan Institute of Higher Cuisine, and has spent much of the last two decades exploring China and its food. She is the author of the award-winning The Food of Sichuan; Land of Fish and Rice: Recipes from the Culinary Heart of China; Every Grain of Rice: Simple Chinese Home Cooking; Shark's Fin and Sichuan Pepper: A Sweet-Sour Memoir of Eating in China. Fuchsia’s work has appeared in publications including The Financial Times, The New Yorker, and Observer Food Monthly. She is a regular guest on radio and television, and has appeared on shows including Anthony Bourdain’s Parts Unknown (2016), CNN’s On China, Gordon Ramsay's The F-Word, NPR's All Things Considered and The Food Programme on BBC Radio 4.

Aurelia Rauch received her Magistra Artium in Art History at the University of Münster in 2010, after her training in museum education at the Kunsthalle Bielefeld and the Kunstmuseum Pablo Picasso Münster. Until 2018, she lived and worked in New York City and played an important role in New York's vibrant contemporary art scene, alongside her work in commercial and non-profit art organizations. Most recently she worked as Creative Director at Sperone Westwater on projects with artists such as Bruce Nauman, Susan Rothenberg, Richard Long, Tom Sachs and Ali Banisadr. Since 2018, Aurelia has been the Head of Communications at Bergos, and Senior Consultant, Bergos Art Consult. Bergos is a Corporate Partner of Asia Society Switzerland.