A Tour With Artist Nici Jost at Kunstraum Baden 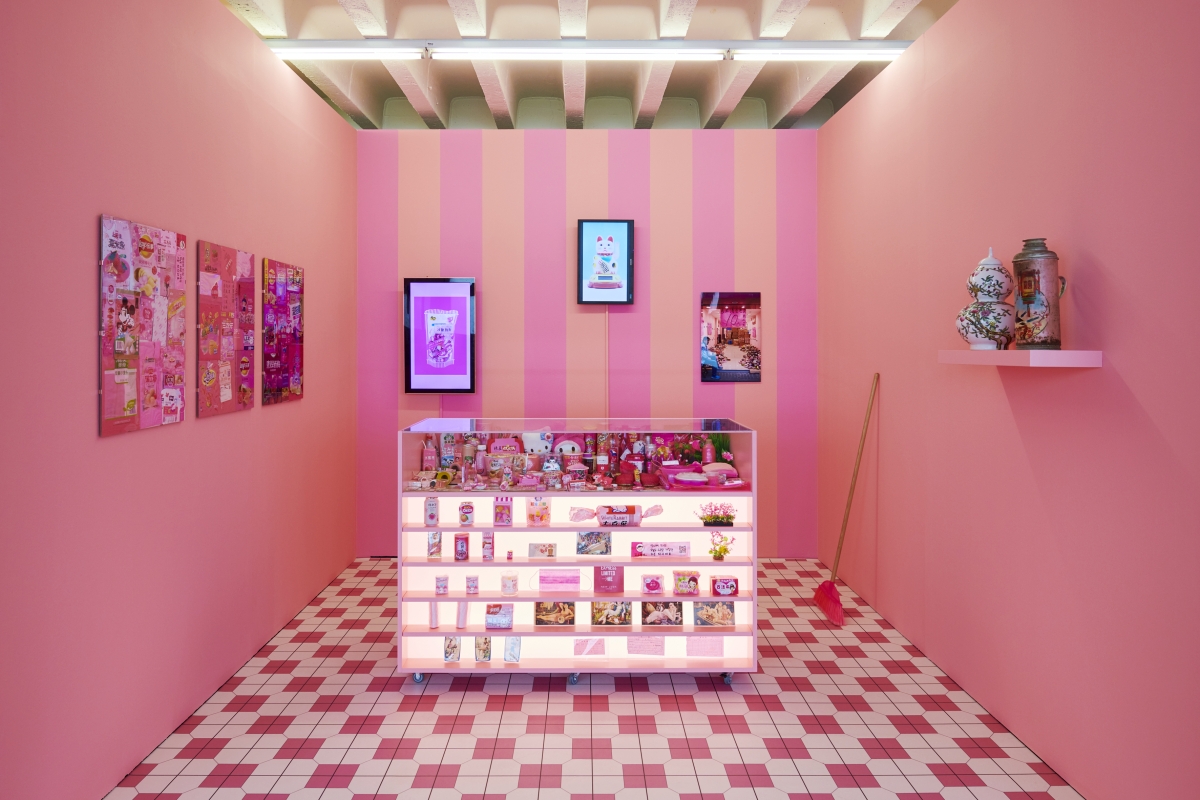 This event is for Asia Society Members only.

The colour pink is omnipresent in the works of Nici Jost. There is no other colour in the spectrum that evokes such different associations as pink, and very few colours are so strongly influenced by emotional and aesthetic conditioning – pink is subject to many prejudices. 2016 she created the Pink Colour System. It is a research-based project spanning several years. By analyzing the nature of pink, its distinctive characteristics, its history, political, and social meanings, as well as the psychological effects it has on people and the reactions it provokes, the Pink Colour System not only names and categorizes but also distinguishes the meaning and essence of different pink shades.

The exhibition 桃花源 Land of Peach Blossom is based on the material Jost brought back from her six-month residency in Shanghai (2018). During that time she had the opportunity to discover how pink is perceived in Chinese culture. The focus on the colour pink in China has proven enormously productive. As a way to orient oneself in an overwhelming flood of impressions, but surprisingly also as a tool that allows deeper insights into the social and cultural complexity of China. Join us on a guided tour by the artist herself through the Land of Peach Blossom.

Nici Jost is a conceptual and multimedia artist and photographer, born in Banff, Canada. At a young age, she moved to Switzerland where she now lives and works. After doing an apprenticeship as a photo technician in Switzerland and studying photography at the Nova Scotia Community College in Halifax, Canada, in 2004, she worked as an intern for Pipilotti Rist from 2008 to 2009. In 2010, she graduated with a Bachelor Degree in Media Art and in 2016 with an MFA from the FHNW / HGK (Basel). In 2011 Jost was awarded the Cultural Prize of the Alexander Clavel Foundation in Riehen. In 2015, she received a grant from the Aargauer Kuratorium. From February until August 2018 she held the Swatch Art Peace Hotel Residency in Shanghai. In 2019, her first comprehensive publication Instinctive Desire was published by edition fink and appears as Volume 8 of the series Primeur issued by the Aargauer Kuratorium. Her work has been shown widely in Switzerland and abroad, and her photographs and installations are incorporated in private and public collections.

We have a very limited number of tickets. In order to avoid no-shows, a CHF 50 no-show fee will be charged if you do not cancel your registration until 24 hours before the event at the latest.

This event is part of the Art Over Lunch series.

This event is part of the Art Over Lunch series.