«China Is at a Crossroads» | Asia Society Skip to main content

«China Is at a Crossroads»

Daniel H. Rosen on the Lack of Economic Reforms and the US-China Trade Dispute 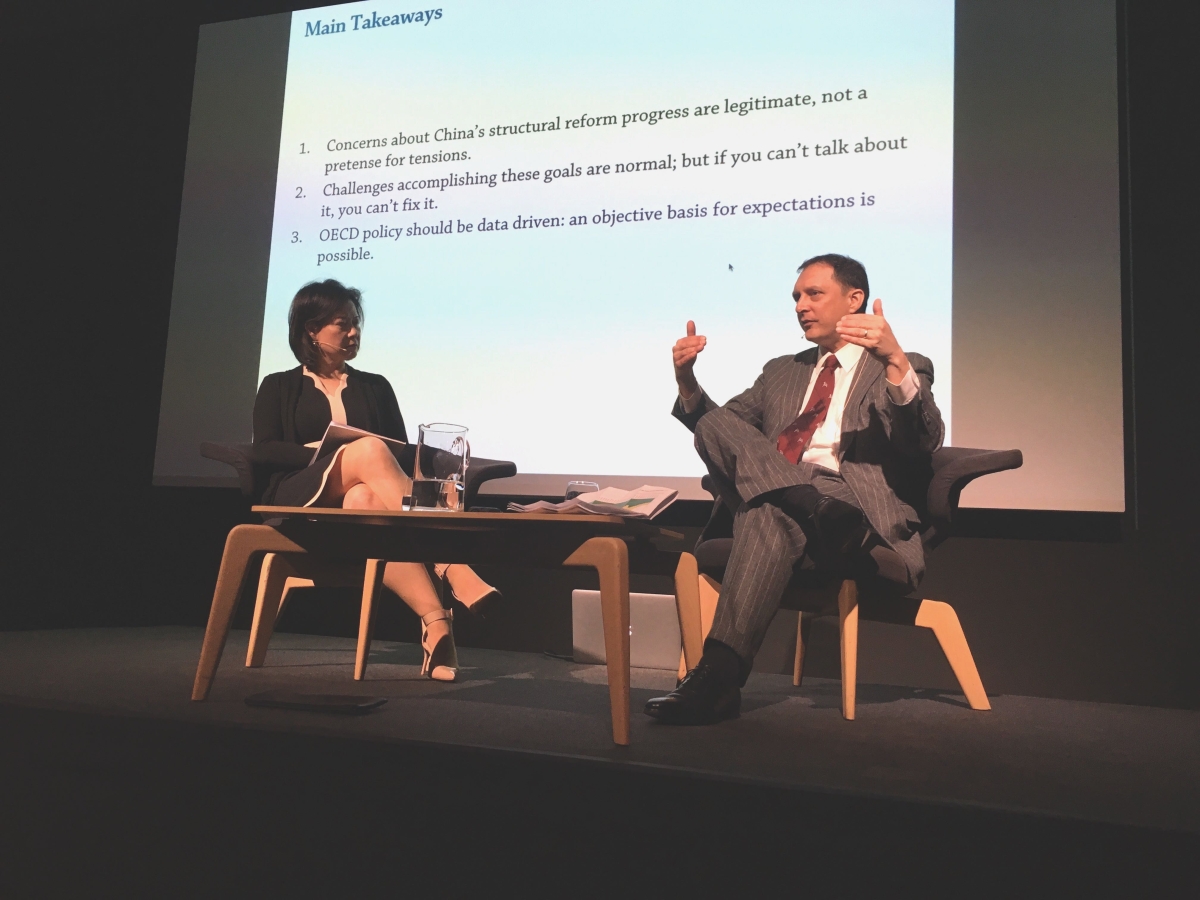 Just a few days before Asia Society Switzerland hosted Daniel H. Rosen, founder of Rhodium Group and one of the world's leading experts on the Chinese economy, the news broke: U.S. President Donald Trump announced (in a series of late-night tweets, naturally) that he would not impose higher tariffs on Chinese imports on March 1, as he had threatened before.

But this short-term development left Dan unfazed. His focus is on the long-term development of China's economy: The China Dashboard, an interactive web platform by the Asia Society Policy Institute and Dan's Rhodium Group, tracks China’s progress toward its self-defined economic reform goals. "Too many people in the West assume that Xi Jinping is a Marxist at heart who never had any real intention of economic reform", said Dan. "But at the beginning of his tenure, there were plenty of plans for reform." From those 2013 plans, Dan and his team identified ten policy objectives and developed a system to track their performances. Since 2017 the China Dashboard releases quarterly updates on the status of China’s economic reforms. It doesn't look good: except for the categories "Innovation" and "Environment", there is no progress or even backsliding. 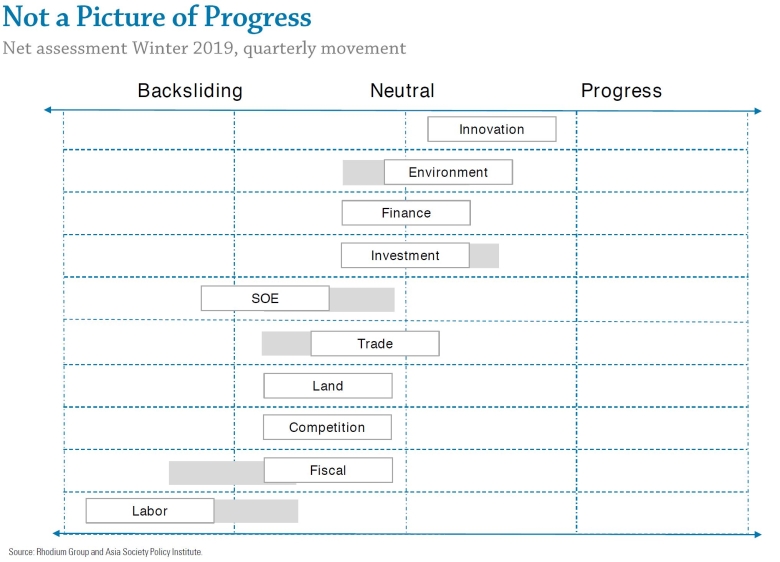 Two nights in a row Dan presented his latest findings to big audiences in Zurich and Geneva, and talked about the broad range of issues that affect the Chinese reform efforts. China's economy, he argues, is still much more state-controlled than it should be. That contributes to its relative inefficiency: Each year, China needs to put in more capital to create the same amount of growth. "That's simply unsustainable", said Dan. "China needs to recognize that its success is not the result of an alternative government-led model, but the hard work of private businesses."

In Dan Rosen's view, concerns about China's structural reform progress are thus very much legimitate, and not just a "negotiation ploy". He warns of short-sighted measures on both sides: The U.S. should not seek a deal under which China simply buys more American soybeans again. And China cannot content itself with the current pace and scope of reforms - it needs to do more. He is not optimistic about a sustainable deal being agreed to soon: "Both presidents have increased expectations at home a lot."

But it would also be too cynical to assume that China will just never reform, Dan said. "If our models are right, they simply have no choice."

Find Daniel H. Rosen's full presentation here and listen to the podcast of the conversation in Zurich here:

We also conducted a 'Behind the Scenes'-interview with Daniel H. Rosen which can be read here.

Daniel H. Rosen is the founder of Rhodium Group, an independent research company combining economic data and policy insights to analyze global trends. He has twenty-six years of professional experience analyzing China’s economy, commercial sector and external interactions. He is widely recognized for his contributions on the US-China economic relationship. He is affiliated with a number of American thinktanks focused on international economics and is an Adjunct Associate Professor at Columbia University. From 2000-2001, Dan was Senior Adviser for International Economic Policy at the White House National Economic Council and National Security Council. He is a member of the Council on Foreign Relations and board member of the National Committee on US-China Relations. A native of New York City, Dan graduated with distinction from the Graduate School of Foreign Service of Georgetown University (MSFS) and with honors in Asian Studies and Economics from the University of Texas, Austin (BA).