Nicholas Kristof: Documentary Is Reminder of 'Foremost Moral Issue' of This Century 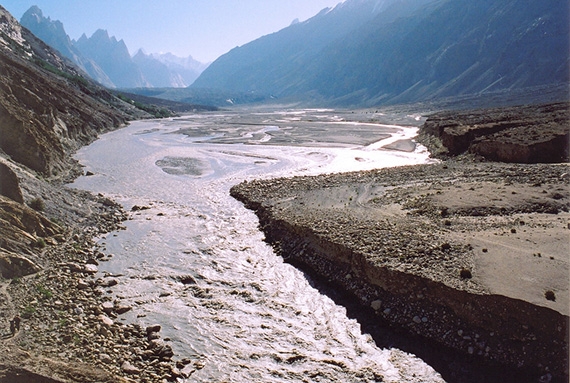 The Oscar-award nominated documentary A Girl in the River: The Price of Forgiveness tells the story of Saba Qaiser, a Pakistani teenager who ran away to marry her boyfriend against her parents' wishes. After the wedding, Qaiser’s father and uncle tracked her down to kill her as retribution for defying her family. The attempted murder of Qaiser, referred to as an "honor killing," is hardly unique: According to the International Honor Based Violence Awareness Group, an advocacy organization, there are more than 5,000 such killings around the world each year.

Can’t make it to this program? Tune in Thursday, February 18, at 6:30pm New York time for a free live video webcast of the discussion. Viewers are encouraged to submit questions to moderator@asiasociety.org or via Twitter by using the hashtag #AsiaSocietyLIVE.AsiaSociety.org/Live

On Sunday, New York Times columnist Nicholas Kristof devoted his column to Qaiser’s survival and the larger issue of honor killings. “About every 90 minutes, an honor killing unfolds somewhere in the world, usually in a Muslim country,” Kristof wrote. “Pakistan alone has more than 1,000 a year, and the killers often go unpunished.”

These killings have traditionally been met with little consequence because of antiquated laws that allow killers to be forgiven by the victims' family members. That is until filmmaker Sharmeen Obaid-Chinoy told the story of Qaiser, whose harrowing experience has challenged her native Pakistan to crack down:

Watching the documentary about Saba, A Girl in the River: The Price of Forgiveness, I kept thinking that just as in the 19th century the central moral challenge for the world was slavery, and in the 20th century it was totalitarianism, in this century the foremost moral issue is the abuse and oppression that is the lot of so many women and girls around the world.

I don’t know whether A Girl in the River will win an Oscar in its category, short subject documentary, but it is already making a difference. Citing the film, Prime Minister Nawaz Sharif of Pakistan has promised to change the country’s laws so as to crack down on honor killings.

Join Asia Society New York for a screening of the HBO documentary, A Girl in the River: The Price of Forgiveness on February 18 at 6:30pm.

The screening will be followed by a conversation with Obaid-Chinoy and be moderated by author and journalist Kati Marton.

To reserve a spot, RSVP to GlobalInitiatives@AsiaSociety.org.