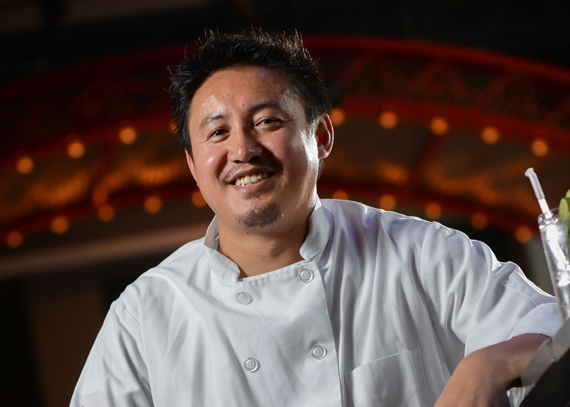 Tsering Nyima is Great Performances’ Chef de Cuisine at the Garden Court Café at Asia Society. Chef Nyima came to Great Performances with culinary experience grounded in cuisines ranging from French, Indian, New American, German, Austrian, Chinese, and Japanese. His journey began in eastern Tibet, where he was born, though he left at age 14 for a life of exile in India. It was there, at a Buddhist monastery, that Chef Nyima learned how to cook. He spent eight years practicing his craft while drawing inspiration from Indian ingredients and techniques.