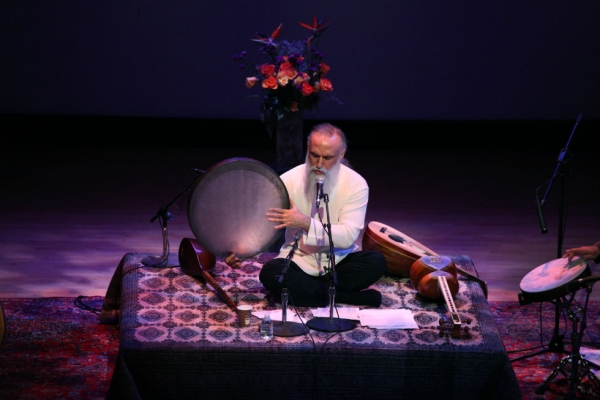 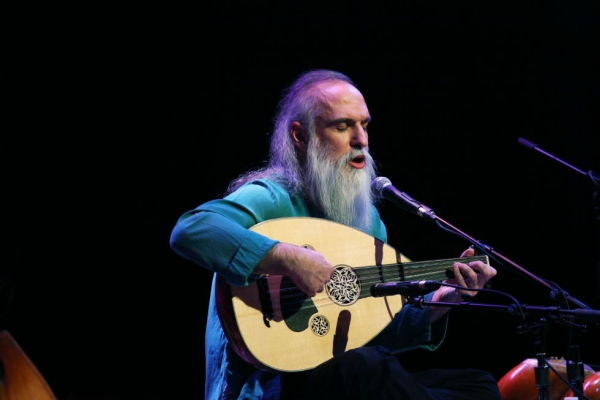 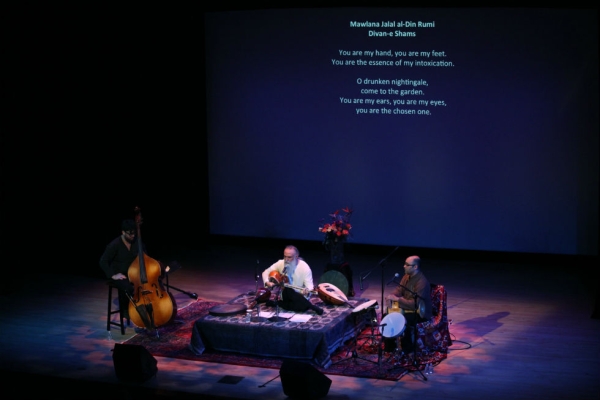 NEW YORK — Tehran-based Davod Azad is a vocalist, composer, multi-instrumentalist, and master of the tar and setar, two instruments fundamental to the Persian music repertoire. He is admired for his distinctive singing style, which integrates classical and modern spiritual elements, as well as for his stunning improvisations. He incorporates Sufism, a mystical stream of Islam, into his music; he is known for compositions that incorporate the poems of Rumi, the 13th-century poet and Sufi mystic.

Azad has performed in Sufi gatherings around the world over the past 30 years. We spoke with him backstage before his January 31 performance, a co-presentation by Robert Browning Associates and Asia Society. The concert was a part of Asia Society’s ongoing initiative Creative Voices of Muslim Asia, which seeks to highlight the diversity of Islam as a source of creative inspiration.

Could you tell us about the meaning behind your music?

For me, music is a tool to be in the present moment. I believe music has the capacity to disconnect the mind from the past and future… Musicians on the stage can feel the experience, being united with the whole universe, oneness. Even if it only happens for a few seconds in the concert, it’s a big achievement.

What has your experience been like performing on this trip to the United States?

There have been two or three of us performing. I don’t believe in a big ensemble. I think that music brings us into the present. With one instrument, you can do that. When you use a big band, it’s very difficult to find that unity and oneness, because different energies are coming from the stage. With less people, it’s easier to create that atmosphere.

So there’s a kind of transcendence, in other words, from the experience of music that allows you to get beyond yourself, and at the same time be in the moment.

Yes. There’s a story that I think would be very interesting for you. Ancient Sufis believed that we were in unity with God, and the language was music. And there was no other language, except music. Whenever we hear really deep devotion in music, it reminds us of that state of our being. That’s why Sema happens, because the spirit wants to travel out from the body and go to that state of transcendent being we were in originally.

So on the one level you have the music itself, and then you have the words of the poetry, which have all these incredible metaphors.

You know, Rumi’s poems — or the other greats poets I’m going to sing — all talk about forgetting yourself and becoming one with the divine… It’s all about love and compassion with the divine.

Is there a difference between the experience of performing the music and the audience receiving the music?

In this kind of music, the audience and the musician should become one — they should become a circle of energy. We [musicians] are also part of that circle. There is no boundary between us and the audience. You know, in lots of music, the audience is just watching the music and saying, “Wow, what great technique, what a great set” … Here, it’s beyond those things. We need technique, we need those tools to create this energy. If we let ourselves be in service of that energy, the connection is going to happen itself, spontaneously. And that’s the music that I’m looking for… The spiritual influence is what’s important for me — for people to get that spiritual influence. If even one person can receive it, I’m happy.