The Music of Yungchen Lhamo: One Drop of Kindness | Asia Society Skip to main content

The Music of Yungchen Lhamo: One Drop of Kindness 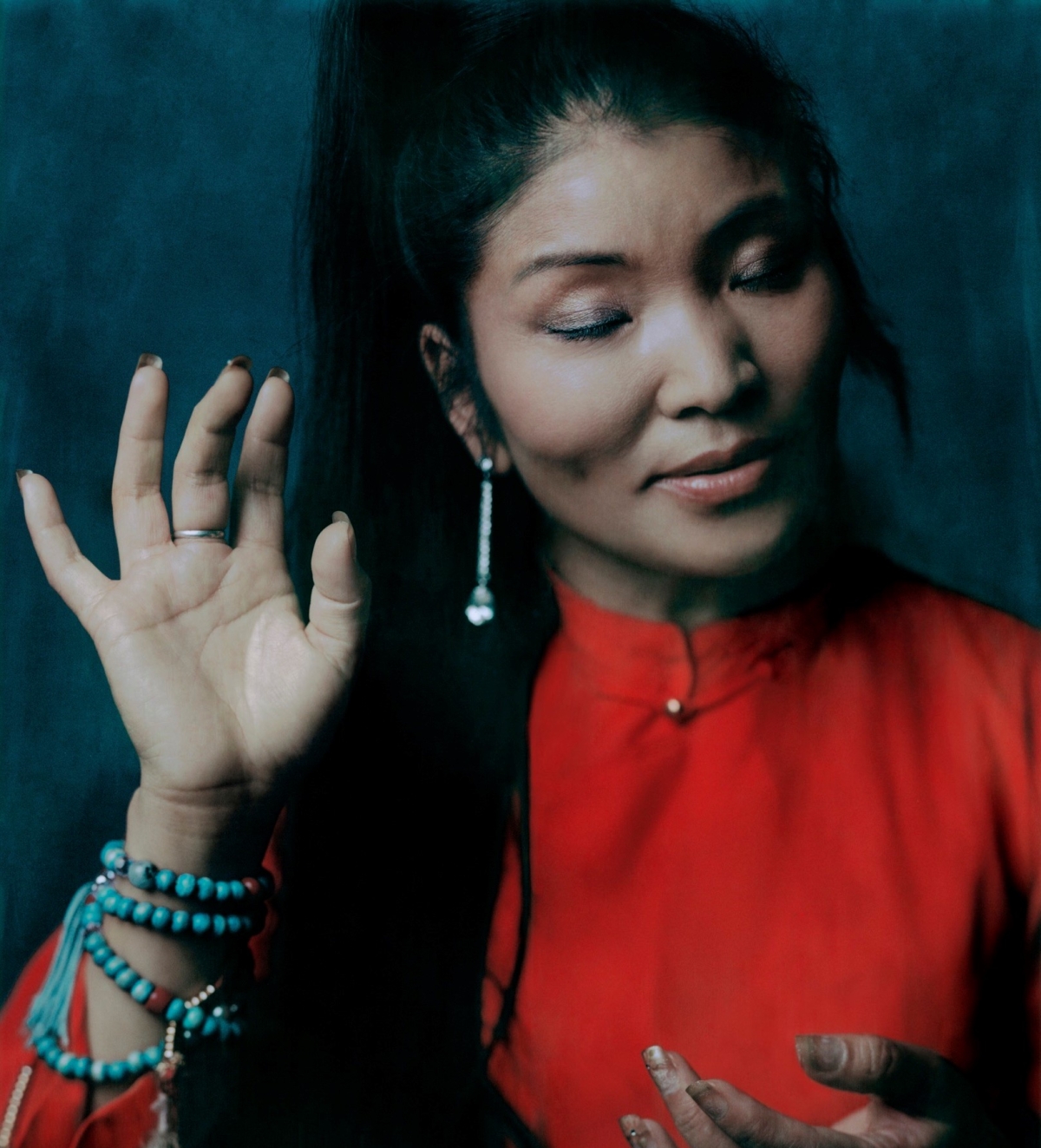 Yungchen Lhamo, courtesy of the artist.

Yungchen Lhamo is a renowned Tibetan singer who has performed in over 80 countries. Lhamo's music is inspired by spirituality and Tibetan mantras, and has been met with ecstatic critical praise worldwide. Alternately described as "beautifully evocative," "mesmerizing," "spine-tingling," and "transcendent;" Lhamo creates a space of sacred intimacy in her performance promoting the anticipated release of her new album, One Drop of Kindness: Inner Peace.

Lhamo will be joined by Bashiri Johnson on percussion and Bob Bottjer on guitar.

Yungchen Lhamo is a Tibetan singer-songwriter currently living in New York. Her name, given to her by a holy man at birth, means “Goddess of Melody and Song.” As a teenager, she traveled from Tibet across the Himalayan mountains to continue her Buddhist spiritual practice. Later, Lhamo moved to Australia, where, inspired to offer her voice to the world, she began to sing prayers of meditation that inspired her to create the album Tibetan Prayer, which won the Australian Recording Industry Award (ARIA) for Best World Album in 1995, making Lhamo the first Tibetan singer to win a prestigious music industry award.

The success of her debut album led to her signing with Peter Gabriel's Real World Records label and the release of her next album, Tibet, Tibet, featuring powerful acapella renditions of original compositions — authentic Tibetan Buddhist prayers and songs. Lhamo started touring the world and during that time was honored to have the opportunity to sing at Carnegie Hall twice with such musical greats as  Annie Lennox. Lhamo has performed with Michael Stipe, Natalie Merchant, and Mickey Hart. Lhamo also performed at the renowned Lilith Fair Festival with the female artists Natalie Merchant, Sarah McLachlan, Sheryl Crow, and Jewel, among others. Around this time, she was invited by Laurie Anderson to perform at the Royal Albert Hall in London, sharing the stage with Sir Paul McCartney, Lou Reed, Salman Rushdie, and Robert Wilson. Lhamo has continued her music with such albums as Coming Home, Ama and Tayatha, and is currently working on a new project that explores the transcendent theme of the Medicine Buddha in Tibetan culture.

Bob Bottjer is a Saugerties-based guitarist, who performs in various styles and genres on the guitar and Hawaiian steel. He has backed up artists such as Jamaica’s Ernie Smith, Indie singer/songwriter Vaughan Penn, and many others. He has performed and collaborated with Yungchen Lhamo on many occasions.

Bashiri Johnson is a New York City-based percussionist, who has appeared on many records, as well as in commercials, films, television, video games,and concert performances. He has recorded with such artists as Luther Vandross, Miles Davis, and Patti LaBelle, and has performed on stage with Sting, Michael Jackson, Whitney Houston, Lionel Richie, Aretha Franklin, and Steve Winwood.

Presented in conjunction with Unknown Tibet: The Tucci Expeditions and Buddhist Painting, on view through May 20, 2018. Stunning paintings collected by Giuseppe Tucci during his 1926–1948 expeditions to Tibet, on view for the first time in the United States. Presented together with striking photography taken during Tucci's travels.