Keynote: Moving Borders — Tibet in Interaction With its Neighbors 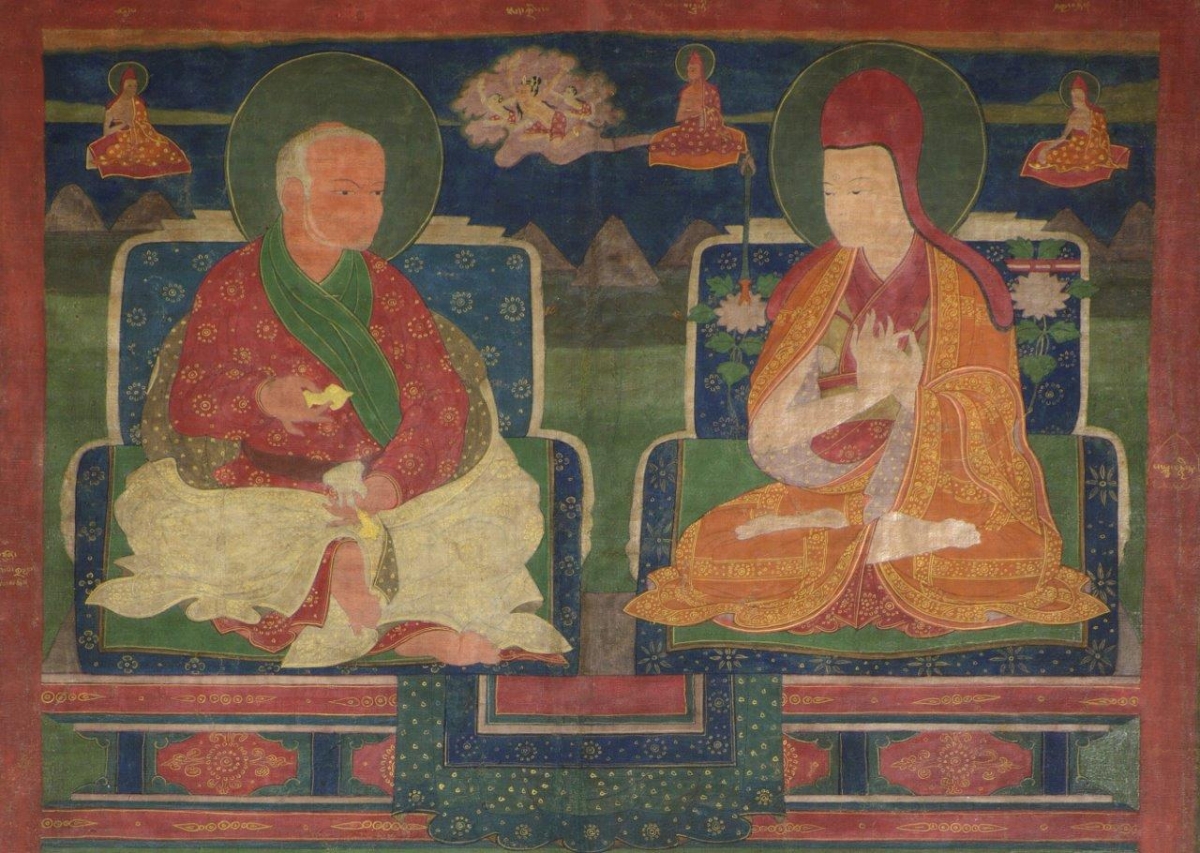 Peripheral Visions: An Indian Buddha in the Tibetan Imaginary

India holds a central place in the story of Buddhism’s arrival to Tibet, even as it lies on the geographic periphery of the Himalayan plateau. Peripheral Visions explores images, texts, and narratives of Buddha Sakyamuni’s life from the Tibetan monastery of Jonang Puntsokling, the seat of the acclaimed Buddhist master Taranatha (1575-1634). This extraordinary program of literary and visual works, executed by Taranatha in the early seventeenth century and examined by Giuseppe Tucci some three centuries later, projected the presence and prestige of a distinctly Indian Buddha onto the Tibetan landscape.

Andrew Quintman of Yale University gives the Keynote Address to introduce a day-long symposium which will focus on the topic of the moving borders of the Tibetan cultural zone across the centuries from the imperial period to the present, including the Western exploration of Tibet.

As part of Free Admission Fridays, the museum is open from 6-9 p.m. Please register for the Keynote.

International scholars, art historians, and curators focus on the topic of the moving borders of the Tibetan cultural zone across the centuries, from the Imperial period to the present, including the Western exploration of Tibet.

In conjunction with the exhibition Unknown Tibet: The Tucci Expeditions and Buddhist Painting on view through May 20, 2018

Co-organized by Asia Society and the International Center for Buddhist Studies, Renmin University of China with generous support from Christie’s and John and Berthe Ford.

Pre-order the richly illustrated book featuring works from this exhibition and more at AsiaStore.

Click for directions
Register Now
Free Admission. Reservations Required.
20180504T183000 20180504T200000 America/New_York Asia Society: Keynote: Moving Borders — Tibet in Interaction With its Neighbors Join us for the keynote address prior to a day-long symposium on the history of Tibetan culture and its shifting borders.