Asian Americans in the Political Arena

A conversation with Congressional Representatives Grace Meng and Andrew Kim 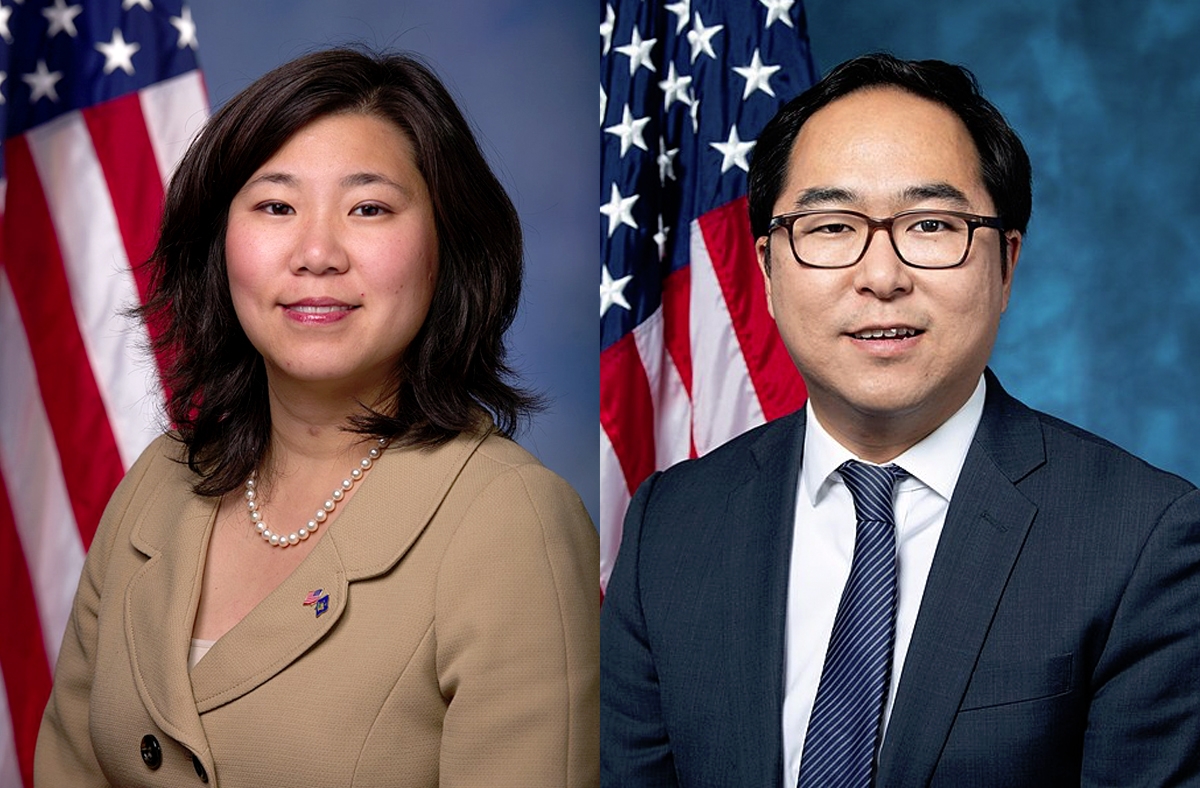 This program was rescheduled from April 8, 2019

As part of a wide-ranging discussion on political agency within Asian American communities, Meng and Kim share their unique personal experiences, perspectives, and lessons learned throughout their journey in politics.

U.S. Congressman Andy Kim was elected to the U.S. House of Representatives in 2018. He represents the Third Congressional District of New Jersey, which stretches from the Delaware River to the Atlantic Ocean encompassing most of Burlington County and parts of Ocean County. Congressman Kim grew up in South Jersey, the proud son of Korean immigrants. His father and mother raised Andy and his sister in South Jersey because of the top-notch public school system and safe communities. Andy attended public K-12 schools and credits the quality of his education with helping him become a Rhodes Scholar and leading national security expert. Andy is a dedicated public servant, who believes service is a way of life. He worked as a career public servant under both Democrats and Republicans, and served at the Pentagon, State Department, the White House National Security Council, and in Afghanistan as an advisor to Generals Petraeus and Allen. He currently lives in Burlington County with his wife and two baby boys.

U.S. Congresswoman Grace Meng is serving her fourth term in the United States House of Representatives. Grace represents the Sixth Congressional District of New York encompassing the New York City borough of Queens, including west, central and northeast Queens.  Grace is the first and only Asian American Member of Congress from New York State and the first female Congressmember from Queens since former Vice Presidential nominee Geraldine Ferraro. Grace is a member of the powerful House Appropriations Committee and its Subcommittees on State and Foreign Operations, and Commerce, Justice, Science and Related Agencies. Prior to serving in Congress, Grace was a member of the New York State Assembly. Before entering public service, she worked as a public-interest lawyer. Grace resides in Queens with her husband, Wayne, two sons — Tyler and Brandon — and her dog, Bounce.

Tom Nagorski (moderator) became Executive Vice President of the Asia Society following a three-decade career in journalism — having served most recently as Managing Editor for International Coverage at ABC News. Before that, he was Foreign Editor for ABC’s World News Tonight, and a reporter and producer based in Russia, Germany, and Thailand. Nagorski was the recipient of eight Emmy awards and the Dupont Award for excellence in international coverage, as well as a fellowship from the Henry Luce Foundation. He has written for several publications and is the author of Miracles on the Water: The Heroic Survivors of a World War II U-Boat Attack. Nagorski lives in Brooklyn with his wife and two children.