Cambodia's Genocide and the Power of Art 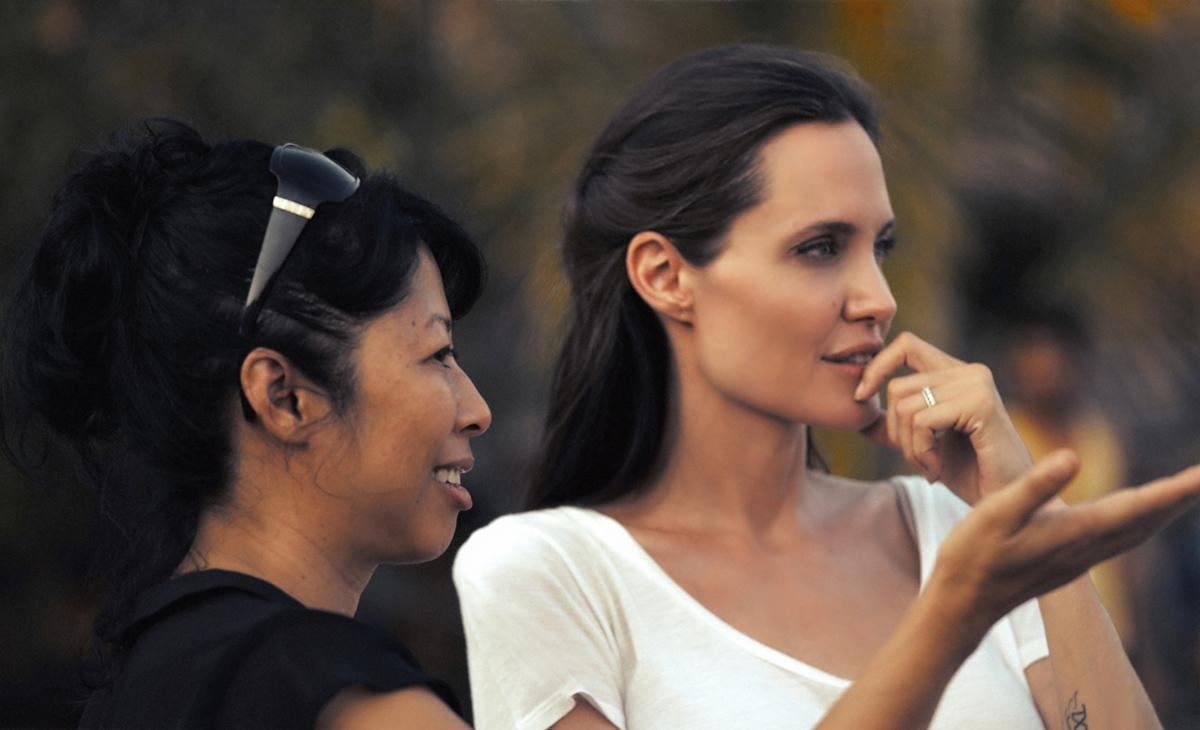 Between 1975 and 1979, the Khmer Rouge regime systematically killed more than 1.5 million people in Cambodia through executions, starvation, and forced labor in one of the 20th century's most horrific acts of genocide. In the decades since, artists have faced an essential quandary: How does one reckon with such an atrocity without triggering the nightmarish memories of survivors? Or, as put by Angelina Jolie: How can art about the Cambodian genocide "be cathartic and not traumatic?"

Jolie, an Academy Award-winning actress, director, and humanitarian, is well positioned to tackle this question. Her latest directorial effort, First They Killed My Father, is drawn from the searing memoir of Loung Ung, a survivor of the Khmer Rouge who as a young girl overcame forced labor, near starvation, military conscription, and the deaths of her parents before fleeing the country and ultimately settling in Vermont. Jolie and Loung appeared at Asia Society on Thursday to discuss their film alongside Rithy Panh, an acclaimed documentary filmmaker and screenwriter whose ritual musical Bangsokol: A Requiem for Cambodia has its U.S. premiere this weekend; and Phloeun Prim, the executive director of Cambodian Living Arts. The four engaged in a conversation, moderated by Ford Foundation President Darren Walker, about preserving the historical memory in Cambodia, a country where 70 percent of the population is under the age of 30.

Upon taking power in 1975, the Khmer Rouge engineered a vast reordering of society, ordering urban residents to relocate to the countryside in order to work on collective farms. Citizens were denied their individuality and treated as cogs in an ideological system whose negation of history was so complete that it referred to its takeover as "year zero." Loung said she wrote her story in order to preserve the memory of her parents, whom she last saw as a girl in Cambodia. "I wanted [their] descendants who never had the opportunity to meet them to know their story — as fully fleshed out individuals."

The California and New York-reared Jolie first visited Cambodia as a young actress during the filming of Lara Croft: Tomb Raider and was struck by how little she knew. "Through meeting people in the country, I saw how resilient, how spirited, how dignified, and how beautiful they were. I couldn't believe I had gone 23 years without knowing."  In the years since, Jolie has forged an inextricable link with the Southeast Asian country, where she has obtained citizenship and where she became a mother following the adoption of her Cambodian-born son, Maddox. But in making First They Killed My Father, she remained aware of her status as an outsider. "This is not my history," she said. "I didn't want to get it wrong."

The story of the Khmer Rouge is, in an important way, unfinished. Hun Sen, who had been a Battalion Commander in the Khmer Rouge before fleeing to Vietnam, has served as Cambodia's prime minister since 1985 and tolerates little opposition. A tribunal established in 2006 to prosecute surviving Khmer Rouge leaders has yielded just three convictions in 11 years. In any case, said Rithy Panh, "there is no justice for genocide."

But the need for remembrance remains. Phloeun Prim described having four generations of his family — his children, his mother, and his grandmother — attend the premiere of First They Killed My Father at Angkor Wat, the temple complex that serves as Cambodia's national symbol. After the screening, Phloeun's children asked their grandmother whether the events depicted in the film were real. She said they were. "It was the first time I heard my mother speak about that time," Phloeun recalled. "She started telling the story of how my parents survived, how when I was three years old I was brought to the jungle and it was difficult and how my dad kept holding my mom's hand."

"It was the first time I had heard that story," he said. "And that's the power of art."

For Loung, reactions like these are why she wanted to share her story in the first place.

"We are the authors of our own lives," Loung said. "It's a powerful thing. And it's a power that not enough of us use."