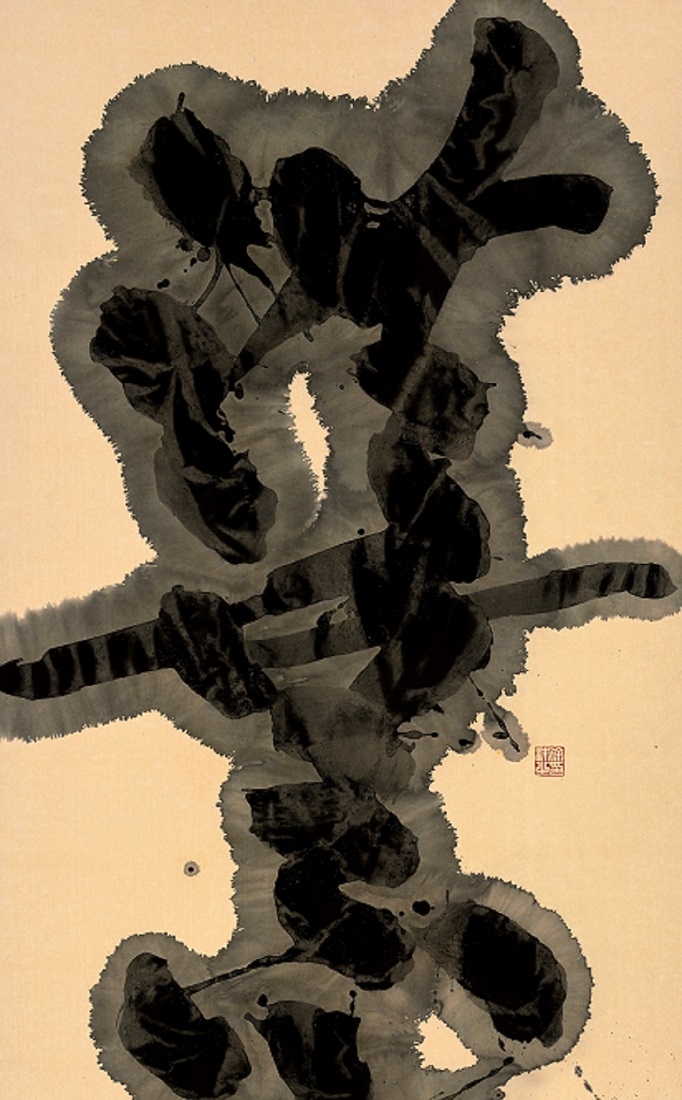 In 2002, Robert Indiana was preparing his first exhibition in Asia. For this show, Indiana created his first artwork with Chinese character. Since then, the artist created a series of artwork with the Chinese character orlove 愛 (_ai_). Indiana imparted the word into a human likeness — a head, a heart, and legs. The artist found its configuration to resemble his creation of LOVE sculpture, which was originally designed for Christmas cards to fit into a square envelope.

CHUI Pui-chee studied calligraphy under Professor Jat See-yeu and Professor Wang Dongling. Chui received his BA from the CUHK Fine Arts Department and MA and PhD from the Calligraphy Department at the China Academy of Art in 2007 and 2010 respectively. He is a leading calligrapher equipped with exceptional repertoire and expertise. Competent in a wide range of scripts, Chui's calligraphy exerts a dynamic and vigorous quality; while his painting derives from the structure of calligraphic fundamentals. In 2012, Chui received the Young Artist Award from the Contemporary Hong Kong Art Competition. His works were amassed by the Hong Kong Museum of Art, Ashmolean Museum of Art and Archaeology of University of Oxford and private collectors. Solo exhibitions include “My Tiresome at the Bottom of Valley” (2015), and “In Calligraphy In Me” (2013).