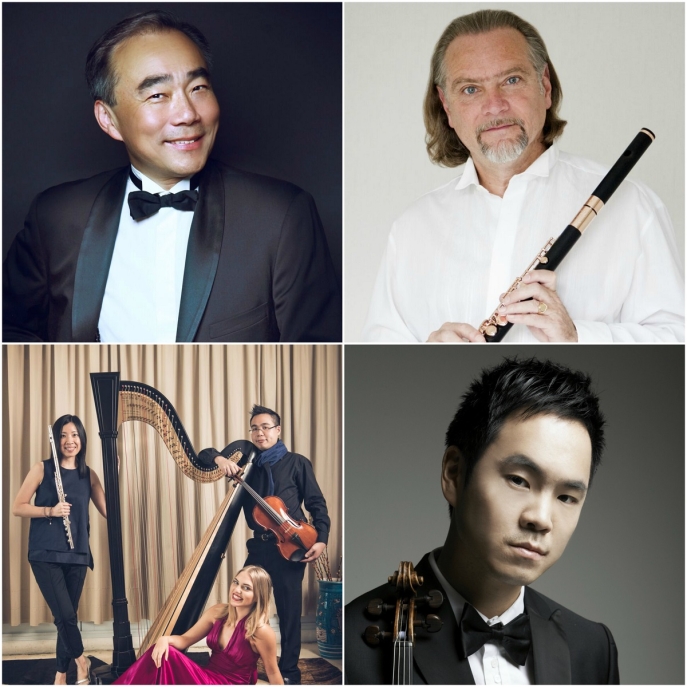 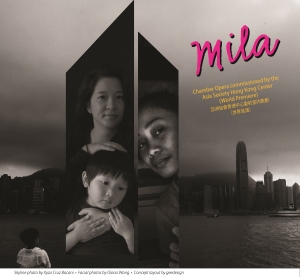 The Outreach and Education Program of the Hong Kong International Chamber Music Festival is returning to Asia Society Hong Kong Center in January 2018! This extraordinary outreach and education program is designed to inspire both concert-goers and music students. The program features an incredible range of events from music lectures to family concerts, chamber music coaching, instrumental masterclass and more. All programs are free and open to the public.

This event will be conducted in Cantonese.
本講座將以廣東話進行。

Sought after composer Dr. Austin Yip’s works have been performed worldwide. His recent works, Wind Quintet No.1: Eagle Eyes (2016), has been performed in Italy, Netherlands, U.K., Thailand, and Japan by various wind quintets; String Quartet No.5: Time Motor (2017) was premiered by the Mivos Quartet (U.S.); and Metamorphosis (2016) was commissioned and premiered by the Hong Kong Philharmonic Orchestra, it was also awarded the CASH Golden Sail Music Award in 2017. His scores are published by ABRSM (UK), BabelScores (France) and Hong Kong Composers Guild, and his CDs are released by Ablaze Records (U.S./ Australia), Navona Records (U.S.), Hugo Productions (Hong Kong) and Hong Kong Composers Guild. Dr. Yip is a lecturer at the Hong Kong Baptist University.

"Inside Chamber Music" Debussy: Sonata for Flute, Viola and Harp

This is a streamed lecture from distinguished composer and radio personality, Bruce Adolphe, delivered in New York City for the Chamber Music Society of Lincoln's Center. The featured piece is Debussy: Sonata for Flute, Viola and Harp, followed by a live music performance by Lilac Trio: Juliana Beckel (harp), Venus Chu (flute), and Born Lau (viola).

Violist Richard Yongjae O’Neill is one of the most in-demand musicians of his generation. An Emmy Award winner, two-time Grammy nominee, and Avery Fisher Career Grant recipient, Richard has achieved recognition and critical acclaim not only as a champion of his instrument but also as a social and musical ambassador. A Universal/ Deutsche Grammophon recording artist, he has made ten solo albums and numerous chamber music recordings, selling more than 200,000 copies. A champion of contemporary repertoire, he has premiered works composed for him by Elliott Carter, John Harbison, Huang Ruo, and Paul Chihara. In his 10th season as artistic director of his chamber music initiative DITTO, he has introduced tens of thousands to chamber music in South Korea. He is a member of the Chamber Music Society of Lincoln Center and was honored with a Proclamation from the New York City Council for his achievement and contribution to the arts. He performs on the viola made by Matteo Goffriller of Venice, the “ex-Trampler”, made in 1727.

Patrick Gallois leads a highly successful international career as both soloist and conductor. From the age of 17, he studied the flute with Jean-Pierre Rampal at the Paris Conservatoire, winning the Premier Prix two years later. At the age of 21, he was appointed principal flute in the Orchestre National de France, under Lorin Maazel. He held this post until 1984 when he decided to focus on his solo career which has subsequently taken him throughout the world. He regularly performs and records with leading conductors and has been invited to appear as a soloist with major orchestras in Europe and in Asia, in leading international festivals, and annual masterclasses at the Accademia Chigiana in Siena. Both as a conductor and as a flutist he has a wide repertoire, with a strong taste for contemporary music, and many new works have been dedicated to him. His award-winning discography currently includes some 75 recordings, on the Deutsche Grammophon and Naxos.

The Fiesta Brass Quintet is made up of five outstanding young musicians from Hong Kong who are passionate about performing. The group was formed in 2017 and is the second ensemble established by Premiere Performances after the successful launch of the Viva! Pipers Woodwind Quintet in 2014. The members were recruited through a public audition process and are now receiving professional training from visiting professional ensembles and music specialists from Musica Viva Australia, the official partner of Premiere Performances' Chamber Music In Schools Program. Fiesta Brass Quintet is scheduled to give their first school tour in early 2018.

The Open Rehearsals cover three notable pieces including Tchaikovsky String Sextet, Telemann Concerto for Four Violins and Mozart Flute Quartet. This is a unique opportunity for the audience to experience how members of an ensemble interact with each other during a rehearsal before their performance of Russian Farewell and Viennese Interlude at Hong Kong City Hall on January 22 and 24, 2018.