The Cambodian Version of the Ramayana 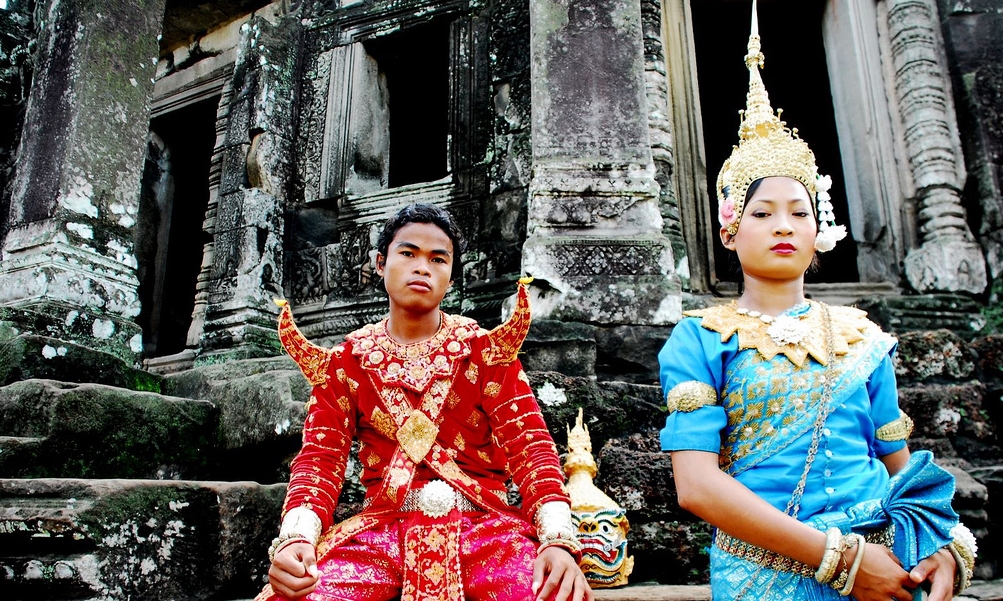 Stone reliefs on Cambodia's temples from as far back as the 10th century depict scenes from the epic narrative of Indian origin, the Ramayana. Statues of the poem's heroes were worshipped in temple sanctuaries. While the Ramayana has been an important epic in India for at least two thousand years, the literary text of the Khmer adaptation of the Ramayana, the Reamker, dates to the 16th or 17th century. The story centers on Rama (Preah Ream, in Khmer), a prince who was exiled to the forest, through no fault of his own, for fourteen years. Following many adventures, including the abduction of his wife Sita (Neang Seda) by the evil giant Ravana (Reap), and her eventual rescue with the help of an army of monkeys guided by Hanuman, Rama returns home in triumph and claims his throne. Though the general storyline of the Ramayana was conserved in Cambodia, the Khmer text contains episodes and innovations unique to Cambodian and other Southeast Asian cultures. An example of a story that does not appear in Indian texts and performance is that of the encounter between Hanuman, the monkey general, and Sovann Maccha, the mermaid, a favorite of Cambodian audiences.

In the Reamker, issues of trust, loyalty, love, and revenge are played out in dramatic encounters between princes and giants, monkeys and mermaids, and a forlorn princess. Indeed, though it is understood that Preah Ream is an incarnation of the Hindu god Vishnu, his characteristics and those of the others in the story are interpreted in Cambodia as those of mere mortals, not of the gods as is the case in India. The complex interplay of strengths (bravery, foresight) and weaknesses (distrust, trickery)—though couched in episodes lined with magic—none the less represents aspects of decidedly human social behavior.

The Reamker serves as an inspiration for various genres of performance in Cambodia. Classical dance-drama, all-male masked dance-drama, and shadow puppet plays all include episodes in their repertoire. The Reamker is traditionally the only story performed by all-male masked dance-drama and large shadow puppet play troupes, though each focuses on different episodes. Thematically, however, there is, of course, considerable overlap.