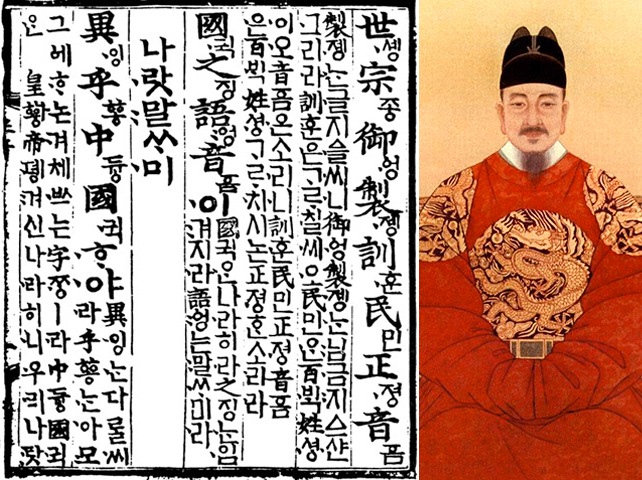 From my perspective, there’s almost nothing more thrilling than learning to use a new writing system. You’re gaining access to a whole secret code that many others cannot penetrate. The romance of Champollion’s decipherment of Egyptian hieroglyphs or Michael Ventris’ work on Linear B, not to mention the fascinating story of what archaeologist Michael Coe has dubbed “breaking the Maya code,” simply continue to inspire. It’s the sheer pleasure of those old Hollywood movies with archaeologists breaking into sealed tombs by lamplight. Advanced mathematics is pretty much the same story—lots of symbols that most ordinary mortals cannot fathom.

If you’ve ever tried to learn a new writing system, you’ll know how exhilarating it can be. Of course, it can also be a frustrating process, and one which makes us wonder why the whole world doesn’t just speak English and write with the Latin script! If you’ve learned Greek or Russian, you’ll realize that it’s a pretty easy transition from English, and that they operate with essentially the same set of rules and use many similar letters. If you’ve tried Sanskrit, Arabic, or Chinese, for example, you’ll know that those languages take quite a bit more effort for an English speaker. They may be written in different directions, or leave out vowel sounds, and the letter forms may change depending on the context (that is, what other letters appear with them). And Chinese, of course, is another matter entirely, with a logographic system that has developed over millennia, and that encodes both sound and meaning, with thousands of unique characters.

Learning to write Korean, however, is one of the great pleasures for any language learner—it’s logical, consistent, and wonderfully elegant in its construction. It’s no exaggeration to say that one can get a fairly good grasp of it in just a few hours. In fact, it’s one of the youngest writing systems in the entire world: it was officially announced by the Choson dynasty King Sejong in 1446. Before that time, Koreans wrote almost exclusively in Classical Chinese, and less often in a number of different adaptations of Chinese characters to write the Korean language. The Chinese script is very well suited to the nature of the Chinese language, but not so wonderful for writing languages with more complex grammatical systems, like Japanese and Korean.

Korea is perhaps the only country in the world to have a holiday to celebrate the development of its writing system, known as hangul. In South Korea, they do so on October 9, close to the date on which the script was officially promulgated by the king. Because of the sheer sophistication and elegance of the Korean alphabet, Hangul Day should be an annual celebration for linguists, writers, language educators, and frankly anyone else who cares about language.

Indeed, legendary University of Chicago linguist James McCawley was famous for holding Hangul Day celebrations every year and for championing the holiday as an international celebration for linguists. In an interview shortly before his death in 1999, McCawely noted that “Hangul is the most ingeniously devised writing system that exists, and it occupies a special place in the typology of writing systems.” He adds that it is “the only writing system in the world that divides sentences not only into words and syllables and individual sounds, but also articulatory features, and the achievement of its creators in the 1440s was really amazing. They were doing work that would qualify as excellent linguistics by the standards of 5oo years later.”

Hangul is an alphabet. That is, each letter corresponds to what linguists refer to as a phoneme—essentially just an individual sound (a vowel or consonant). This differs from other writing systems, like Japanese, that are syllabaries, in which each letter represents a full syllable. So in Korean, to write the sound /ka/, like in English, you write the two letters “k” ㄱ + “a” ㅏ to make the compound 가. In Japanese, by contrast, for the sound “ka,” you only write one letter, “ka” か. That sounds convenient, until you realize that you then have to learn separate letters to write “ki” き, “ku” く, “ke” け, “ko” こ, and “ra”ら, “ri”り, “ru”る, “re” れ, “ro” ろ, etc. This results in 46 distinct letters, almost double the number used in the English alphabet. The phonology of Japanese is mercifully quite simple. If we were to use a syllabic writing system for English or Korean, we’d need many more letters to record the individual sounds of the language.

What’s great about Korean is that you write words with individual letters (phonemes) but also keep them in syllabic units. So the word for “Korea,” hanguk 한국 is written as two syllables, /han/한 + /guk/ 국. McCawley also mentions articulatory features, which are things like aspiration (exhaling from the mouth when pronouncing a sound) or voicing (vibration in the vocal cords when pronouncing a sound). Korean letters show the connections, for example, between aspirated and unaspirated, and unvoiced versions of the same sound, e.g. /ga/가and /ka/카, /da/다and /ta/타, /ba/바and /pa/파, and /ja/자 and /cha/ 차. What’s even more interesting about Korean is that the letter shapes for the consonants are made to look like the positions of the mouth, teeth, tongue, and throat when pronouncing the sounds. Some of these are a bit hard to see, but the /n/ ㄴ , for example, represents the tip of the tongue raised toward the soft palate (the upper gum line) and the /k/ㄱ represents the back of the tongue being raised in the same direction. The vowels have associations with traditional philosophical ideas, especially yin and yang.

It’s clear that King Sejong and the linguists who helped to devise the script had a clear understanding of Chinese phonetics, phonology, and linguistic theory, and also familiarity with the ‘Phags-pa script, which was designed by a Tibetan monk for Kubhilai Khan as a universal writing system for all the languages of the empire, including Tibetan, Mongolian, and Chinese. In this sense, more than almost any other script in use today, hangul was the culmination of an organized, scientific process aimed at creating an efficiently elegant writing system.

If Korean TV dramas, movies, pop songs, or video games aren’t reason enough to start learning Korean, then hangul might just be all the motivation you need!