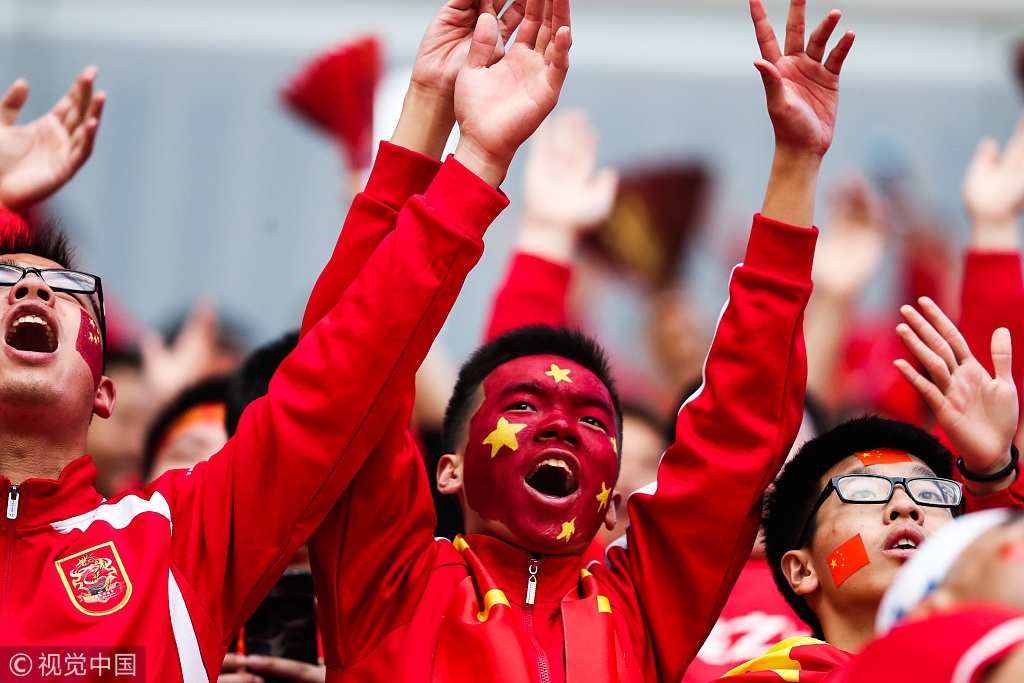 The FIFA World Cup—the ultimate stage for soccer teams around the globe—takes place every four years, and is for some Chinese fans the only reason they’ll turn on their televisions. Most fans are either diehard fans like my brother, who won’t miss any matches of their favorite teams; or they are “fake” fans who simply want to see those handsome, muscular, and exotic-looking soccer stars; and, of course, there are gamblers who wish to steal a fortune.

In any case, it seems no one is willing to miss the best soccer tournament ever created, the “war between countries during peacetime.” But why were there so many Chinese fans in the bleachers, accompanied by many Chinese advertisements on the boards around the field, when the Chinese team wasn't even on the field? Fans could simply turn on the TV and enjoy the matches from a better angle, right?

Here's my take: Compared to past events held in Western Europe, North America, and South America, Russia is a lot closer to China, and the flight from Beijing to Moscow only takes 7 hours, not to mention the more tourist-friendly option: K19, a joyful train ride from Beijing to Moscow, which presents the beauty of China’s northern grassland to its riders.

However, the convenience of transportation between China and Russia does not thoroughly explain the increasing number of Chinese tourists at the World Cup. This is not only a phenomenon seen at this grand event, but also everywhere else around the globe. It doesn't matter where he goes—Wales, Luxemburg, South Africa—my dad can always find a Chinese restaurant with some decent Kung Pao Chicken.

China has become one of the largest contributors to tourism due to its booming economy. The living standard of its citizens has overall increased. People no longer only long for a steamy bowl of rice; instead, the new generation has begun seeking more fun in the sports arena. With the advancement of internet and television, we can now access nearly any content—from an international friendly match between Vietnam and Thailand, to the rivalry between Germany and Italy. In addition to soccer, China has become the largest international market for the NBA. From my personal experience, one can rarely find a student who has not heard of Kobe Bryant by middle school.

Not only are common Chinese soccer fans interested in the sport, but the government also contributes to the growth of China’s sports industry by allowing private soccer clubs to invest more into competition, expanding the influence of our own "Super League." For example, in 2015 Guangzhou Evergrande bought the Brazilian midfielder Paulinho with €14 million from Tottenham Hotspur. Due to his excellent performance, Barcelona later bought this box-to-box player with €40 million. Other noticeable stars who have been introduced to the Chinese league are Jackson Martinez, Hulk, Tevez, Ramirez, Oscar, Carrasco, Mascherano, Witsel and Teixeira. Most of the above players are either crucial members of the current national team or of the national team when they were bought. The most shocking transfer was the Jiangsu Suning's purchase of Alex Teixeira, a talented Brazilian attacker introduced to China, for €50 million from Shakhtar Donetsk.

Even though China is still on its way to building a team capable of winning the qualifier, the influence of soccer has been vastly spreading among its citizens. With growing wealth, local soccer clubs are able to afford millions of euros to attract stars from European superteams, and more diehard fans are motivated to chase after their favorite players in person rather than in front of the TV screen.

Jerry Tian was born and raised in Shenzhen, China. He is currently a rising 9th-grader at Cardigan Mountain School in New Hampshire. Tian enjoys playing soccer, tennis, and wrestling, and spent this summer working at a local orphanage in Shenzhen while watching the 2018 FIFA World Cup.